Can't Deny Gold Medal To Student Scoring Highest Mark For The Reason That He Could Not Attend Exam In The First Chance: Delhi HC [Read Judgment] 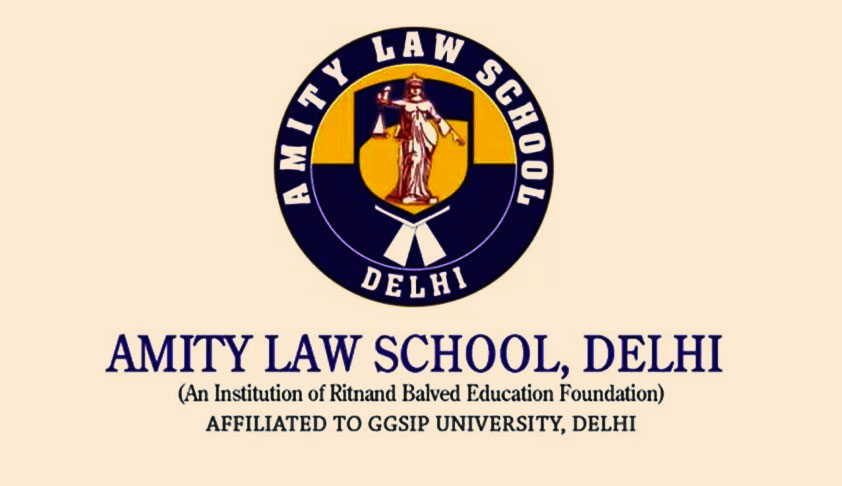 The Delhi High Court on Tuesday held that the sitting for an examination by a student in the successive academic year, by reason of his inability to write the examination as per the schedule of the curriculum on account of circumstances beyond his control, shall still qualify as the student’s ‘first attempt’. The High Court also observed that the University could not deprive the student of the award for achieving the highest score in the batch on the ground that he took the examination in respect of two papers in the following year.

The present petitioner was enrolled in the 5 year course of B.A.LL.B in the year 2010 at the Amity Law School affiliated to the Guru Gobind Singh Indraprastha University. For his 6th semester examination, out of 5 papers he could not appear in 2 papers i.e. the paper of Code of Civil Procedure and the paper of Code of Criminal Procedure; these two examinations were scheduled for May, 2013. The petitioner could not appear in the said examinations as he was suffering from a highly infectious disease i.e. the disease of chicken pox.  Petitioner wrote his examination in the aforesaid 2 papers in the year 2014.  He had passed with flying colours.  He graduated from the University with the highest score/Cumulative Performance Index (CPI) for his course i.e. 80.56.

In February, 2016, the petitioner was shocked to learn that he was not being considered for the award of Gold Medal in spite of him having achieved highest score in his course.

The respondent University opposed the prayer of the petitioner before the High Court. The submission advanced on behalf thereof was that under ‘Ordinance XI’ of the University, the governing ordinance, any student who fails to appear in examinations at the first time and thereafter appears in the said examinations on a subsequent date would qualify as a “second attempt” on his part. Reliance was also placed on an order of the University- “For programmes of study with credit based evaluation, the student obtaining highest CPI at the end of the study in a given programme group/programmes of study shall be eligible for the award of the gold medal and/or exemplary performance certificate, if the student has passed every paper/course in the first attempt.”

The Delhi High Court relied on the judgement of the Punjab and Haryana High Court in Rubinder Brar v. Punjab University, Chandigarh, the Rajasthan High Court in Sovila Mathur v. Maharshi Dayanand Saraswati University and the Supreme Court in Abhijit v. Dean, Government Medical College, Aurangabad to arrive at the conclusion that examinations taken by the present petitioner in the year 2014 shall be regarded as his “first attempt” and directed the respondent University to confer the Gold Medal on him.

The Court, however, refused to disturb the status of the co-student, also impleaded as a respondent in the present writ petition, who, having sat for the examinations in 2013 and securing the second highest CPI, was awarded the Gold Medal by the University.