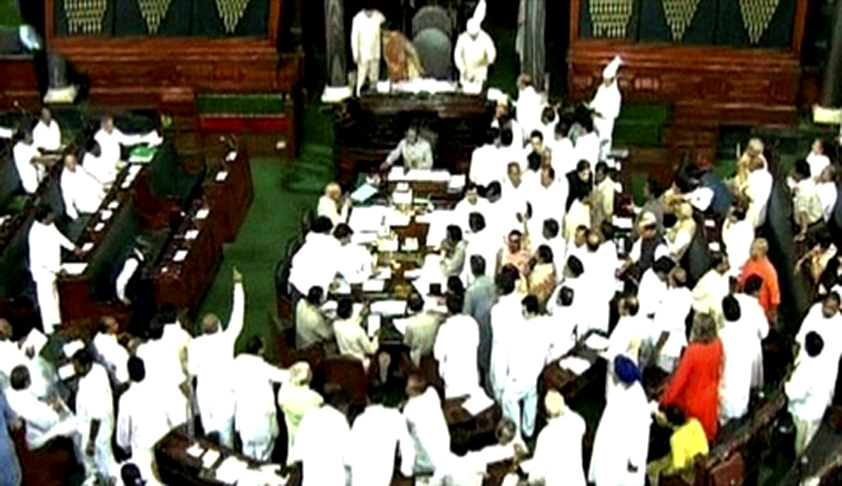 Holding that it cannot cross the lakshman rekha or overstep its limits, the Supreme Court today dismissed a PIL filed by Foundation for Restoration of National Values, seeking laying down of guidelines for the smooth, unobstructed and unhindered functioning of the Parliament of India.Metro man E Sreedharan is a key member of the NGO that has in its advisory board a long list of prominent...

Holding that it cannot cross the lakshman rekha or overstep its limits, the Supreme Court today dismissed a PIL filed by Foundation for Restoration of National Values, seeking laying down of guidelines for the smooth, unobstructed and unhindered functioning of the Parliament of India.

Metro man E Sreedharan is a key member of the NGO that has in its advisory board a long list of prominent citizens like Ratan Tata, M N Venkatachaliah, N Vittal and Vibha Parthasarthi.

The petition was filed after the monsoon session of the parliament almost got washed out due to Lalitgate and other controversies.

“You want the Houses to kept clear and in order. Have you kept your house clear? As the Chief Justice I know what you all are doing. When you have not kept your house in order how can you ask them to?”Chief Justice H L Dattu asked the lawyer for the NGO in an apparent reference to lawyers protest in chennai with many barging into Chief Justices courtroom seeking declaration of Tamil as courts official language.

“No we cannot issue any order in the PIL. Speakers of the houses know how to manage things. See there is a lakshman rekha we cannot interfere into everything. It is not for us to meddle with. We cannot say parliament has to be run in a particular manner. See it is a democracy parliamentarians know better. We are not in a position to teach them anything”, said CJI Dattu.

“Make an appropriate representation to the parliament it is not for the court..if there is any lacunae in the system they shall make appropriate amendments..they are people with wisdom. They know how to conduct themselves we do not have to advise them we would be overstepping our limits”, said the bench. When the petitioner said even President Pranab Mukherjee had expressed serious concern over disruptions, CJI Dattu said “OK. If the president has mentioned it in his speech they will take it seriously”

The PIL had contended: “It is a matter of grave concern for the public at large, and for all right thinking Indians that the current monsoon session of Parliament (21 July to 13 August), has literally been washed away by sustained disruptions, unruly protests and abstinence by its elected constituents, thus gravely belying and eroding the faith and trust reposed in them by the electorate of India. Resultantly, several important bills and legislative measures have not seen the light of day, and the stalemate continues unabated.”

The Petition refers to the legislative agenda of the monsoon session of the Parliament, which has been convened from 21 July to August 13, 2015. The agenda includes 11 legislative bills currently pending in Parliament for consideration and the introduction of 9 new bills, which include important legislations such as the Right to Fair Compensation and Transparency in Land Acquisition, rehabilitation and Resettlement (Second Amendment) Bill 2015 and the Constitution (122nd Amendment) Goods & Services Tax (GST) Bill 2014, among others.

However, Parliament has been facing disruptions and adjournments at the behest of some of the opposition parties since 22 July, which still continue unabated, despite certain measures,“thus resulting in Parliamentary business relating to matters of national and public importance, remaining inconclusive and pending.”

It further states, “This venerated institution, the uninterrupted working of which forms the core of our Constitutional scheme, and the life blood of Parliamentary democracy in this country, has been facing severe disruptions in its functioning from the representatives of the people, thereby gravely affecting the public and national interest, sullying the name and reputation of this august institution, and resulting in crores of public money being wasted on unproductive and marred sittings of Parliament.”

It says that the Parliament is unable to rid itself of the “malaise of disruptions and interruptions by its own constituents”, “which has brought this great institution and its pivotal role in a democracy, into disrepute, ridicule and public outcry”. The nature and manner of disruptions, which are wholly unacceptable in a civilized society, neither reflect dissent or censure, but criminal intimidation, unreasonable obstruction and breach of the public trust and faith, which ordinarily and otherwise would constitute offences punishable by law.

It hence prayed for guidelines to be laid down to ensure that the public at large and the public exchequer are not adversely affected on account of Parliamentary proceedings being unreasonably and unjustifiably obstructed, stalled and disrupted.