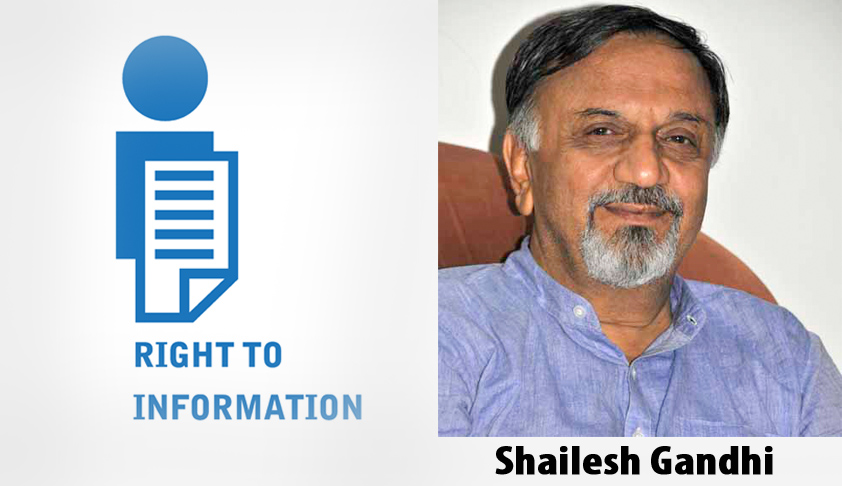 This judgement (Girish Ramchandra Deshpand vs. Cen. Information Commr. & Ors - (2013) 1 SCC 212)  is being read as a precedent to be followed by public information officers, Information Commissions and courts across the country and is constricting the citizen’s Right to Information significantly.

The issue before the Court: Whether the information pertaining to a Public Servant in respect of his service career and also the details of his assets and liabilities, movable and immovable properties, can be denied on the ground that the information sought for was qualified to be personal information as defined in clause (j) of Section 8(1) of the RTI Act.

The observations of the Court: “12. The petitioner herein sought for copies of all memos, show cause notices and censure/punishment awarded to the third respondent from his employer and also details viz. movable and immovable properties and also the details of his investments, lending and borrowing from Banks and other financial institutions. Further, he has also sought for the details of gifts stated to have accepted by the third respondent, his family members and friends and relatives at the marriage of his son. The information mostly sought for finds a place in the income tax returns of the third respondent. The question that has come up for consideration is whether the above-mentioned information sought for qualifies to be "personal information" as defined in clause (j) of Section 8(1) of the RTI Act.

The Court held that: The Apex Court has held that copies of all memos, show cause notices and orders of censure/punishment, assets, income tax returns, details of gifts received etc. by a public servant are personal information as defined in clause (j) of Section 8(1) of the RTI Act and hence exempted.

My analysis of the judgment: The judgement has expanded the scope of Section 8 (1) (j) without any discussion or interpretation of the law. The only justification is that it agrees with the decision of the CIC. The Court mentions,” The performance of an employee/officer in an organization is primarily a matter between the employee and the employer”, forgetting that the employer is ‘we the people’ who gave ourselves the constitution. Section 8 (1) (j) exempts “information which relates to personal information the disclosure of which has no relationship to any public activity or interest, or which would cause unwarranted invasion of the privacy of the individual unless the Central Public Information Officer or the State Public Information Officer or the appellate authority, as the case may be, is satisfied that the larger public interest justifies the disclosure of such information:

The Supreme Court has missed realising that the exemption applies to personal information only if it has no relationship to any public activity or is an unwarranted invasion on the privacy of an individual. Besides the Court should have applied the acid test of whether the information would have been denied to Parliament. It also appears to be contrary to the following two judgements of the Supreme Court:

The ratio of this judgement was:

“28. We may now summarise the broad principles flowing from the above discussion:

(1) the right to privacy is implicit in the right to life and liberty guaranteed to the citizens of this country by Article 21. It is a "right to be let alone." A citizen has a right to safeguard the privacy of his own, his family, marriage, procreation, motherhood, child bearing and education among other matters. None can publish anything concerning the above matters without his consent - whether truthful or otherwise and whether laudatory or critical. If he does so, he would be violating the right to privacy of the person concerned and would be liable in an action for damages Position may, however be different, if a person voluntarily thrusts himself into controversy or voluntarily invites or raises a controversy.

(2) The rule aforesaid is subject to the exception, that any publication concerning the aforesaid aspects becomes unobjectionable if such publication is based upon public records including Court records. This is for the reason that once a matter becomes a matter of public record, the right to privacy no longer subsists and it becomes a legitimate subject for comment by press and media among others. We are, however, of the opinion that in the interest of decency (Article 19(2)) an exception must be carved out to this rule, viz., a female who is the victim of a sexual assault, kidnap, abduction or a like offense should not further be subjected to the indignity of her name and the incident being published in press/media.

(3) There is yet another exception to the Rule in (1) above - indeed, this is not an exception but an independent rule. In the case of public officials, it is obvious, right to privacy, or for that matter, the remedy of action for damages is simply not available with respect to their acts and conduct relevant to the discharge of their official duties.”

Since there is no discussion or reasons showing how the court had arrived at its conclusion, it may not be setting out the law, and should then not be treated as a precedent.

When quoting Section 8 (1) (j) the Court has forgotten to mention the important proviso to this Section which stipulates, ‘Provided that the information, which cannot be denied to the Parliament or a State Legislature shall not be denied to any person.’ The Supreme Court did not mention this in its judgement when quoting this section and has not considered it.  If this proviso was quoted the Court would have had to record that in its opinion the said information would be denied to Parliament. This proviso is extremely important and effectively reflects the ratio of the ADR judgement. If disclosure of any information is an unwarranted invasion on the privacy an individual it should not be released to Parliament, since such a disclosure would harm the legitimate right to privacy of an individual. If however the person deciding on giving the information feels he would give it to Parliament, there can be no justification for denying it to a citizen. Based on this judgement much information about the educational qualifications, copies of degrees, marks obtained in job selection, amounts spent on medical expenses by public servants and much other information is being denied. This has effectively amended the RTI Act without any arguments justifying this constriction of a fundamental right. Based on these conclusions it appears that the Girish Deshpande judgement may be   ‘per incuriam’ . However this is becoming the law of the land presently.

If citizen’s fundamental rights are constricted by any authority, they must defend them.  We made the government withdraw its attempt to amend the RTI Act thrice. Should we now allow its constriction by judicial misinterpretation? I suggest citizens and civil society organisations across the country discuss this judgment and decide if they feel their fundamental right is being constricted in this judgment which could reduce their chances of curbing corruption and getting accountability. If they feel this is happening they could send letters to DOPT and the Supreme Court raising these concerns.