In This Case Judges Are Like Any Other Witnesses, Their Version Can't Be Taken As Gospel Of Truth, We Will File Review: Ahmad Abdi, President Of Bombay Lawyers Association, Petitioner In Loya Case 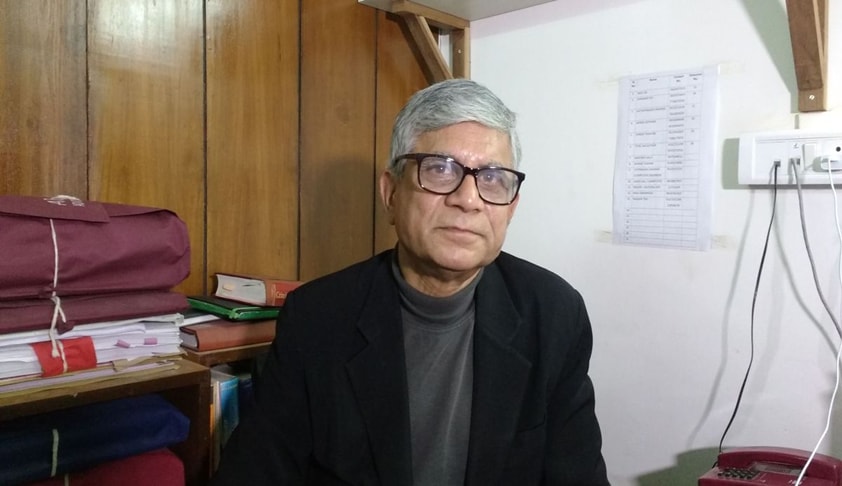 In light of the Supreme Court's judgment dismissing the PIL seeking a probe into judge Loya's death, petitioner Ahmad Abdi, president of the Bombay Lawyers' Association, spoke to Live Law about the way forward, the SC's observation calling the PIL scandalous and that it warrants criminal contempt proceedings to be initiated.After SC's judgment and all the observations against...

In light of the Supreme Court's judgment dismissing the PIL seeking a probe into judge Loya's death, petitioner Ahmad Abdi, president of the Bombay Lawyers' Association, spoke to Live Law about the way forward, the SC's observation calling the PIL scandalous and that it warrants criminal contempt proceedings to be initiated.

After SC's judgment and all the observations against the petitioners, going forward what is your next course of action?

I am very disappointed, we will file a review petition or we also have the option of a curative petition, we will exhaust all avenues of the law.

The people who came up to us after filing this PIL told us that nothing will come out of it as many powerful people are involved but we had faith that the Supreme Court would do something.

The opposition has moved to impeach the CJI, does that have anything to do with the judgment?

No connection at all, we have nothing to do with any party. Neither the BJP nor the opposition.

We want a message to go to the people at large that whether someone is very high up in position and status or a common man, irrespective of that, the rule of law shall prevail.

The four judicial officers who narrated the sequence of events surrounding judge Loya's death based on which the Director-General and Commissioner in the State Intelligence Department conducted a discreet enquiry?

In terms of the Evidence Act, nothing can be taken on face value. Everything has to be verified, these judges who gave their statements are witnesses, they have volunteered to be witnesses. So, under the law, they have to be cross-examined, how can there be a different law for judges?

Justice Chandrachud, who authored the judgment, has called the PIL scandalous and motivated.

This case was not just about the death of Judge Loya, there are larger questions. Corruption in the judiciary (Allegations in The Wire's article on Mohit Shah's offer of Rs.100 crore to judge Loya), sudden transfer of judge Utpat (who was hearing the Sohrabuddin fake encounter case before judge Loya) in violation of Supreme Court's order.

There was no agenda, only public welfare. Mr. Dushyant Dave came to Bombay at his own expense, he did not charge us a single penny. There are very few lawyers like Dushyant Dave, Indira Jaising who do not talk about money but the larger cause of public welfare.

In cases like these (alleged death of Judge Loya), the evidence is lacking.

Correct, but in corruption cases also this is a problem. But circumstances are enough to make out if something is fishy.

So, I think there were some larger questions involved and that is why they wanted us to shut up because it is like opening a Pandora's Box. Issue of accountability of judges, the appointment of judges, transfer of judges etc. That is why the Supreme Court has used such strong language against us.

Justice BR Gavai and Justice SB Shukre spoke to The Indian Express and contradicted The Caravan's article saying there was no foul play in judge Loya's death, what would you say on this?