A Case Of Perjury Against A Minor: The POCSO Act And Its Implementation 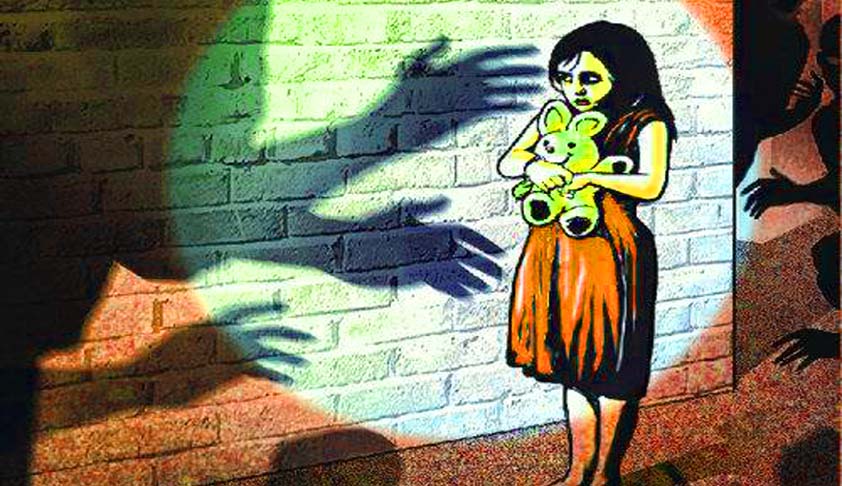 The issue of child sexual abuse has received much-needed attention from the legislatures in recent times. The Protection of Children from Sexual Offences Act, 2012 (POCSO Act) came into force on November 14, 2012 to effectively deal with sexual offences against children. However, it has faced unforeseen challenges in its implementation, at times working against the children it is meant...

The issue of child sexual abuse has received much-needed attention from the legislatures in recent times. The Protection of Children from Sexual Offences Act, 2012 (POCSO Act) came into force on November 14, 2012 to effectively deal with sexual offences against children. However, it has faced unforeseen challenges in its implementation, at times working against the children it is meant to protect.

On 22 December 2016, in an unprecedented move, a Special Court in Thane, Maharashtra issued a perjury notice to a 16 year-old minor girl in a case under the POCSO Act. The girl had allegedly been subjected to rape by her father. Though she testified against her father in the examination-in-chief (a process where the victim is examined by the prosecution), she turned hostile at the fag end of the cross examination conducted by the defence counsel.

The trial strategy on part of the defence was similar to rape trials involving adult women victims, where attempts are made to devalue the credibility of the victim by questioning her sexual history. Despite the amendment to Section 146 (3) of the Indian Evidence Act 1871 (IEA), where the defence is prohibited from questioning the sexual history of the rape victim; and the repealing of Section 155 (4) of the IEA which permitted the defence to argue that the victim was of ‘immoral character’ in the course of the trial, these practices continue.The defence counsel in the case posed questions relating to her association with boys and her father’s disapproval of it. It was alleged that she filed a false complaint at the instance of a family feud between her father and her maternal relatives. The victim turned hostile towards the end of the cross-examination by stating that the complaint was filed due to a fight with her father. Based on this, the Special Court acquitted the accused. But the agonising aspect of the case is a perjury notice issued against her and her transfer to the Juvenile Justice Board (JJB), under the provisions of the Juvenile Justice Act 2000.

This step belies the spirit and objectives of the POCSO Act, which stipulates child friendly procedures to be followed by the Special Court while dealing with sexual offence cases against children. It mandates that questions be routed through the Special Court judge and not posed directly by the public prosecutor or the defence counsel, allowing frequent breaks to the child during trial, protecting the dignity of the child and disallowing aggressive questioning or character assassination. More importantly, Section 22(2) of the Act excludes children from being punished for providing false information and as per the Act a child is defined to be any person below the age of 18 years. In an erroneous move, the Special Court relied on the POCSO Bill which had allowed a child above 16 years filing a false complaint to be sent to the JJB for suitable remedial action. This clause was deleted when the Bill was passed by the RajyaSabha and is notpart of the current law.

In cases like these, retractions are not surprising. Firstly, the accused in the case was no stranger; it was the victim’s father who wields power within the patriarchal family and also the sole bread winner. Secondly, the evidence process commenced nearly a year after the Special Court took note of the assault. Despite this delay, the Special Court did not take a lenient approach when the victim could not recall dates. It took over two years from the date of the incident for the matter to be disposed. This is in breach of the timelines stipulated in the Act which states that the Special Court should record the evidence within 30 days of it taking cognizance. Thirdly, the mother refused to believe the victim when she confided in her and subsequently, she was not allowed to reside with her family. The impact of the long-drawn judicial process and the possibility of pressure from family members to retract cannot be ruled out. The Special Court also questioned her decision to confide in her grandmother before her mother. It also felt that her body language belied the veracity of her statement, thus evincing a stereotypical expectation of victims exhibiting shame and embarrassment. In such a situation the court has not only placed the burden of proving the offence on the victim but also the onus of performance, where her mannerisms is expected to fit the myths surrounding rape such as explicit embarrassment and shame.

It is important to reiterate that in cases where the assaulter is a parent, the victim rarely holds her ground and take the case to its conclusion.As per Crime in India 2015,94.8% of accused persons charged for committing penetrative sexual assault and aggravated penetrative sexual assault ,under the POCSO Act were known to the victims.In a study conducted on the working of Special Courts under POCSO Act 2012 in Delhi, by the Centre for Child and the Law at the National Law School of India University in Bangalore, it was found that the victim turned hostile in 85.33% of the cases where the accused was known to the victim. In such cases the pressure to turn hostile was evident since  victims would often cite reasons such as quarrel between parents and relatives or neighbours and alcoholism of the father when retracting their cases.

Special Courts, established under the POCSO Act, across the country have taken different approaches to dealing with cases of sexual offences against children. In a case similar to the one under discussion, a Special Court in Nandurbar district, Maharashtra acted very differently from the Thane Special Court. In this case too, the father was the accused and the victim did not state the incident to her relatives in the neighbouring house and instead shared it with a distant relative. The court justified this action by stating that if she had confided to the relatives nearby, they may not have believed her. The Nandurbar court thus considered the trauma undergone by a child victim of sexual abuse and did not ignore the stigma attached to the act. Further, the court has also not expected a victim of sexual assault to behave in a certain manner to prove the truth of her statement.

The Thane and Nandurbar cases both have the common factors of victims being minor girls subjected to sexual assault by their father. While one Special Court considered the power dynamics between the alleged perpetrator and the victim and the social stigma attached to the incident, particularly in a case of incest, the other undermined the victim’s statement based on her behaviour in the court, her inability to recollect “relevant” details such as the time of occurrence. The Thane Special Court’s approach in the case was not only contradictory to the child-friendly provisions of the POCSO Act but also the progressive measures undertaken by the legislatures to protect the dignity of rape victims during trial. It is traumatic enough to be subjected to sexual assault by a parent, and here the minor girl is having to deal with a perjury case for bringing her assaulter to trial because of a wrong interpretation of the Act itself by the Thane Special Court.