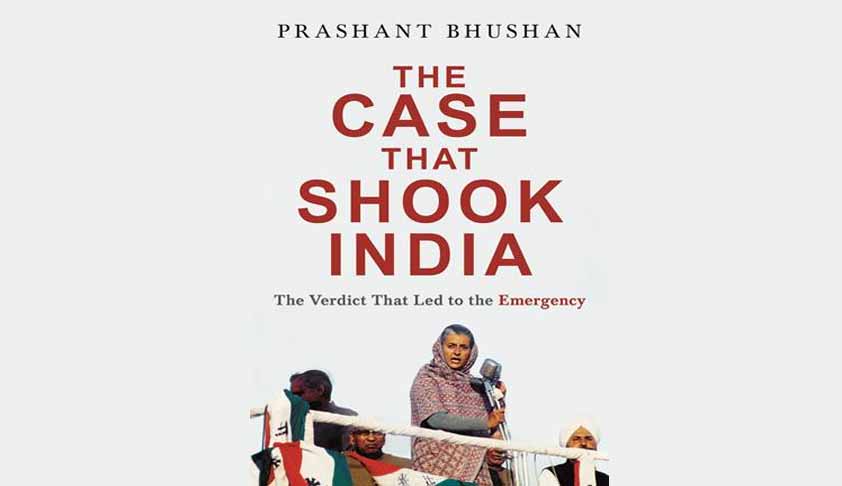 In 1975, Justice Jagmohan Sinha of the Allahabad High Court delivered a judgment that would alter the course of Indian democracy forever. The judgment was in the case of Raj Narain v Indira Gandhi, in which the sitting Prime Minister of India, Shrimati Gandhi was held guilty of electoral practices in her 1971 general election victory and was disqualified to continue as the PM. She was even barred from contesting polls for 6 years - which meant that her political career effectively ended. But things just got started.

In the 1971 election Mrs. Indira Gandhi came to power on a roaring majority and even beat the record of her father Jawaharlal Nehru, independent India’s first Prime Minister. And soon after came the 1971 Pakistan war, which she decisively won for India and also liberated Bangladesh. Her stock was at its highest and Atal Bihari Vajpayee even called her Durga Mata. And then from the blue came the judgment Allahabad High Court by Justice Jagmohan Sinha. Needless to say she rushed to the Supreme Court of India asking for a stay but was granted only a conditional stay by the Vacation Judge Justice VR Krishna Iyer. Her matter was argued by the legendary Nani Palkhiwala and for Raj Narain, contesting any such stay of the Allahabad judgment was Shri Shanti Bhushan, who later on went to become the Law Minister in the Janata government after the 1977 elections. It was after the conditional reprieve from the SC that she panicked and declared the emergency in 1975. The purpose was to stay in power and somehow subvert the HC judgment against her. And during this period she and her coterie committed innumerable atrocities such as jailing of all opposition leaders and stifling of the press. This period is widely regarded as the darkest period in Indian democracy even her own personal lawyer Nani Palkhiwala, returned her brief after the declaration and her Additional Solicitor General Fali Nariman, quit his job in protest.

As regards the judgments - The judgment of Allahabad HC was a resounding judgment in favour of democracy but the appeal in Supreme Court was a disappointment. This was because while the matter was being argued in the SC, the Indira Gandhi government hurriedly passed the 38th amendment to the constitution where they put the election of the PM beyond the purview of the courts and also retrospectively amended the Representation of the People Act, 1951 to change the rules so that her past transgressions become legit. The SC in its wisdom held that the constitutional amendment must be struck down for it violated the principle of Judicial Review, as enunciated as a part of the basic structure doctrine in the Kesavananda Bharati case (1973) but the SC upheld the RPA 1951 amendment and hence set aside the Allahabad judgment. Basically, the SC overturned her conviction not on facts but on changing of the law and mind you that law was changed by her in the first place. Also, incidentally - this was the first case in the Basic Structure doctrine from the Kesavananda Bharati judgment was invoked by the Supreme Court.

This book is the only detailed account of what happened in this famous case - both at the HC stage and also at the SC stage. And I have deliberately written the book as very simple language so that both lawyers and non-lawyers can understand it. This was especially done because unless every person doesn’t understand the political history of India and what shaped our politics, that we as the electorate will not be able to hold the political parties fully accountable for their actions at the time of election.

Law aside, lessons from that dark chapter must never be forgotten - be it we must not accept press censorship by the government nor should opposition ever be stifled to the point they can’t protest against wrong government policies and most importantly - that no one in this country is above the law. No one. Article 14 of the constitution guarantees that. And what is worrisome that many of the misdeeds of that era are being repeated today also.

Sahitya Akademi award, author and Jawaharlal Nehru's niece Nayantara Sehgal, referred to Indira Gandhi as a Democrat gone wrong and I agree with that. Because of her actions, she will be remembered as the person because of whom India, a country which attained independence on the basis of non-violence, came the closest to a dictatorship. In fact at the time of the 1977 elections, when Indira Gandhi finally removed the emergency, paving way for the Lok Sabha elections, everyone did fear that if Indira Gandhi will win again then she will use the victory as a public approval of her autocratic style of functioning. Luckily, however the Janata government, under the leadership of stalwarts like Jayaprakash Narayan came to power.

With this book I hope I can shed light onto the emergency period and also remind the public of how a democracy can go wrong, so that we remain vigilant against any steps in such direction by whoever is in power.

Prashant Bhushan is an activist lawyer practicing in Supreme Court of India. His Book 'The Case That Shook India' is republished by Penguin in 2017.