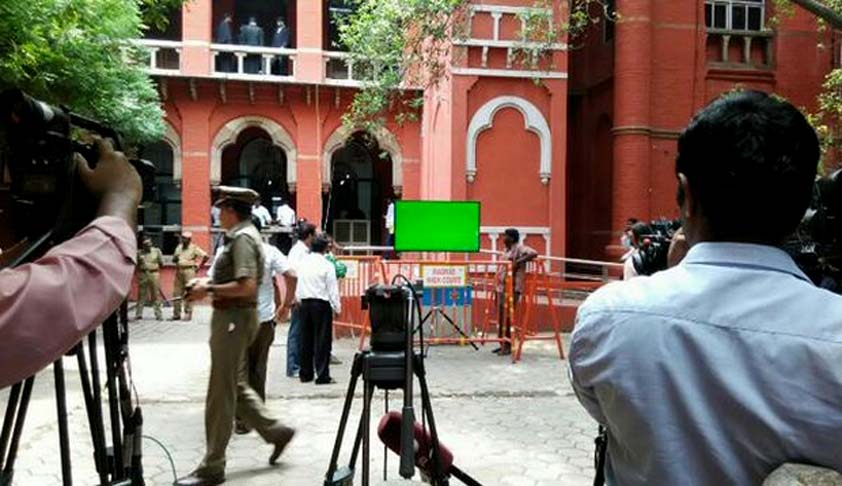 Madras High Court Judge Justice N.Kirubalan in his order dated 16.10.2015, suggested ‘Castration’ as an additional punishment for child abusers. In the Judgment, which is already became a subject of hot debates he said as follows;“CASTRATE CHILD ABUSERS” Blood curdling, horrific, sadistic, terrifying, shocking, cruel and brutal gang rapes of toddlers in New Delhi, in October, 2015...

Madras High Court Judge Justice N.Kirubalan in his order dated 16.10.2015, suggested ‘Castration’ as an additional punishment for child abusers. In the Judgment, which is already became a subject of hot debates he said as follows;

“CASTRATE CHILD ABUSERS” Blood curdling, horrific, sadistic, terrifying, shocking, cruel and brutal gang rapes of toddlers in New Delhi, in October, 2015 would definitely justify this Court to suggest “castration” as an additional punishment for “child abusers”, especially, “child rapists”. This Court could foresee that the suggestion of “castration” would be surely condemned, censured and criticised as “barbaric, punitive, draconian, cruel, retrograde, stone aged, cannibalistic, inhuman, etc.”. In spite of many penal laws and the recent POSCO Act, 2012 prescribing severe punishment for crimes against children, the number of such cases has increased from 38,172 in 2012 to 58,224 in 2013 and to 89,423 in 2014. When law is ineffective and incapable of addressing the menace, this Court cannot keep its hands folded and remain a silent spectator, unmoved and oblivious to the recent happenings of horrible blood curdling gang rapes of children in various parts of India. It would not only be injustice done to the child abuse victims, but would also amount to violation of the oath taken by this Court. This Court is sure that additional punishment of castration of child rapists would fetch magical results in preventing and containing child abuses.

“When law is incapable of preventing and containing more and more child abuses, this Court cannot be a silent spectator folding its hands, which would be not only doing injustice to the victims, but also violating the oath taken by this Court. It is shocking to hear a toddler aged 4 years was brutally gang raped by four devilish perpetrators in New Delhi on 9.10.2015 and .she got injuries on private parts and had been bleeding profusely and many toddlers are gang raped. In spite of many Acts and recently POSCO Act 2012, there is no sign of dwindling of lakhs of child abuse cases. This Court is sure that additional punishment of castration of culprits would fetch magical results in preventing and containing “child abuses” specifically “ child rape “

The Court issued the following Directions

Justice Kirubalan was hearing a petition filed by a British National to quash the Criminal Proceedings under Section 342,363,368,377 read with Section 511 of I.P.C. and Section 23 of Juvenile Justice Protection Act. The allegation against him is as follows;

Victim, a 15 year old boy while studying in 9th standard was staying in a Trust founded by the Petitioner. The Petitioner tempted, promised and assured victim’s mother for better education to her son, and pressurized her to get transfer certificate from the school, where the victim studied; He also gave money to the victim's mother for her expenses; lured and enticed by the promise and assurance of the petitioner she was constrained to send the minor/child victim with the petitioner on 13.4.2011 and thereby, the victim was kidnapped by train to Delhi. During his stay with the Victim, he attempted (many times)un-natural intercourse. Because of the intervention of an NGO the child victim was brought from YMCA, Tourist Hostel to Chennai and filed the Complaint.

High Court dismissed his petition but stayed the red corner notice issued by INTERPOL, so as to enable him to visit India only to appear before the Trial Court and face the trial.

In the Judgment Justice Kirubalan strongly condemned the attitude of the Human Right Activists towards the Offenders and Victims.

“This Court is aware that there would be a big hue and cry by people, who claim themselves to be “Human Rights Activists”, if the punishment of “castration” is brought in. But, those activists are mostly concerned with the alleged human rights violation of offenders/culprits/perpetrators of crime, unmindful of physical, psychological and the emotional trauma, suffering, agony and sorrow undergone by the victims in the hands of the culprits. Those activists should first exhibit sympathy and support to the victims of such crimes by visiting and consoling them at the hour of crisis instead of having misplaced sympathy on the perpetrators under the usual banner of “”Human Rights violation”. They must remember that “Human Rights”is not a term restricted and reserved only for offenders.” He said

He also emphasised the need of Sex Education in the Country ;

“It is appropriate for the Government after thorough deliberations to take a decision with regard to sex education. In the days of globalisation, every information is pouring from Internet, youngsters naturally are curious to know about the sex and they tend to see porn sites leading to sexual arousal and commission of sexual offence against the children. In view of the above situation, children should be taught about sexual advances, inappropriate touches and sexual abuses. Lack of knowledge alone leads to this kind of grave situation, which has to be necessarily addressed. In the era of globalisation, we should not misdirect ourselves or our children in the name of culture, values and moral and traditions. Though we are shy and reluctant to talk about the sex and consider the sex as shame, we are second thickly populated country in the world, next to China. Therefore, the Government is to take appropriate decision with regard to introduction of compulsory comprehensive sexuality education to adolescent and young people”. He suggested

The Suggestions given by the Court