Causes Of Action For Design Infringement & Passing Off Can Be Combined In A Single Suit : Delhi HC [Read Judgment] 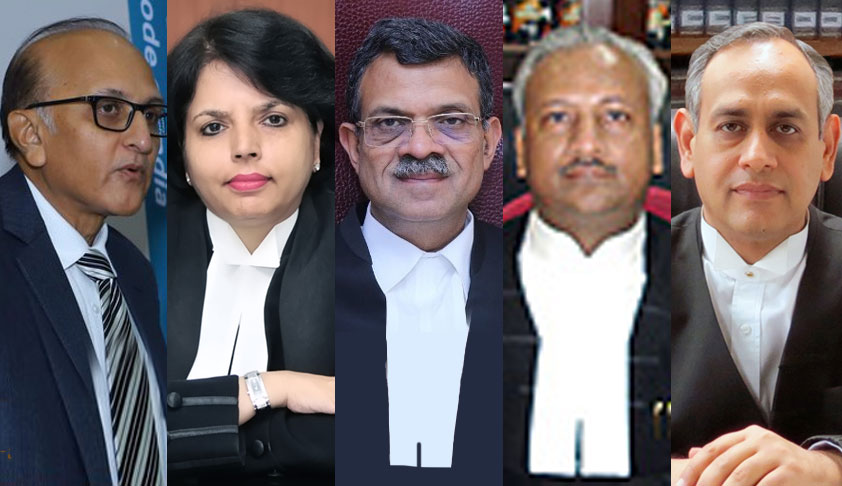 A five judges bench of the High Court of Delhi has held that the causes of action for infringement of under the Designs Act and the for passing off under the Trademarks Act can be combined together in a single suit.

The five judges bench was acting on a reference which doubted the decision of a three judges bench in Mohan Lal vs Sona Paint that both the said causes of action cannot be combined.

Overruling Mohan Lal, the bench comprising Justices S Ravindra Bhat, Hima Kohli, Vipin Sanghi, Valmiki Mehta and Vibhu Bakhru held "Mohan Lal’s conclusions–that two causes of action, one for relief in respect of passing off, and other in respect of design infringement cannot be joined, ignoring the material provisions of Order II Rules 3 to 6, are erroneous; they are accordingly overruled”

The reference arose out of a suit instituted by Carlsberg Breweries,complaining of infringement of a registered design as well as passing off in respect of the bottle and overall get up of the “Carslberg” mark. The defendants objected to the joinder of both the causes of action ,relying on Mohan Lal. The single judge analysed parties' submissions and felt that the issue decided in Mohan Lal (supra) required a second look.

In Mohan Lal, the three judges bench held that cause of action for design infringement and passing off were distinct. The former arose under the Designs Act; the latter under the Trademarks Act. The grounds for relief, and the defences in both cases are wholly different. Hence, both these actions cannot be combined, held the majority in Mohan Lal.

"This court also notices that interestingly, the CPC visualizes- in Order II, (per Rules 4 and 5) what causes of action cannot be united in one suit. These are, if one may say so, the express bar or exceptions to the rule in Order II Rule 3. The other bar is the kind visualized in Section 80 CPC, a threshold procedural step without following which a suitor cannot enter the court",said the judgment authored by Justice Ravindra Bhat, to which Justices Hima Kohli, Vipin Sanghi and Vibhu Bhakru concurred.

Regarding the second issue, the Court held that both the actions are capable of being tried together."It is evident that there is a similarity between the nature of inferences and conclusions that are presented to the court, in the two causes of action.Significantly, the complaint of passing off as well as that of design infringement emanate from the same fact: sale or offer for sale, by the defendant of the rival product"

"The basic facts which impel a plaintiff to approach a court, complaining of design infringement are the same as in the case of passing off. In such circumstances, it is inconceivable that a cause of action can be “split” in some manner and presented in different suits", said the Court.

The Court further noted that  a composite suit has the advantage of a bird‟s eye view by the court, with respect to a common set of facts: if for some reason, the claim for design infringement is prima facie weak and the plaintiff cannot secure interim relief, it does not have to face uncertainty of another action before another court; the same court can review the same facts.

Dynamic Injunctions In India
Latest News
+ More
1We Have To Address The Issue Of Freedom Of Speech Together As A Society: Justice Ravindra Bhat
2Bombay High Court Weekly Round-Up: May 9 To May 15, 2022
3Commission Paid To Persons Who Are Not Beneficial To Business Of Assessee Is Taxable : Orissa High Court
4Arbitration Cases Weekly Round-Up: 8th May to 14th May, 2022
5Gujarat High Court Weekly Round Up: May 9 To May 15, 2022
6Tax Cases Weekly Round-Up: 8 May To 14 May, 2022
7Allahabad High Court Weekly Round Up: May 9 To May 15, 2022
8Gujarat High Court Sets Aside Injunction Passed By State Waqf Tribunal On Construction Of Railway Tracks Near Dargah
लाइव लॉ हिंदी
+ More
International
+ More
1Abortion Laws In The US And Other Countries
2Leaked Draft Judgment Of US Supreme Court Indicates Overruling Of Roe v.Wade Abortion Rights Decision
3The Indian Connection With Pak Decision To Live-Stream Court Proceedings
4Russian Suspension At The Human Rights Council: Band-Aid On A Bullet Wound?
Environment
+ More
1Supreme Court Permits E-Rickshaws In Matheran As Pilot Project To Check Feasibility
2In Case Of Doubt, Protection Of Environment Would've Precedence Over Economic Interest: SC Revokes Approval For Doubling Castlerock to Kulem Railway Line
3NGT Bars Auroville Foundation From Township Construction Till Environmental Clearance Is Obtained
4Ghazipur Landfill Fire: NGT Says Dump Sites In Cities Are Like 'Time Bombs', Constitutes Joint Committee Headed By Former Delhi High Court Judge