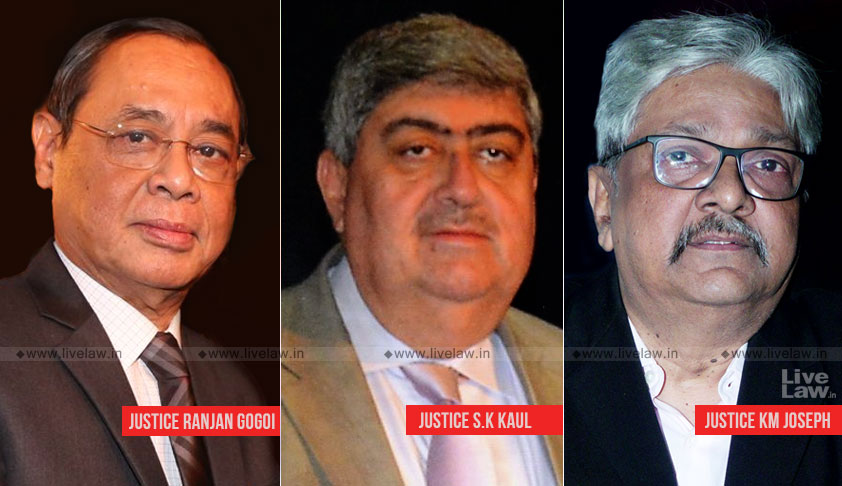 The bench headed by Chief Justice of India Ranjan Gogoi will consider the petition filed by Alok Verma and  PIL filed by NGO Common Cause against the orders of CVC and Central Government divesting Verma of the powers of CBI Director. Justice S K Kaul and Justice  K M Joseph are the other members of the bench.

Alok Verma contends that CBI Director cannot be taken off charge without the approval of the High Powered Committee comprising the Prime Minister, Leader of Opposition and CJI, which appoints CBI Director as per Section 4A of the Delhi Special Police Establishment Act.  He also states that decision runs counter to the rule of fixed tenure of two years for CBI Director, fixed as per the DSPE Act and Vineet Narain decision of the SC.

Common Cause's PIL moved by Advocate Prashant Bhushan seeks SC monitored probe into the corruption allegations against CBI top officials. It seeks the removal of Rakesh Asthana from the post of CBI Special Director in view of the recent FIR registered against him on allegation of acceptance of bribe to derail investigation against Moin Qureshi. Common Cause further states that M. Nageshwara Rao IPS, who has been given the charge of CBI Director now following the removal of Alok Verma, is not fit for the job in view of corruption allegations against him.

Alok Verma's petition, which was filed yesterday, was mentioned before the CJI by Advocate Gopal Sankaranarayan for urgent listing. The CJI agreed to list the matter on Friday. Today morning, Advocate Prashant Bhushan mentioned the Common Cause's PIL before CJI for urgent listing. Both the petitions are listed tomorrow.