CBI Special Judge allows A. Raja’s plea to depose as a Defense Witness 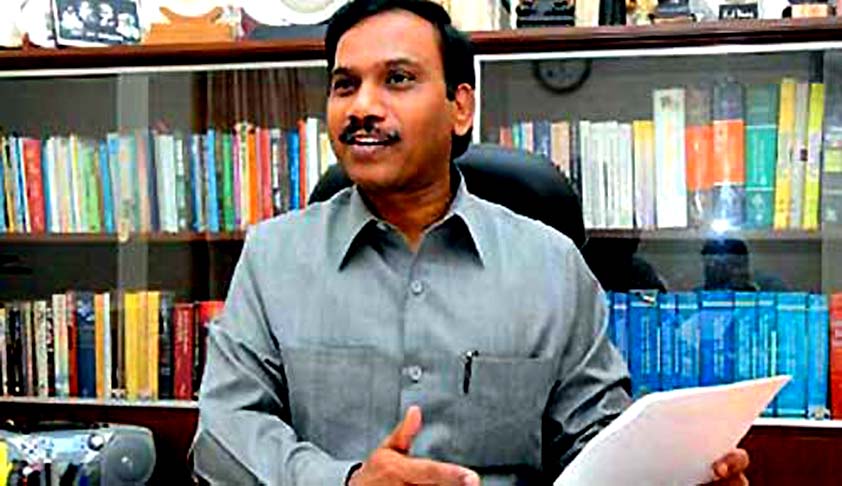 Special CBI Judge O.P. Saini granted former Telecom Minister A. Raja’s wish to depose as a witness in order to defend himself in the current 2G spectrum case.Reportedly, the judge while accepting the proposition, which was unopposed, asserted that, “Accused A. Raja shall ensure that either he himself is ready for his examination as a witness, as prayed by him, or some other witness is...

Special CBI Judge O.P. Saini granted former Telecom Minister A. Raja’s wish to depose as a witness in order to defend himself in the current 2G spectrum case.

Reportedly, the judge while accepting the proposition, which was unopposed, asserted that, “Accused A. Raja shall ensure that either he himself is ready for his examination as a witness, as prayed by him, or some other witness is present on his behalf on July 1.”

According to The Hindu reports, Raja had also sought summoning of S E Rajan, his former personal assistant, as a defence witness saying Rajan would depose regarding the events and meetings held at the former telecom Minister’s official residence. Besides, he also desired summoning of concerned officers from the Lok Sabha Secretariat, Department of Telecom and Ministry of Law and Justice in his defense.

Along with these, he had furthermore demanded convening of documents of Lok Sabha debates dated Nov 26, 2007; Feb 22, 2010 and Feb 21, 2011, text of the press statement given by Kapil Sibal, then union minister, on 2G spectrum issues dated Jan 7, 2011 and presidential reference dated April 12, 2012 made to the Supreme Court for supporting his innocence in the case. According to him, these documents would “rebut the allegation of conspiracy between the accused persons and to deal with the issue of alleged loss to the exchequer caused by grant of UAS Licenses and allocation of 2G spectrum in 2008.” Stand of the judge with regard to these documents to be deposed as defense is unclear as of now.

The Court also allowed summoning of defense witnesses to by the others, the plea being accepted by the prosecution as well. These included pleas by former Telecom Secretary Siddhartha Behura, Unitech Ltd MD Sanjay Chandra, Reliance ADAG executives Surendra Pipara and Hari Nair, Bollywood producer Karim Morani, Kalaignar TV MD Sharad Kumar and accused firm Unitech Wireless (Tamil Nadu) Pvt Ltd seeking to summon some witnesses in their defence in the case. These witnesses were directed to be present in the court in first or second week of July.

The 2G spectrum scam involved illegal undercharging of frequency allocation licences, giving out 122 new second-generation (2G) Unified Access Service (UAS) licences to telecom companies in 2008, at a price arrived at in 2001 and on a “first-come-first-serve” basis. The shortfall between the money collected and the money which the law mandated to be collected is estimated to be Rs.1,76,645 crore, as valued by the Comptroller and Auditor General of India based on 3G and BWA spectrum auction prices in 2010. The TIME magazine lists it as the 2nd Worst Abuse of Power right next to the WaterGate Scam of the United States.

The Supreme Court started monitoring 2G Case pursuant to a Special Leave Petition filed in the year 2010 by Central for Public Interest Litigation. The SLP was filed against dismissal of its prayer by High Court of Delhi for Court monitoring of CBI and ED investigation into 2G spectrum scam. The Court during the hearing of the case had asked the CBI to file a status report on the application.

Earlier in May, Prashant Bhusan had filed a fresh application in the Supreme Court, seeking an investigation against TATAs, Karunanidhi family and an IPS Officer. Read the Livelaw story here.

The matter has now been fixed for July 1 for initiation of documentation of defense evidence in the case.