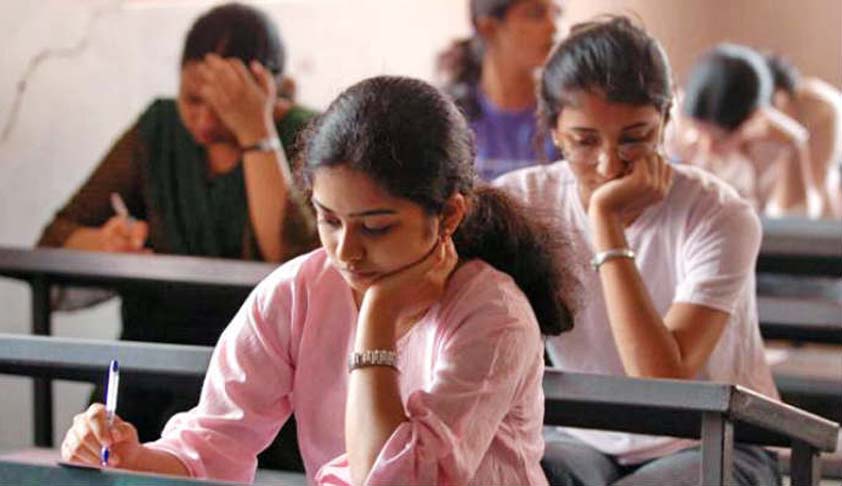 In the wake of the recent event of the leakage of the Mathematics and Economics question papers for the CBSE examination for Class 10th and 12th, respectively, a second PIL has been filed before the Supreme Court, praying that re-examination may be conducted of all papers for Class 12th within four weeks and not only of Economics.The PIL, instituted by advocate Alakh Alok Srivastava,...

In the wake of the recent event of the leakage of the Mathematics and Economics question papers for the CBSE examination for Class 10th and 12th, respectively, a second PIL has been filed before the Supreme Court, praying that re-examination may be conducted of all papers for Class 12th within four weeks and not only of Economics.

The PIL, instituted by advocate Alakh Alok Srivastava, averred, “Considering that there is a strong possibility of other question papers of Class 10th and 12th also leaked and circulated online, apart from the question papers of Economics for Class 12th and Maths for Class 10th, it is in the interest of justice to conduct re-examination of all the papers of Class 12th within four weeks from today and not only of the Economics. This is further required keeping in view a situation that in future if upon further investigation it is revealed that the question papers of few more subjects were leaked then the initiation of fresh process for conducting the re-examination of those subjects will hamper and adversely affect the valuable time and career prospects of many students appearing in CBSE Class 12th Examination this year.”

Further, he has sought an independent investigation by the CBI into the matter: “Considering the slow pace of the investigation of the instant case and also considering the fact that the instant case has wider repercussion across India and also in various places abroad, wherein the CBSE Examinations are being conducted, it is in the interest of justice to direct the Respondent No.3 Central Bureau of Investigation (CBI) to conduct investigation into the captioned incident of paper leak of the Class 10th and 12th examinations conducted by the Respondent No.1 CBSE”.

Srivastava also contended that on account of the acts and omissions on the part of the CBSE and the Union Ministry of Human Resource Development, the fundamental rights of lakhs of students appearing in Class 10th and 12th Board examination, as enshrined within Articles 14 and 21 of the Constitution of India have been infringed. He prayed that, “in the interest of justice”, the aforesaid authorities be directed to pay damages and compensation of Rs. 1 lakh each to the students of Class 12 appearing in the re-examination “towards the mental agony, mental stress and inconvenience caused”.

The present petition is in stark contrast to another writ petition filed by a student of Class X against the decision of the CBSE to cancel and re-conduct the Mathematics exam held on March 28 on suspicion of question paper leakage.

Srivastava has relied on the 2015 judgment of the apex court in Tanvi Sarwal v. CBSE & Others, [2015 (6) SCC 573], wherein the Supreme Court had cancelled the All-India Pre-Medical Test (AIPMT) examination conducted by the CBSE on the ground of certain irregularities and malpractices adopted few candidates and directed the Board to re-conduct the said examination.

Relying on newspaper reports, the advocate averred the factum probandum: “That the first murmurs about the leak of CBSE Exam paper reportedly began when the Delhi Police Control Room received a phone call about the Class 12th Accountancy paper being leaked on 13.03.2018 i.e., two days before the subject’s examination. However, the caller could not be traced and no headway could be made...Thereafter, on 15.03.2018, minutes before the said examination was to begin, the pages of the Accounts paper were allegedly circulated on WhatsApp mobile services. ...Thereafter, on 23.03.2018 at about 4.22 PM, the Respondent No.1 CBSE reportedly received an unusual fax informing that a tuition centre owner in central Delhi’s Rejendra Nagar was involved in the paper leak...Thereafter, on 25.03.2018, the students in Delhi reportedly began receiving their CBSE Class 12th Economics question paper a day before the scheduled date of examination. The same day, at about 6 PM, an unaddressed envelope was reportedly received at the CBSE Academic Unit in Delhi’s Rouse Avenue, allegedly containing pages of hand-written answers of the Class 12th Economics Paper. The CBSE then reported the matter to the Delhi Police...Consequently, on 27.03.2018, the Delhi Police registered an FIR under – Criminal Breach of Trust, Cheating and Criminal Conspiracy and few people were arrested for questioning...Meanwhile, it was brought to the notice of the media that on 27.03.2018 itself the CBSE Class 10th Maths Paper too had been allegedly leaked, a day before its examination scheduled on 28.03.2018...Thereafter, by aan fternoon of 28.03.2018, the CBSE reportedly approached the Delhi Police with another complaint about the Class 10th Maths Paper having been leaked before the examination was conducted...Thereafter, vide its Notice bearing No. CBSE/CE/Exams/2018 dated 28.03.2018, the Respondent No.1 CBSE acknowledged the fact that the CBSE Class 10th Examination of Maths Paper and Class 12th Examination of Economics Paper were apparently compromised and thus decided to re-conduct the said Examinations...”