CCI vs TRAI : Apex Court Does The Balancing Act 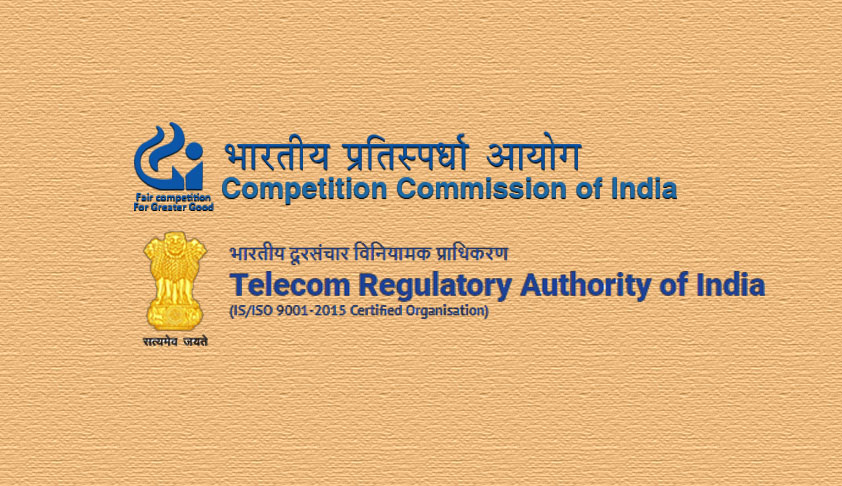 The Apex court has finally put an end to the turf war between the Telecom Regulator ( TRAI ) and the market regulator ( CCI ) by recognizing the different roles played by both regulators in their respective fields and observing that regulators in each sector have assumed great significance with the advent of globalization leading to a free market economy.Elucidating their respective roles, the Supreme Court, rejected the argument of the Telcos and the TRAI that the jurisdiction of Competition Commission of India (CCI) stands totally ousted in the telecom sector.

The present controversy began with Reliance Jio’s request for points of interconnection ( POI ) from the incumbent telecom service providers ( TSPs). After raising the issue before the TRAI, Jio also approached the Competition Commission of India ( CCI ) with two other informants to allege that Airtel, Vodafone and Idea     ( referred to as Incumbent Dominant Operators in the Supreme Court Judgment – a term coined by Jio  )  had colluded against Jio to ( a) deny points of interconnection ( POIs) to them making it impossible for subscribers to make calls across different Telecom Service Providers ( TSPs); (b) deny requests for mobile number portability ( MNP ) so their customers do not switch to Jio’s network.

Jio had also alleged that the platform of Cellular Operators’ Association of India (COAI) – an industry association of mobile telecom operators -   was aiding the alleged cartel. The three TSPs refuted Jio’s claim stating that POIs were provided to Jio who was making unreasonable and excessive demands and had even approached the TRAI for settling this dispute wherein COAI was also roped in. Acting on the information of Jio, CCI, by way of a prima facie order, directed an investigation into the alleged cartelization. The TSPs and COAI filed a writ petition in the Bombay High Court for quashing CCI’s order, challenging it’s jurisdiction on the ground that TRAI was seized with the matter and a more competent authority to consider the nature of disputes. The Telcos succeeded in getting CCI’s order set aside by Bombay High Court. Thus, Jioand CCI assailed this decision in the Supreme Court.

Demystifying the regulatory roles of both the authorities, the Supreme Court opined that the CCI was entrusted with duties, powers and functions to deal with different kinds of anti-competitive practices that may have an adverse effect on competition like creation of barriers to new entrants, driving existing competitors out of the market and foreclosure of competition by hindering entry into the market.The TRAI was constituted for orderly and healthy growth of the telecommunications infrastructure and the powers and functions assigned to TRAI include ensuring technical compatibility and effective inter-relationship between different service providers. It is assigned the duty to achieve universal service of world standard quality on one hand and to ensure that it is provided to the customers at a reasonable price, on the other hand.

With this judgment of the Apex court, the bone of contention relating to CCI’s Jurisdiction in the telecom sector has now been resolved. To resolve the present controversy, the apex court has observed that only after TRAI finds fault with the IDOs( TSPs) in the dispute pending before it, the next question would arise as to whether it was a result of any concerted agreement between the IDOs ( TSPs) and COAI supported their endeavour. It would be a that stage the CCI can go into the question as to whether violation of TRAI Act amounts to “abuse of dominance” or “anti-competitive agreements”.

Taking note of the Supreme Court’s decision, the Telecom Appellate Tribunal ( TDSAT), on 13th December, 2018, set aside TRAI’s tariff order, 2018 which, inter alia, defined “significant market power” and “ predation” and held that powers and jurisdiction of a statutory authority like CCI should not be blocked or abridged by issuing orders. It ruled that “ since the concept of predation under the competition laws required consideration of many issues based upon inquiry and evidence, it would not be proper to adopt a definition that provides artificial protection to a TSP which may have the capability and intent to destabilize the market”. According to TDSAT “The yardsticks must be objective and known to all the TSPs or else the task must be left to be dealt with by a complete code such as under the Competition Laws so that the competent authority can decide a complaint alleging predation”

The Delhi High Court has also upheld CCI’s jurisdiction in cases which are in the regulatory domain of special sector regulators like the Petroleum and Natural Gas Regulatory Board and the Patent’s Authority.

Promoting a fair, non-discriminatory and growth oriented market is a sine qua non of every specialized regulator’s objective. However, it should not be confused with a competition authority’s obligation to proactively watch and  “eliminate” anti-competitive practices. If the roles of the sector regulators and CCI were not distinct, did we really need competition law?. We also need to assess whether the sector regulators have caught anti-competitive practices in the past and curbed abuse of dominance?.

The objective of the Competition Commission is to play an overarching role as a market regulator across all sectors with the focus on anti-competitive behaviour of enterprises that may distort the competition in the market. The mandate being to foster competition by keeping a check on normal functioning of the market, correcting distortions when they find any pricing or other market strategies that harms the market equilibrium.

Sector regulations are framed ex-ante ( laying down performance criterion ) after consultation with industry / consumers and reviewed from time to time. Whereas, the market regulator’s enforcement of any violation of competition law rules are ex-post ( laying down criterion for fairplay ). Provisions to safeguard competition are usually inbuilt even in sectorial regulations. However, the regulators looks into it only when a dispute arises between service providers, based on documentary evidence. Many forms of anti-competitive behaviour may not be provided specifically in the legal framework. A competition authority does not settle disputes between parties but corrects the distortion / removes the barriers created artificially. Thus, their decisions are in Rem with the focus to eliminate the practice as opposed to settling the dispute( inpersonem).Here lies the essential difference in their approaches to deal with any conduct (collusion/cartelization) that harms the market.  Accordingly, the Competition Act has an overriding effect and provides that CCI shall have jurisdiction in addition to and not in derogation of other laws.

So, there would always be overlapping areas of competition when there is a sector regulator as regulatory reform facilitates competition, stimulates structural changes and vigorous enforcement of competition policy is required to prevent market abuses that would reverse the benefits of reform. The Competition Act envisaged these complementing regulatory roles and provided that the Commission ( CCI ) may make a reference to the statutory authority in case of an issue that contravenes competition but whose implementation is entrusted to the statutory authority.

It would only make CCI’s job easier if it gives deference to specialized regulators and get their opinion in complex issues which they are well equipped with and CCI is not.  In the instant case, TRAI was ceased with the dispute arising out of the issues raised by RJIL against the three Telcos for not providing POIs, following communications to TRAI since July, 2016. Therefore, not only does the statute obligate CCI, under Section 21A, to make a reference to TRAI but for any meaningful decision CCI would require close co-operation with TRAI to decide this matter harmoniously.