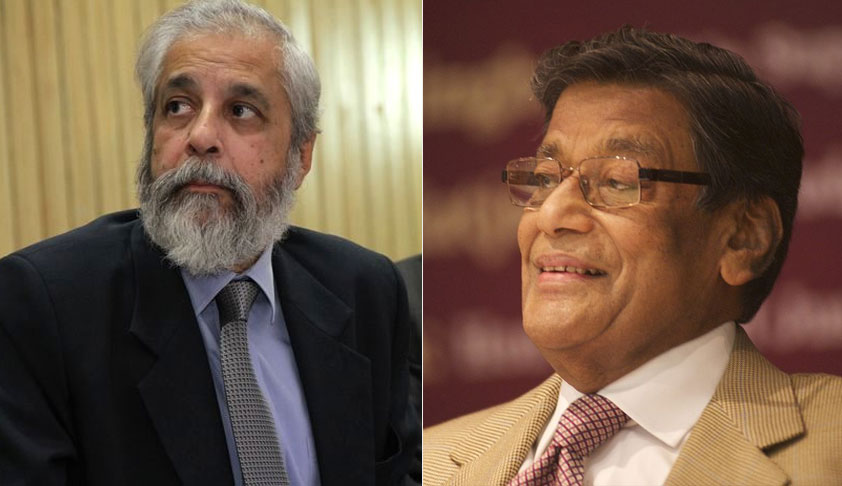 With the rift between the Centre and the Supreme Court widening, the two recently had a face-off in open Court over the delay in appointment of judges, according to a Hindustan Times report.

A Bench comprising Justice M.B. Lokur, who is a part of the Supreme Court collegium, and Justice Deepak Gupta was hearing a petition filed by a Manipur resident, who had lost a case before a single-judge bench in Manipur. He had now approached the Apex Court seeking permission to challenge this order before the Gauhati High Court, submitting that there were only two Judges at Manipur High Court, one of whom had delivered the judgment against him.

Attorney General (AG) KK Venugopal then appeared before the Court on Friday, pursuant to an order seeking his assistance. What ensued was a heated exchange between the Centre's top law officer and the Supreme Court Bench.

Mr. Venugopal complained that the collegium wasn't recommending enough names for the High Courts, which are currently working at 60% of their sanctioned strength. To this, the Bench remarked that this didn't give the Centre the liberty to sit over names that had been recommended long back.

The exchange prompted Mr. Venugopal to remark jocularly: "I think NJAC was a better option to have." The Court did not respond to that.

The Bench, however, did highlight the plight of those in the North-East, saying, "People of the North-east are suffering. What are they supposed to do?. Should they approach the Supreme Court to get their cases transferred to other high courts and spend money to hire lawyers there?"

The AG then assured the Court that the collegium's April 19 recommendation for appointment of the Chief Justice of Manipur High Court would be approved in 10 days.

He, nevertheless, went on to blame the collegium for not making enough recommendations, saying, "We may appoint one more judge in Meghalaya. But that does not resolve the problem. Collegium has to look at the future. Recommendations need to be made keeping in mind vacancies that will arise six months later....

...The collegium doesn’t send us the names and the government is told it is being tardy in processing."

The Bench, however, asserted that it was only concerned with the North-East at the moment and directed the Centre to file an affidavit in 10 days, elaborating on the time that would be taken to make these appointments.

The standoff between the Government and the judiciary has been continuing ever since the Constitution Bench of the Supreme Court declared the National Judicial Appointments Commission (NJAC) unconstitutional in October, 2016. While the Government had then been directed to draft a new Memorandum of Procedure [MoP] for appointment of High Court and Supreme Court Judges, the MoP has since been getting tossed back and forth between the Centre and the collegium, with both the sides being adamant on their stands on several issues.

The appointments since then have also been placed in jeopardy, with the Centre not just sitting over them time and again, but also changing one such recommendation by extending the term of an Additional Judge instead of making him permanent.

More recently, the Centre rejected the recommendation to elevate Justice KM Joseph noting that it would "not be fair and justified to other more senior, suitable and deserving Chief Justices and senior Puisne Judges of various High Courts."

This was despite the fact that while recommending him in January, the resolution signed by Chief Justice of India Dipak Misra, Justice J. Chelameswar, Justice Ranjan Gogoi, Justice M.B. Lokur and Justice Kurian Joseph had stated that they found Justice K.M. Joseph to be "more deserving and suitable in all respects than other Chief Justices and senior puisne Judges of High Courts for being appointed as Judges of the Supreme Court of India".

Several jurists, former Judges and Advocates have since then stepped forth, calling out the Centre for the move, and demanding reiteration of the recommendation by the Collegium