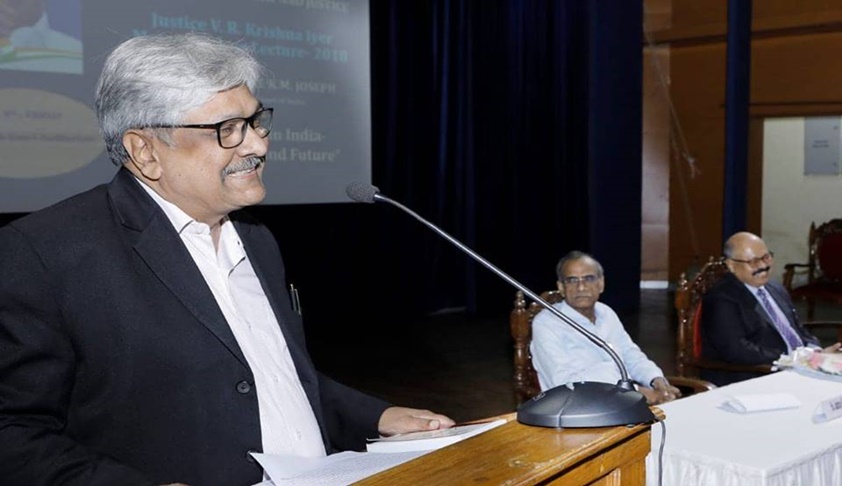 Supreme Court judge, Justice KM Joseph recently emphasized on the need for “cooperative Federalism” for India to become a “naturally indestructible formation”.“Both the Centre and the States must imbibe a genuine spirit of co-operative Federalism, if not collaborative Federalism. There can be no Centre without States. The States are integrated into one nation, both based on...

“Both the Centre and the States must imbibe a genuine spirit of co-operative Federalism, if not collaborative Federalism. There can be no Centre without States. The States are integrated into one nation, both based on social, economic and political rationale but a liberal give and take policy followed by the Centre and the States is indispensable for the continued evolution of the federal system and its blossoming, and Bharat becoming a naturally indestructible formation,” he said.

Justice Joseph began his address by remembering Justice Krishna Iyer as someone who combined top-class intellect with compassion, and never shied away from speaking out loud and clear on behalf of the oppressed, depressed and the poor.

“Whether you agreed with him or not you could neither silence him nor ignore him,” he rightly added.

He embarked on elaborating on the superiority of qualities possessed by Justice Iyer, saying, “To cap it all, he was the most brilliant orator I have ever heard. His words flowed like the Nayagra Falls. Millennia down the line awestruck the generations will continue to grapple with the ideas and ideals that he have come to represent. Justice Iyer is a star which will continue to illuminate the world for ever and it will never become a black hole.”

Justice Joseph then spoke about Federalism, detailing modern Federalism as it prevails in other countries, as well as tracing its roots in India. He went on to emphasise on such collaboration in making treaties, levying taxes and in other institutions such as the All India Services.

As for ways to advance cooperative federalism, Justice Joseph gave examples and solutions. For instance, he said that signing of treaties and international agreements affecting the constituents in States must be preceded by consultation with the affected parties or at least the States. Further, he said that the Governor and the Central Government must frame definite time frames on decisions on Bills which are submitted for their consideration, and must abide by these limits.

He asserted that it is equally important for the State Governments to “act with the utmost responsibility”, and that there can be no room for secessionist demands. He added,

“They should refrain from doing anything which weakens the Centre. Without a strong Centre the States would be left high and dry and would not be able to fend for themselves.”

He also expressed hope that if Niti Ayog meets, as often as it is required to and there are meaningful deliberations where the Centre and the States discuss the matters as equal partners, a new era of cooperative or collaborative Federalism could dawn in India.

Nevertheless, he expressed certainty over the fact that Federalism as it exists, will strengthen democracy in India and the vision of the founding father will be achieved, provided that:

“But this requires, that all section of society and particularly there is politics, holders of constitutional parities and all public servants besides the common man working hand in hand and with utmost dedication and selflessly.”