Centre Against Criminalising Child Marriages Which Are Voidable [Read Affidavit] 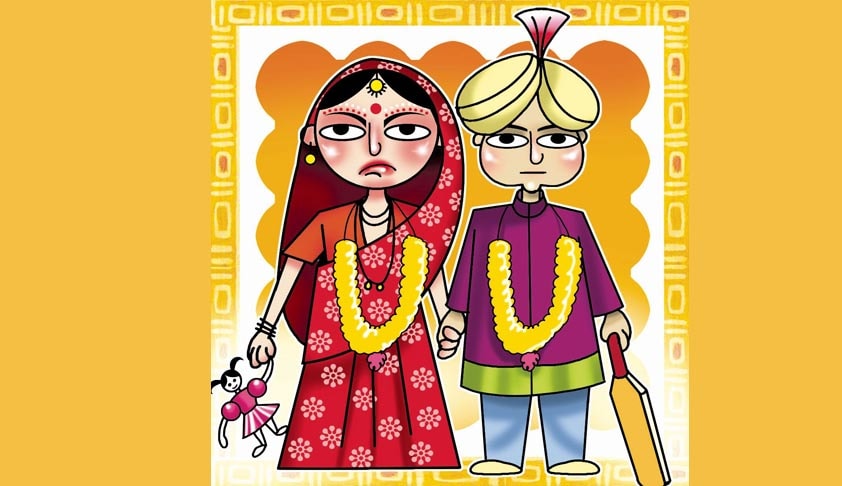 The Centre told the  Supreme Court bench of Justices Madan B.Lokur and Deepak Gupta on August 9 that it defends Exception 2 of Section 375 of Indian Penal Code, so as to give protection to husband and his minor wife against criminalising the sexual activity between them.

Exception 2 says that sexual intercourse by a man with his own wife, the wife not being under 15 years of age, is not rape.  However, Sixthly of Section 375 says that a man is said to commit “rape” who, except in the case hereinafter excepted, has sexual intercourse with a woman with or without her consent, when she is under eighteen years of age.

In Independent Thought v Union of India, which was heard by the bench, the NDA Government adopted the position of its predecessor UPA Government, which had disagreed with the petitioner’s challenge to the Exception 2.  The petitioner has challenged the Exception on the ground that the age of consent has been increased from 16 to 18 years for a female. Therefore, the petitioner argues that sex with a minor wife by the hushand cannot enjoy the protection of Exception 2 of Section 375 IPC.

In its counter affidavit, filed by the UPA Government in February 2014, which has been adopted by the present Government before the Supreme Court, it has been submitted that the social, economic and educational development in the country is still uneven and child marriages are still taking place.  Therefore, the Government has contended that the Exception aims to give protection to private affairs of a husband and wife, keeping in view the existing social setup in many parts of the country.

A large section of the Indian society, which is living in rural areas, continues to follow such practices like child marriage, as a part of their tradition, the affidavit says.   Citing National Family Health Survey-III, the affidavit says that 46 per cent of women between the ages 18-29 years in India were married before the age of 18.   “It is also estimated that there are 23 million child brides”, the affidavit says.  Hence, criminalising the consummation of a marriage union with a serious offence such as rape would not be appropriate and practical, it says.

The affidavit adds that criminalizing all child marriages would in effect make the children born of these unions illegitimate which may lead to other social tensions.

The efforts are made to prohibit child marriages in a discreet manner by ensuring that the society tends to look down upon such marriages as being not proper, desirable and valid.  Exception 2 to section 375 IPC cannot be related with the matter that the government is not willing to stop child marriages but it is purely based on the fact that the marriage is the bedrock of any society and hence needs to be protected, the affidavit concludes.