Centre Moves SC For Modification Of Direction On Tenure Of DGPs In ‘Prakash Singh Case': SC Asks ‘Why Can’t You Amend The Rules’? 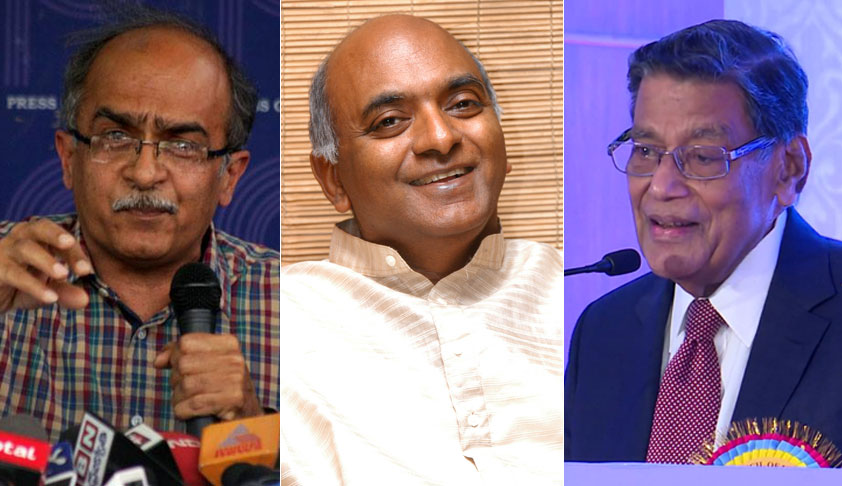 The Supreme Court, on Monday, contemplated the issue of notice to the States on an Application filed by the Centre demanding a modification of its earlier order in the case of Prakash Singh & Ors v. Union Of India And Ors., wherein the Apex Court had issued seven binding directions on police reforms.The Application now demands that the tenure of the Director General of Police (DGP) be...

The Supreme Court, on Monday, contemplated the issue of notice to the States on an Application filed by the Centre demanding a modification of its earlier order in the case of Prakash Singh & Ors v. Union Of India And Ors., wherein the Apex Court had issued seven binding directions on police reforms.

It also seeks a direction to amend the IPS (Cadre) Rules, 1954 to provide two years' tenure to IPS officers. Further, it seeks an amendment to the effect that only such officers be appointed as DGP (HoPF) in the States and Union Territories, who have at least two years of residual service and have been empanelled to hold the post of Director General in the State Government by the empanelment committee.

The Centre's Application makes reference to the Supreme Court's judgment in the case of T.S.R. Subramanian & Ors. v. UOI & Ors., wherein the Apex Court had directed that minimum tenure of service be prescribed for civil servants. Thereafter, the Department of Personnel and Training (DoPT) had issued a notification amending the 1954 Rules, providing at least two years of minimum tenure to IPS officers in the cadre post.

A Contempt Petition was, however, filed by Mr Prakash Singh and a few others, contending that the DoPT notification was in violation of the Apex Court's direction is Prakash Singh's case, as it made the two years tenure subject to the date of superannuation. Pursuant to this, the Supreme Court had barred the Centre as well as the States from implementing the amended Rules.

The Centre has now contended that several States have either failed to comply with or have violated the Supreme Court's directives in dealing with the tenure and selection of the DGP. It contends,

"In view of the above, there is a case of clear contradiction between the Hon'ble Court's initial judgment dated 22.9.2006 and that of in the case of T.S.R. Subramanian & ors. vs. UOI & ors. reported in 2013 (15) SCC 732 in respect of service tenure of IPS officers. In view of the ambiguity arising out of the aforesaid two judgments of Hon'ble Supreme Court, the Central Government could not amend the IPS (Cadre) Rules, 1954."

During the hearing on Monday, Advocate Prashant Bhushan pressed before the Bench comprising Chief Justice Dipak Misra, Justice D. Y. Chandrachud and Justice A. M. Khanwilkar the need for the implementation of the Supreme Court's directions in Prashant Singh's case.

He contended, “It has been 11 and a half years since the judgment was rendered. The apex court had issued seven directions therein so as to ensure that the police is governed by the principle of the rule of law and not by the command of political masters. However, the directions have not been implemented by most states and in fact, several states have passed Acts contradictory to the judgment. First, the Supreme Court had appointed the Justice Thomas Committee to examine the implementation in 4 states, one each from the north, west, east and south regions, which had submitted a report to the effect that the directions are not being followed. Thereafter, we have filed several contempt petitions seeking the implementation of the court’s directions that are pending till date."

Senior Advocate Raju Ramachandran, the Amicus Curiae, then suggested that all High Courts be directed to constitute committees to monitor the functioning of the State Security Commissions required to be established as per the Prakash Singh judgment. To this, CJI Mishra opined that the High Courts can be directed to monitor on the judicial side.

With regard to the Centre's Application, Mr. Bhushan submitted, “The application is in the teeth of the judgment in Prakash Singh. The judgment expressly provides that for appointment as the DGP of the state, three suitable persons shall be empanelled by the UPSC of which the state government shall select one on basis of length of service, record of performance and experience. The person so appointed is to hold office for a minimum tenure of 2 years irrespective of the age of superannuation. Even the review petition arising out of the 2006 judgment was dismissed."

The Bench then quizzed Attorney General K.K. Venugopal, who had asserted that the judgment is being misused by the States. The Bench now asked him, "Why can you not amend the rules? Once the review petition was dismissed, how can you seek modification of the order?"