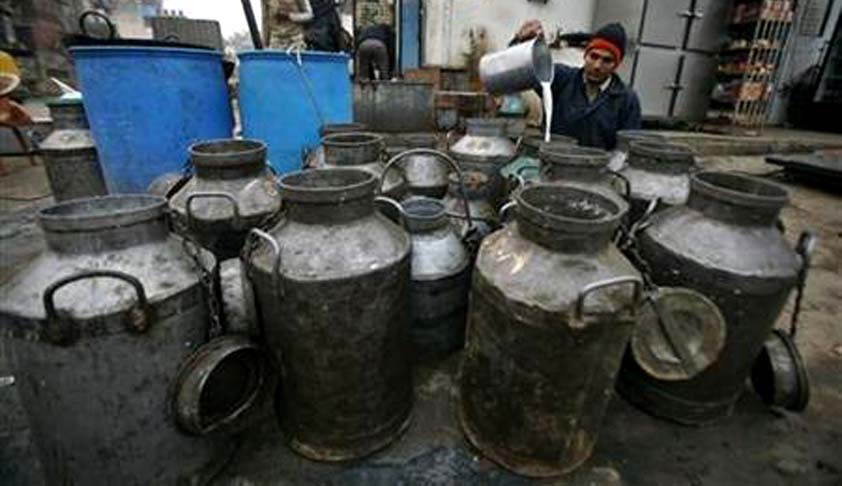 The Centre has told the Supreme Court that it has formed a high level committee to consider amendment of the Food Safety and Standards Act (FSSA), 2006 to make the offence of milk adulteration punishable by life imprisonment.

The apex court has said the menace has become rampant especially in North Indian states.

The submission, during the hearing of a PIL which has sought stringent punishment for milk adulteration as the present provision of a maximum of six months in jail had “hardly proved to be a deterrent” comes a month after union minister for science and technology Harsh Vardhan told the Lok Sabha that two out of three Indians drink milk laced with detergent, caustic soda, urea and paint.

Vardhan had said over 68% of the milk sold did not conform to standards laid down by India’s food regulator FSSAI, quoting figures from a nationwide survey conducted by the agency in 2011.

The centre has agreed to the view of the court that the present penalty of six months in jails “was hardly a deterrent” for the menace, which is most common in Delhi and Uttar Pradesh.

An affidavit in the court by Rakesh Nayal, a senior official in the Union Health Ministry said the panel, headed by R.K. Jain, secretary of the National Disaster Management Authority, and representatives from Food Safety and Standard Authority of India will take a decision within three months.

The court had on December 12, 2014 taken serious exception to the Centre’s refusal to amend the law to make the offence punishable with life term.

Yesterday however the court said: “You are asking for life imprisonment for milk adulterators. But we would say even the present maximum term of six months jail would be sufficient if the violators are caught promptly, booked and prosecuted. It can create a fear. If they are not caught and prosecuted what do we do? These are enforcement issues. We are not saying adulteration is not going on. It is rampant. But what do we do? Stop sale of Urea? If the centre has some plans, let us wait for it”.

The bench headed by Chief Justice T S Thakur made this remark to Anurag Tomar, the lawyer for petitioner in a PIL on the issue.The court had on December 12, 2014 taken serious exception to the Centre’s refusal to amend the law to make the offence punishable with life term.

“What are you doing about it? In March we had given an ultimatum to the Centre to inform us if you are amending the law and we are now in December,” the Bench said when Tomar pointed out the delay. “After perusing the reports submitted by various states, prima-facie we are of the opinion that milk is being laced with white paint, caustic soda, detergent, shampoo, urea, starch and blotting paper and the practice is going unabated.

"The Centre must come out with necessary amendment to the Act with all seriousness to curb adulteration. We hope the Government will take appropriate decision during the winter session of Parliament,” the court had said. The Bench had earlier said it would be foolish to go lightly on adulterators just because no grievous illness or death has been reported immediately after someone drinks milk laced with such poisonous substances.

“The poisoning in the body is gradual and once it happens people think they are afflicted with cancer and nobody blames milk. Are you waiting for them to add cyanide in milk? Only then instant death will be caused for you to take action,” the court had said during the earlier hearing.

The Bench suggested an amendment to the law after the Uttar Pradesh government said they faced a hurdle in prosecuting adulterators under the IPC and seeking their life imprisonment after the Allahabad High Court ruled in 2010 that the IPC cannot be invoked when the FSSA should prevail.