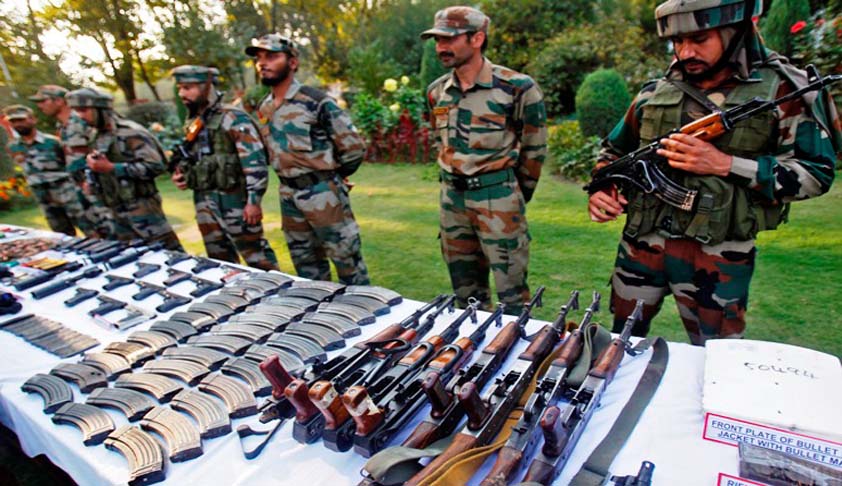 A Division bench of the Supreme Court held on Wednesday that the Centre is not required to invite public tenders for purchase of strategically and critically important apparatus used in defence equipment. The subject matter involved in the case at hand was submarine batteries required for the Indian Navy."Advertisements are issued calling for tenders only for common use items which are...

A Division bench of the Supreme Court held on Wednesday that the Centre is not required to invite public tenders for purchase of strategically and critically important apparatus used in defence equipment. The subject matter involved in the case at hand was submarine batteries required for the Indian Navy.

"Advertisements are issued calling for tenders only for common use items which are normally available in the open market with a wide range of sources. Submarine batteries do not fall under this category of common use items. The respondent cannot claim any vested right to be issued a development indent or RFP or a supply order simply because it has made investments to manufacture submarine batteries. Straightway RFP cannot be issued to the respondent by ignoring the procedure for issuing a development indent and testing the batteries," the bench comprising Chief Justice T.S. Thakur and Justice R. Banumathi observed.

The Court was hearing a petition filed by the Government, challenging an order passed in October, 2005, by the Delhi High Court. The High Court had directed the Centre to issue an advertisement in leading newspapers, inviting tenders for submarine batteries mentioning the detailed technical specifications. It was directed to consider all the products which meet the technical specifications and thereby proceed to select the best product in accordance with law.

It is pertinent to note here that the Director General Quality Assurance (DGQA), working under the Ministry of Defence has a detailed procedure to 'develop/indigenize' critical items/spares. As per the said procedure, the Government identifies the possible vendors and assesses their capacity/technical qualifications and thereafter a development order is placed on the proposed supplier.

The respondent, HBL Nife Power Systems Ltd. had made a representation in October, 2004, to the Ministry of Defence, claiming that it had developed submarine batteries and that they are under internal evaluation. In March, 2005, HBL requested the Ministry of Defence for a development order so that it can be developed as the second source of submarine batteries. HBL also agreed to undergo stringent tests before it could be registered for supplying the product.

Since HBL was not issued a request for proposal subsequently, it approached the Delhi High Court, which held that the procurement method was a policy matter and the policy did not suffer from any illegality. The High Court however, reversed the decision of the Single Judge in an Appeal by HBL, and issued directions to the Ministry of Defence to procure even critical spare parts like submarine batteries only after issuing advertisement and calling for open tender.

This order was challenged by the Centre before the Supreme Court. The Apex Court gave due consideration to the classification of defence procurement, which is categorized under two broad heads: common use items of generic or commercial specifications and 'mission critical' strategic defence products, which are procured only from those firms which are registered with DGQA.

The Court noted that the products in the second category had to undergo a stringent inspection process, which involved drawing up of detailed technical specifications and performance criteria.

Setting aside the order of the High Court, the Bench observed, "If the country wishes to play a substantial role in the Indian Ocean and Arabian Sea, India must ensure high standards of defence power comparing with the neighboring countries and it should have modernized submarines. Modernized submarines require submarine batteries with high sophisticated standard under the aegis of DGQA.

The Government cannot put the life of its defence personnel and submarine worth crores of rupees to risk simply because the respondent claims to have the capability and can supply submarine batteries. For such defence critical spare parts like submarine batteries, there cannot be any open 11 Page 12 advertisement inviting tenders."