Centre Returns 13 Names For Appointment To Allahabad HC, Despite Iteration By Collegium 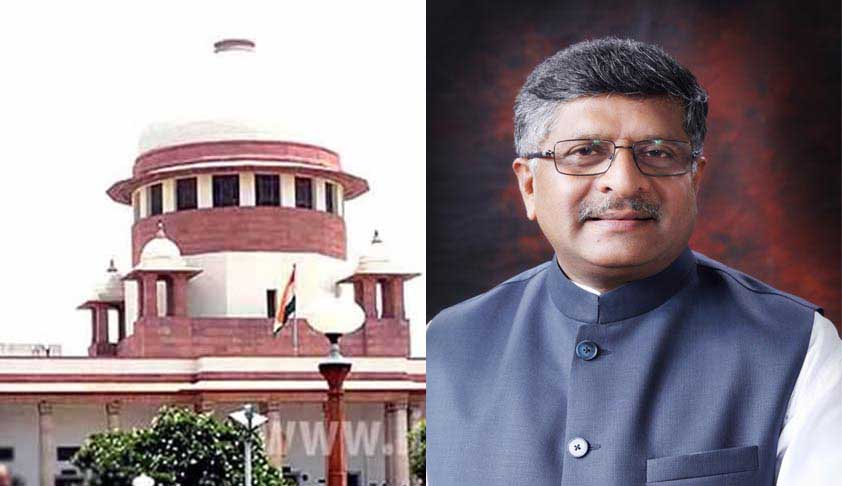 The Centre on Monday reportedly returned the names of 13 Judges recommended by the Supreme Court collegium which had already iterated appointment of these Judges for Allahabad High Court.The Collegium was asked to reconsider the recommendations, with Attorney-General Mukul Rohatgi telling a bench led by outgoing Chief Justice of India T.S. Thakur that they had found “certain...

The Centre on Monday reportedly returned the names of 13 Judges recommended by the Supreme Court collegium which had already iterated appointment of these Judges for Allahabad High Court.

The Collegium was asked to reconsider the recommendations, with Attorney-General Mukul Rohatgi telling a bench led by outgoing Chief Justice of India T.S. Thakur that they had found “certain inconsistencies” in the recommendations for 13 new Judges for Allahabad High Court, out of the 37 names reiterated by the collegium for various High Courts.

During the hearing, Senior Counsel Ram Jethmalani and Gujarat Bar Association President Yatin Ozha alleged deliberate delay on the part of the Government in transfer of a Judge from Gujarat High Court. The transfer had been recommended by the collegium in April, 2016.

It was brought to the notice of the Court that while the transfer in question had been kept pending till date, several recommendations made prior to April 2016 had been cleared by the Government. Mr. Jethmalani then contended that failure to effectuate the transfer despite reiteration by the collegium would lead to “reasonable apprehensions” in the minds of the people even if they are “unfounded apprehensions” as to “why is the government keeping a matter pending.”

Mr. Ozha also made reference to the case of Uttarakhand High Court Chief Justice K.M. Joseph, whose transfer to the High Court of Hyderabad has not been confirmed till date.

Directing the AG to submit a report recording reasons for delay in the transfer within three weeks, the Bench was quoted as saying, “There are processes for appointing judges, there are processes for transferring high court judges which have been pending for seven months. You need to tell us the reason for the delay. You need to have some plausible explanation for the delay. Why are you sitting over the files? If the recommendations are not agreeable you can send back the files to us. The files can’t be kept languishing. There should be some reasonable explanation.”

The Chief Justice also agreed with Mr. Jethmalani’s contention that public perception would be affected if a Judge is transferred but continues to hear a case.

Earlier in November, 2016, the Parliamentary Standing Committee on Personnel, Public Grievances, Law and Justice had solicited memoranda on the delay in filling up of vacancies in the Supreme Court and the High Courts.

“Around 42 percent of sanctioned posts in higher judiciary are lying vacant for quite some time now. Such a large number of vacancies is alarming in nature and has direct bearing upon the access to justice for common people. The Committee intends to address systemic short-comings in judicial appointments and suggest improvements to streamline the existing procedure and process for appointment in higher judiciary,” the advertisement stated.

A three Judge Bench of the Supreme Court, headed by Chief Justice of India T.S. Thakur, had earlier accused the Government of “trying to starve out the cause of justice by not appointing Judges.” Out of the 24 High Courts, 13 are working on less than 65% of their approved strength, considerably waning the working capacity of the Judiciary.

Allahabad High Court has the largest number of vacancies, standing at 75. It is hence currently working at less than 55% of its approved strength, along with the High Courts of Hyderabad, Chhattisgarh. Jharkhand, Karnataka and Calcutta.

High Courts of Meghalaya, Tripura and Sikkim are functioning with 1 vacancy each. Further, even though Punjab and Haryana High Court has the second largest approved strength, it is working at 55% of that strength.

With the High Courts functioning at 60% of their approved strength, the dream for reducing the pendency of cases is unlikely to be realised in the near future.