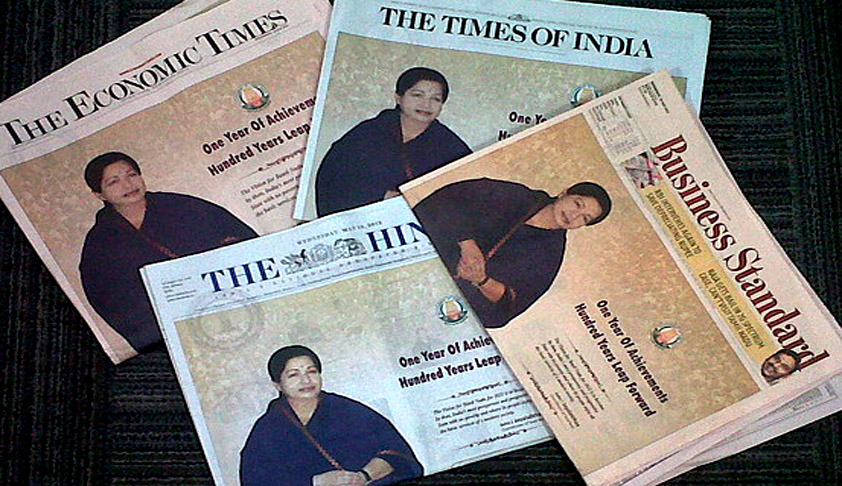 It was one case when the Central Government and the State Governments, irrespective of the parties in power, came together in the Supreme Court to seek the review of a judgment, which they believed went against the grain of democracy. The hearing of the review case in the open court in Court No 7 of the Supreme Court on 9 March in the photo judgments case was one such.On May 13 last year,...

It was one case when the Central Government and the State Governments, irrespective of the parties in power, came together in the Supreme Court to seek the review of a judgment, which they believed went against the grain of democracy. The hearing of the review case in the open court in Court No 7 of the Supreme Court on 9 March in the photo judgments case was one such.

On May 13 last year, the Supreme Court bench comprising justices Ranjan Gogoi and Pinaki Chandra Ghose in Common Cause vs Union of India, held that in advertisements released by them, the Central and State Governments must not publish photographs of the Government functionaries and political leaders. However, it exempted the President, the Prime Minister and the Chief Justice of India from the purview of its judgment.

Apart from the petition filed by Common Cause in 2003, the petitions filed by the Centre for Public Interest Litigation in 2004 and by the Foundation for Restoration of National Values in 2012 were also before the Court with similar prayers, seeking a ban on use of public funds on Government advertisements which are primarily intended to project individual functionaries of the Government or a political party.

Secondly, the court held that the Government must appoint an Ombudsman to iron out the creases that are bound to show from time to time in the implementation of its directions. The ombudsman, it said, would consist of three eminent persons with unimpeachable neutrality and impartiality, and who have excelled in their respective fields.

The Central Government, instead of appointing a Ombudsman, as directed, sought a review of the judgment.

On 9 March when the Court decided to hear the review petitions filed by the Centre and the State Governments of Karnataka, West Bengal, Assam, Tamil Nadu, Uttar Pradesh, Orissa, and Chhattisgarh against its judgment, one question which the same bench asked the review petitioners was where were they when the heard the main case last year.

Senior advocate, Kapil Sibal, who represented Assam, said he was not engaged when the main case was being heard. The bench then clarified that it wanted to know why Assam did not respond to the case during the hearing of the main case, and the question was not about him as a lawyer.

During the hearing of the main case, although notices were issued to all the States, and the Union, only the Central Government and the Bihar Government chose to file their responses to the guidelines recommended by the court-appointed committee. This committee, which included the present Solicitor General, Ranjit Kumar, had recommended exemption to the President, Prime Minister, Governors and the chief ministers of States, while imposing restrictions on publishing photographs of Government functionaries and political leaders along with the Government advertisements.

The bench, however, accepted some of the recommendations of the committee, because they were based on an analytical approach of the best practices prevailing in other jurisdictions. In particular, it referred to similar practices in Canada, U.K., New Zealand and Australia.

The court issued the directions under Article 142 of the Constitution, because it found a legislative void on the subject. Nothing prevented the Central Government to bring a law on the subject, to replace the judgment. But it did not do so.

None of the arguments which the Attorney General and the state Governments advanced through their counsel on 9 March were advanced when the main case was heard. The AG, Mukul Rohatgi thus questioned the rationale of exempting only the three functionaries, namely, the President, the Prime Minister and the CJI. He also asked why the chief ministers were not exempted, as in a federal polity, they play equal roles.

The AG also said, there is a greater likelihood of creation of personality cults only if the photographs of the three functionaries are to be permitted. He also said in public interest advertisements like polio eradication etc., it is important to woo the public to cooperate with the Government’s plans, and for the use of photographs of leaders who inspire could help. These are valid points which cannot be lightly dismissed by the Court, but were not raised earlier.

Kapil Sibal agreed with the spirit of the petitions in the main case that public funds should not be used for political purposes, but he insisted that only a Constitution bench could decide the issue, which he said involves relationship between the citizen and the Ministry, and economic and social planning.

Secondly, Kapil Sibal said neither Parliament nor Court can decide what the other should do. Each is supreme in its domain, he said. Whose photograph can be used in an advertisement should be the responsibility of the sovereign Parliament to decide, he suggested.

While the court has issued notices to the Centre and the states of Delhi and Tamil Nadu on the contempt petition moved by the original petitioners, the bench has reserved its judgment in the review case.