Centre ‘wins’ legal battle against Ex-army man, who served the Country for 15 yrs, fighting for ‘disability pension’ in SC [Read the Judgment] 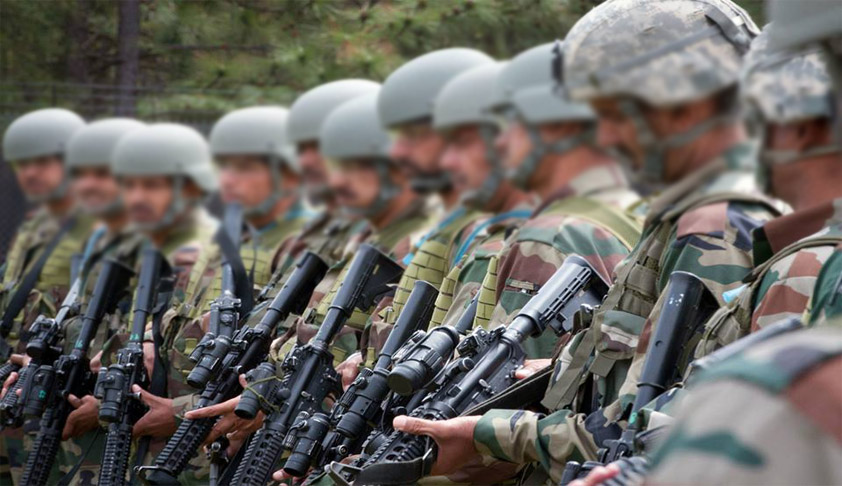 Amidst heated discussions with the Ex Serviceman on the issue of One Rank One Pension who are cornering it with protests and strike unto deaths, the Central Government today can comfort itself with that fact that it has won a Four-year legal battle with an Ex-Army man, as Supreme Court allowed the Centre’s appeal, quashing the Tribunal order which had entitled him to get disability pension. Apex Court Bench of Justices T.S. Thakur and R. Banumathi held that the injury suffered by Ex Naik Vijay Kumar has no causal connection with the military service. The accident, the Court observed “was not even remotely connected to his military duty and it falls in the domain of an entirely private act“

Ex-Naik Vijay Kumar had joined the Indian army in 1990. In 2005, He was on a 30 day leave in connection with his brother’s marriage. During his stay at his sister’s residence, while he was climbing stairs to go to the roof of the quarter for smoking and at that time lights went off and due to darkness he slipped accidentally and fell down from the stairs and sustained multiple injuries. He underwent four operations and was treated in military hospital for three to four months. The Release Medical Board assessed his disability at 60%. After due procedure, the respondent was invalidated from service with effect from 28.02.2006 after completion of seventeen years of service. He was paid monetary benefits due and payable to him and also other pensionary benefits. His claim for disability pension was however rejected by the competent authority stating that respondent’s disabilities are neither attributable to nor aggravated due to military service. Against this order denying him disability pension, he approached the Armed Forces Tribunal, Regional Bench, Chandigarh which observed that he is entitled to get disability pension for 75% disability from the date of his invalidation. The Central Government did not give up the fight, they appealed against this order of the Tribunal and finally emerged victorious today.

Supreme Court rejected the contention of Ex Naik that his disability is aggravated “due to stress and strain of military service” and upheld the Government stand that the accident in his case was not even remotely connected to his military duty. The Court observed that “After the accident, when the respondent was not actually performing his duties and therefore disability cannot be attributed to military service nor can it be said to have been aggravated due to stress and strain of military service”.  Rejecting the argument that the finding of Medical Board is unchangeable, the Court held that the assessment by the Board is recommendatory in nature and is subject to acceptance by the Pension Sanctioning Authority.

The Court also distinguished this case with Union of India & Anr. vs. Ex Naik Surendra Pandey, (2015) 2 SCALE 361. In that case, disability pension was granted as it was found that “there was a reasonable nexus and causal connection between the disability and the military service of respondent at the relevant time.” But in this case, the court held that his “act of going towards the roof for smoking at his sister’s house and falling down at no stretch of imagination can be attributed to military service”. The Court was of the opinion that the present case is similar to facts of the case in Union of India And Anr. vs. Talwinder Singh, (2012) 5 SCC 480, Union of India And Ors. vs. Jujhar Singh (2011) 7 SCC 735 and some others, wherein claim of Disability was rejected on similar grounds.