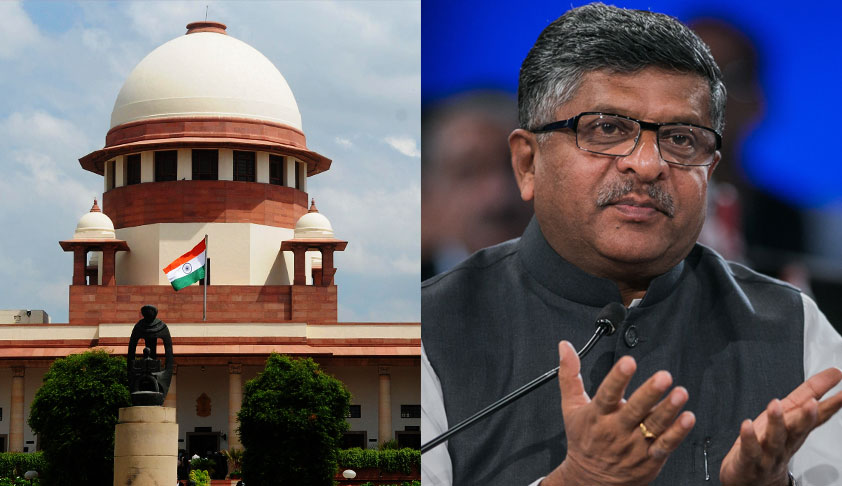 x
The SC Collegium has been biting the bullet, sending disconcerting signals about  independence in judicial appointments.

Though the acceptance of re-recommendation for Justice K M Joseph's elevation has avoided an embarassing stand-off between Centre and SC Collegium, it is hard to miss the an emerging pattern in the recent judicial appointments, which indicates the attempts of the Centre to have one-upmanship over Collegium.

The appointment of Justice Joseph - whom the Collegium had unanimously found to be more deserving and suitable in all aspects than other judges- comes after seven months of public drama and suspense. On April 26, the Centre did the unprecedented and unthinkable by splitting up the Collegium recommendation, by accepting the elevation of only  Indu Malhotra, who was recommended along with Justice Joseph on January 10,2018. Centre's reasons for returning Joseph's name -lack of seniority and over-representation from High Court of Kerala- were widely criticised by several jurists and public personalities, including former Chief Justices of India. Former CJIs Justice Lodha and Justice Thakur, former Delhi HC CJ Justice A P Shah, Senior Advocates Fali S Nariman and Soli Sorabjee etc. were unanimous in their stand that Centre did the wrong thing by splitting up the recommendation. They also voiced that seniority was not a relevant factor for elevation to SC. In the Second Judges case, it was held that merit was predominant consideration for elevation to SC than seniority, by stating, "Where, therefore, there is outstanding merit, the possessor thereof deserves to be appointed regardless of the fact that he may not stand high in the all India seniority list or in his own High Court".

The reasons cited by Centre for returning the name of Justice Joseph seemed contrived than convincing, strengthening the surmise that Justice Joseph was 'paying the price' for his April 2016 judgment which quashed Centre's imposition of presidential rule in Uttharakhand.

More baffling was the Collegium's response, as it did not assert and affirm its stand in the wake of Centre's opposition. The Collegium seemed to be dilly-dallying, and deferred decision on Justice Joseph on several occasions. The retirement of Justice Chelameswar, who was vocal in his support for Justice Joseph, and the consequent change in Collegium composition added to the speculation whether Collegium will reiterate its stand. Finally, his name was re-recommended on July 20, along with Justices Indira Banerjee and Vineeth Saran. The ball was lobbed to the Centre's court, starting yet another uncertain wait. Meanwhile, a PIL was filed in the SC seeking to direct the Centre to act upon collegium recommendations in a time bound manner.  When the reiteration of Justice Joseph's name was accepted, there must have been a collective sigh of relief from the legal fraternity. But the entire exercise cost Justice Joseph his inter-se seniority in SC, as he takes appointment junior to Justices Indira Banerjee and Vineeth Saran.

Centre had no other option but to accept the re-recommendation of Justice Joseph as per the existing law settled in the Second Judges' case, which state that the Executive will be bound by the re-recommendation made by Collegium.  Centre may claim that it has acted only as per Constitution. Nevertheless, one has to take into account the consistent pattern of sitting over files, splitting up recommendations and selective acceptances of names by the Centre over past few years, which has considerably weakened judicial independence. It will be shown below that the Centre has breached the law laid down in Second Judges case on more than one occasion.

On April 19, the Centre made outright rejection of the Collegium's reiteration of the proposal to make Justice Ramendra Jain a permanent judge of Punjab & Haryana High Court. Instead, it merely extended the term of Justice Ramendra Jain, in blatant disregard of the law laid down in Second Judges Case that Collegium's reiteration of proposal is absolutely binding on the Centre.

The Centre defied the rule of being bound by Collegium recommendation in cases of two recommendations for Allahabad High Court . The names of Bashrat Ali Khan and Mohammed Mansoor were recommended by SC Collegium for elevation as judges of Allahabad High Court in 2016. Centre pointed out certain allegations against them. However, they were found to be frivolous by the Collegium, and their names were reiterated within few days. After sitting over the files for nearly two years, the Centre rejected the reiteration of Bashrat Ali Khan and Mohammed Mansoor, in clear violation of law laid down in Second Judges Case.

The pattern was repeated in cases of Mohammed Nizamuddin and Harnaresh Singh Gill, who were recommended  by Collegium for appointment as judges of Calcutta High Court and Punjab & Haryana High Court, respectively. Ignoring Collegium's proposals, the Centre rejected them, without assigning any reasons.  Harnaresh Gill's name was re-recommended by the Collegium on August 1, stating that the centre returned his name without stating any reasons.

On January 10, the Collegium had made another recommendation regarding appointment of Justice Aniruddha Bose of Calcutta High Court as the Chief Justice of Delhi High Court. This was returned by the Centre, reportedly stating that Justice Bose did not have experience as Chief Justice to handle such a "prominent" High Court. On  July 20, the Collegium accepted the Centre's objection and altered its stand, by replacing recommendation of Justice Bose with Justice Rajendra Menon, CJ of Patna HC, without giving much reasons.  Justice Bose was instead appointed as CJ of Jharkhand HC. It is problematic to learn that the Collegium accepted the proposition that certain High Courts are more "prominent" than others. Also, this was contrary to the precedents of puisne judges being appointed as CJ of Delhi HC- Justice G. Rohini and Justice N. V. Ramana(now SC judge).

Another glaring instance of Government interference was in the proposal for elevation of Judge Krishna Bhat to High Court of Karnataka. Bypassing the SC Collegium, which had recommended elevation of Judge Krishan Bhat, the Centre directly made a communication to the Justice Dinesh Maheshwari, CJ of Karnataka HC, for initiating inquiry proceedings regarding Bhat's candidature. This was despite the fact that the Collegium had found the allegations against Bhat to be frivolous after due enquiry. The Centre's action triggered off response from Justice Chelameswar, who wrote a letter to the CJI calling for a full court meeting to address the extraordinary situation. Justice Chelameswar highlighted incremental encroachment of executive into the judicial domain.

"For some time, our unhappy experience has been that the Government’s accepting our recommendations is an exception and sitting on them is the norm. “Inconvenient” but able judges or judges to be are being bypassed through this route", he wrote.

Following this, inquiry proceedings against Judge Bhat were dropped, and his name was reiterated on April 6. Centre is to act upon it.

Live Law had earlier reported on the basis of data collected by the research team that a staggeringly high number of more than 143 names are pending for judicial appointment. Most of such names are pending at the Government level, after clearance by the Supreme Court Collegium

While previous CJIs like Justice Lodha, Justice Thakur, and Justice Khehar have been very active in voicing concerns about delay and  interferences in judicial appointments, the present CJI, Justice Misra, is not perceived as forthcoming in addressing exceeding executive interference. The SC Collegium has been biting the bullet, sending disconcerting signals about judicial independence.

The present government may distinguish itself by drawing comparisons with the blatant misdeeds of Indira Gandhi's Congress Government, which had actively plotted for "committed judiciary". It is true that no direct salvo at the judiciary has been fired from the present executive. Yet, it will not be wrong to conclude that it has been slowly chipping away the edges of judicial edifice, crippling its independence gradually.