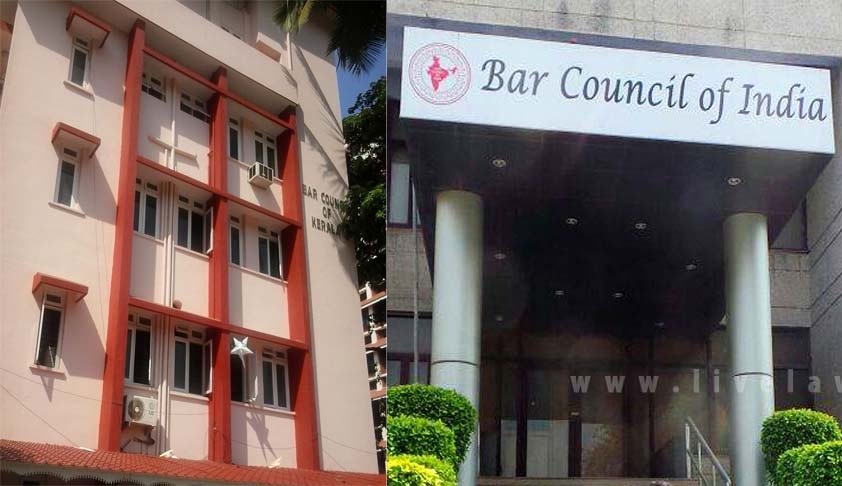 A letter No: KBC/605/2015/Cir (Renewal) dated 06-05-2015 has been issued by the Secretary of Bar Council of Kerala to all Bar Associations which contain the following:

A glance on the Rules framed by Bar Council of India and the communications issued by the Bar Council of India reveals that the initial decision of collecting Rs.500/- from lawyers was changed and fixed as Rs.100/- due to protests from Bar Associations. The Statement of Objects and Reasons of “Bar Council of India Certificate and Place of Practice (Verification) Rules 2015” says as follows:

“Furthermore, since some of the Bar Associations have raised baseless objections with regard to the sum of Rs.500/- as practice fee (as per them it is a heavy amount) the major portion (about Rs.400/-) of the Rs.400/- was aimed (in 2014 Rules) for providing welfare schemes (like Insurance for advocates and their family members and improvement of infrastructure and library of Bar Associations, Pensions etc). But due to objection, now the Council has resolved to segregate this amount of Rs.400/- for welfare schemes from the process fee of verification. Now only Rs.100/- is to be charged from the Advocates as process fee and rest of Rs.400/- would be optional, not mandatory, depending upon the decision of concerned State Bar Council and the concerned Advocate.”

The Bar Council of Kerala also decided to collect Rs.200/- as cost of issuing Identity Card to lawyers. The issuance of ID Cards does not find a place in the new Rules framed for the purpose of issuance of Certificate of Practice. It seems to be an idea created by the Bar Council of Kerala. It is not known how an ID Card costs Rs.200/- when even quality Plastic ID Cards issued by various authorities cost less than half of the same. The lawyers of Kerala have to spend Rs.700/- plus the Demand Draft Commission and handling charges which may be incurred by the concerned Bar Associations to obtain their Certificate of Practice and Identity Card. It is also notable that the validity of the Certificate and ID Card is only five years. This amount is to be paid by all lawyers irrespective of their service of practice. It is quite surprising, rather shocking that the bar Council of Kerala has decided to spend Rs.94 Lakhs (Rs.200/- x 47000) to issue ID Cards to lawyers for a five year period. The lawyers of Kerala are forced to pay this amount when the Bar Council of India has fixed a reasonable amount of Rs.100/- alone, that too after protests against the amount earlier fixed as Rs.500/-.

There are 47,000 lawyers in the rolls of Bar Council of Kerala. Rs.400/- collected from each lawyer will amount to Rupees One Crore and Eighty eight lakhs which is not a small amount. Likewise Rs.200/- is being collected as cost of ID Card which amounts to Rupees Ninety Four lakhs. It is not at all convincing that 47,000 ID Cards cost Rs.94,00,000/-. When the Bar Council of Kerala decided to collect such a huge amount, it is answerable to lawyers of Kerala as to how they are going to utilise the said amount, especially when the tenure of the present Bar Council is to expire within a few months. The Bar Council of Kerala has to explain a lot on these facts.

Read the Circular of Bar Council of Kerala here.