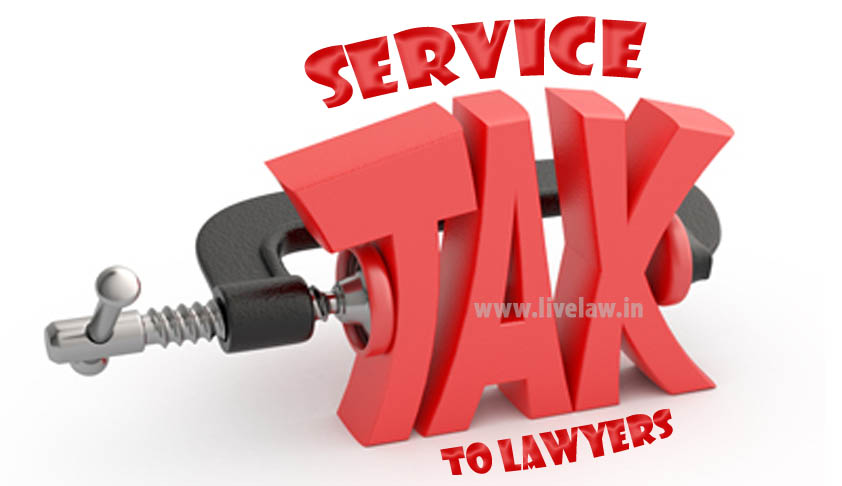 The Bombay High Court has dismissed a petition by a practicing advocate, who had claimed that service tax on advocates should not be levied. The judgment delivered by a Division Bench, consisting of Justices A. A. Sayed and S. C. Dharmadhikari makes it clear that levy of service tax does not interfere with the noble profession and is in conformance with the Constitution of India.The...

The Bombay High Court has dismissed a petition by a practicing advocate, who had claimed that service tax on advocates should not be levied. The judgment delivered by a Division Bench, consisting of Justices A. A. Sayed and S. C. Dharmadhikari makes it clear that levy of service tax does not interfere with the noble profession and is in conformance with the Constitution of India.

The practicing advocate, the petitioner in this case, submitted to the Court that 'Section 65(105) (zzzzm) of the Finance Act, 1994 as inserted by the Finance Act  2009, substituted by Finance Act 2011, proceeds to levy Service Tax on the Advocates.' He claimed that it is a violation of constitutional guarantee to all. The petitioner also said, 'when administration of justice is a sovereign and regal function  of the State and Advocates are part of the same, then, they cannot be said to be rendering any service and of   the   nature   envisaged   by   the   Service   Tax   Act/Finance   Act. Legal profession has not been understood from times immemorial as a profit making activity or venture.  It is  not a business or trade.  It is a solemn duty which is performed for   the litigants including the State who aremajor stakeholders in the judicial system.   If, therefore, Advocates are approached   by   litigants   so   as   to   properly,   completely   and   effectively represent them in the Court of law, then, a tax cannot be levied by the State on them. That would amount to denying the litigant access to justice. The guarantee of cheap, effective and expeditious justice to the common man, is thus affected.'

The petitioner also claimed that, said   'Amendment   violates   Article   14   of   the   Constitution in as much as the said amendment discriminates between representation made on behalf of an individual and representation made on behalf of abusiness entity.' He also termed levy of service tax on Advocates are unreasonable and unjust. It was also claimed that as per, All India Federation of Tax Practitioners v Union of India 2007 (7) SCC 527, service tax is a value added tax which is levied on the value of addition which is made  as a result of rendition of a service. The petitioner claimed that advocacy is not a service but a noble profession.

On the other hand, Union of India took the stand that amendments were made in 2011 after which 'the   provider   has   beenrelieved and the burden falls on the recipient' ( to pay service tax). It also relied on a plethora of judgments and submitted the point that levy of taxes cannot be unconstitutional. It also relied upon Article 245, Article 246and Article 248 of the Constitution of India and claimed that there exists no bar on levy of service tax.

After going through the contentions from both side, the judgment notes, "the   taxable   service   means   any   service provided or to be provided   to   any   person,   by   a   business entity, in relation to advice, consultancy and assistance in any branch of law, in any manner."

The Court also said, 'legislature by inserting such provision has neither interfered with the roleand function of an advocate nor has it made any inroad and interferencein the constitutional guarantee of justice to all.  The services provided to aindividual client by an individual advocate continues to be exempted fromthe purview of the Finance Act and consequently Service Tax but when anindividual advocate provides service or agrees to provide services to any business entity located in the taxable territory, then, he is included and liable to pay Service Tax.' The judgment also notes, 'The Advocates and legal practitioners are known to pay professionaltaxes   and   taxes   on   their   income.     They   are   also   brought   within   thepurview of service tax because their activities in legal field are expandingin the age of globalization, liberalization and privatization. They are not only catering to individuals but business entities.'

The judgment delivered by a division bench also said 'Thus, what holds good for chartered accountants and architects must equally apply to other professionals such as advocates, and who too are well conscious of their status.'