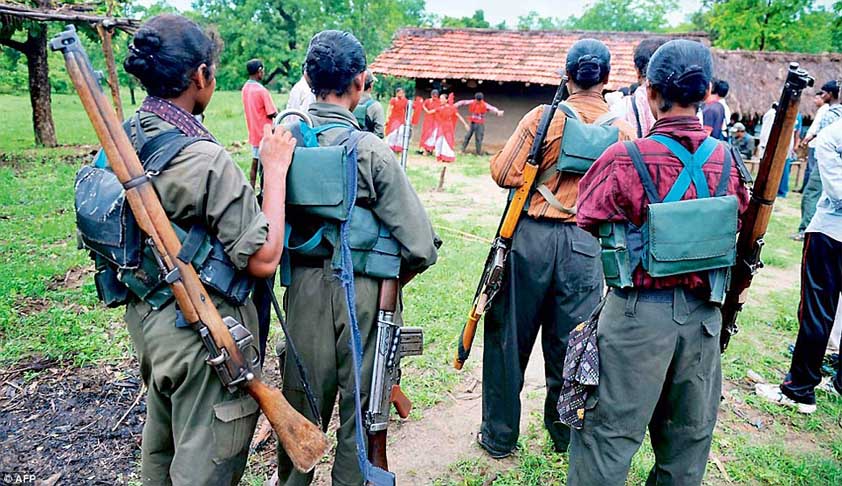 The “surrender” of the three-term sarpanch of Chintagufa (till 2010) in Chattisgarh, and a member of the Communist Party of India (CPI), Podiyam Panda, to the Chattisgarh Police purportedly on May 9 has led to serious misgivings about the policy of surrender of suspected Maoists, being pursued by the state Government.Panda was picked by the police from near his village in Sukma district...

The “surrender” of the three-term sarpanch of Chintagufa (till 2010) in Chattisgarh, and a member of the Communist Party of India (CPI), Podiyam Panda, to the Chattisgarh Police purportedly on May 9 has led to serious misgivings about the policy of surrender of suspected Maoists, being pursued by the state Government.

Panda was picked by the police from near his village in Sukma district on May 3, according to eyewitness accounts, but the police told the Chattisgarh High Court on May 18, in response to a habeas corpus petition, filed by his wife, Podiyami Muiye, that he was not arrested, rather he surrendered on May 9 at Sukma.

Podiyami Muiye, who is currently the sarpanch of Chintagufa, filed a habeas corpus petition in the Chhattisgarh High Court, on May 12, demanding the production of her husband.

The Police further submitted on May 18, to the two-Judge bench of the High Court, comprising Justices Pritinker Diwaker and R.C.S.Samant, that Panda was apprehending threat to his life. The police added that he was in transit camp, and was free to move out and go to his home, if so wished.

Sudha Bharadwaj, counsel for Muiye, insisted that the police had detained Panda, and on her plea, the Court directed the police to produce him on May 22.

In the meantime, the police held a press conference in Sukma in which Podiyam Panda was produced and made to “confess” to being involved in the Burkapal, Tadmetla and other Maoist attacks. He also confessed to helping an urban network of journalists, traders, politicians and activists meet Maoists.

On May 22, Panda was produced before the High Court, and not allowed to meet his family and friends. He told the Judge that he would like to remain with the police, and not return home. The Court allowed the family to meet him after the hearing, but noted that he would not be allowed to change the statement he had already made in court.

Muiye’s petition [WPHC 12 OF 2017] is perhaps the first case in which the so-called surrender of a Maoist sympathizer has been challenged in a court. The inconsistency between Panda’s actual detention on May 3 and his “surrender” on May 9, has been questioned, asking what the Police did with him during the interregnum of six days. Further, it has been pointed out that the surrender, to be legal, must be voluntary.

Unlike in an arrest, where a person should, by law, be produced before a magistrate within 24 hours, there is no such requirement for surrenderees. This loophole, according to activists, has enabled the Chhattisgarh police to use ‘surrenders’ as a way of keeping large numbers of people in police custody without any legal encumbrance, where they may be coerced or tortured.

Since a surrender is analogous to a confession (that is, the surrendered person claims to have been involved with Maoists, and now expresses a desire to be with the police personnel),it should be given the same status as a statement made to the police in custody, says Bharadwaj. According to her, the Court has to test this surrender policy of the state Government, keeping these concerns in view.

The Supreme Court has repeatedly held that a statement made by a person who is in police custody and thinks he will go back to police custody cannot be relied upon as being the whole truth. The fear of return to police custody may inhibit a free and frank statement, even to a court, it has been held.

In Rabindra Kumar Pal @Dara Singh vs. Republic of India, the SC held on January 21, 2011: “Confessions of various accused persons, cannot be considered to be voluntary on account of the fact that all the co-accused persons were produced before the Magistrate from the police custody and were remanded back to police custody.”

In Panda’s case he was produced in Court and made his statement before the judges with the police standing right behind him. He did not have an opportunity to interact with his family or lawyers before making the statement.

In State of Maharashtra vs. Damu (2000), the Court had held that the Magistrate who proposes to record the confession, has to ensure that the confession is free from police interference.

"Even if the accused is produced from police custody, the Magistrate is not to record the confession until the lapse of such time, as he thinks necessary to extricate his mind completely from fear of the police to have the confession in his own way by telling the Magistrate the true facts", it was held.

According to the Punjab & Haryana HC rules, “The examination of an accused person, immediately after the police brings him into court, is not desirable. Ordinarily, the magistrates should remand the accused to a sub-jail for a period of at least 24 hours before his statement is recorded. It should further be made clear to him that whether he makes or does not make a confession, he will not be sent back to the police custody, but will be sent to sub jail, where the police or the investigating officer shall have no control over him. The fact that this has been done should be recorded.”

Activists, therefore, have expressed outrage that the whole Panda case of ‘surrender’ and production before the High Court displays a shocking miscarriage of justice.

It is also urged that the Court must take notice of the illegality of the surrender policy and hold the government to account.

It has also been urged that the press should refrain from publishing scurrilous allegations about Panda and others put out by the police on the basis of so-called confessional statements extracted from Panda in police custody.