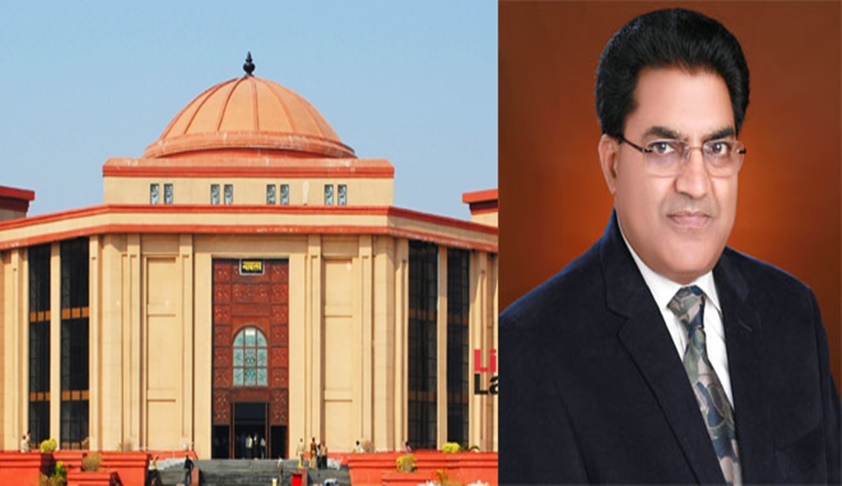 The Chhattisgarh High Court has quashed and set aside the order of extension of tenure of Vice-Chancellor of Hidayatullah University, Prof. (Dr) Sukhpal Singh.The division bench of Justice Goutam Bhaduri and Justice Sanjay Aggarwal concluded that the Executive Council’s recommendation for extension of tenure was not sustainable as the council failed to apprise the Chancellor of the...

The Chhattisgarh High Court has quashed and set aside the order of extension of tenure of Vice-Chancellor of Hidayatullah University, Prof. (Dr) Sukhpal Singh.

The division bench of Justice Goutam Bhaduri and Justice Sanjay Aggarwal concluded that the Executive Council’s recommendation for extension of tenure was not sustainable as the council failed to apprise the Chancellor of the University about the actual facts of the case before recommending such extension.

Dr. Avinash Samal, a professor at the said university and a former member of the executive council of the said university, filed the writ petition challenging an order of a single bench of the high court after his petition seeking quashing of the order of extension of tenure was dismissed.

It was contended that Dr. Sukhpal Singh was appointed as Vice-Chancellor of the University on March 5, 2011 for a period of 5 years or till the age of 65 years, whichever is earlier, in terms of statute 19(5) read with section 8(2) of the Hidayatullah National University of Law Chhattisgarh Act, 2003.

Thereafter, an amendment was incorporated in the statute 19(5) of the said Act enhancing the upper age limit to 70 years. Subsequently, a meeting of the executive council was held on September 6, 2014. According to the petitioner, who was present at the meeting, it was stated that the agenda for the meeting was placed for discussion only with respect to making amendment in the statute of the university for extension of tenure of Vice-chancellor in general and not specifically for the extension of the tenure of Prof. (Dr.) Sukhpal Singh, the existing Vice-Chancellor.

It was the case of the petitioner that in the executive council meeting convened on September 6, 2014, there was no discussion about the extension of tenure of Dr. Sukhpal Singh to the post of Vice-Chancellor and the said proposal was not circulated to some members of the council, including the petitioner.

Moreover, it was contended that in a notification dated November 25, 2014, an amendment was published by the In-charge Registrar, RL Masiya in the official gazette. But before that, in the executive council meeting that took place on September 6, 2014, the recommendation was made for extension/repetition of tenure for Vice-Chancellor and on that basis, extension of tenure of respondent No.5 till the age of 70 years was made.

The petitioner alleged that extension of tenure was granted on the information supplied by the Registrar to the Chancellor of the University on the wrong facts as proper facts were not placed.

Firstly, the court refused to accept the idea that petitioner did not have a locus standi in the matter, as he was part of the executive council that passed the recommendation.

The court underlined a major contention raised by the petitioner-

“The submission made by the petitioner appellant is that such power to recommend the extension of period of Vice Chancellor as per the Statute 19(5)(A) was not in the statute book on the date of recommendation on 06.09.2014. Therefore, the power of such recommendation which was made for the repeat tenure of the Vice Chancellor was not vested with the Executive Council at the relevant time i.e., 06.09.2014.”

Upon examining various judgments of the Supreme Court and the said Act, the court observed-

“A plain and simple reading of Statute 15 of the Act, 2003 shows that sub-section (3) of section 15 prescribed that the Executive Council shall have all the power to make any amendment in the statute contained in Schedule to this Act. Sub-section (4) of Section 15 further puts a rider that any amendment to the statute including the addition thereof “shall not take effect” unless the chancellor after consultation with the State Government assented to it and it further speaks that it would be the power of Chancellor to withhold the assent or return the proposal for amendment to the Executive Council for reconsideration in the light of observation, if any, made by him.”

The court could not help but notice the irony that the ‘proposed amendment’ on the basis of which recommendation to extend the tenure of the Vice-Chancellor was made, came in after the recommendation by the executive council.

Finally, the appeal was allowed—

“It is held that recommendation made on 06.09.2014 by the Executive Council to extend the period of Vice Chancellor Prof. (Dr.) Sukpal Singh of the University beyond his initial tenure for a further period of 5 years or until he attains the age of 70 years, whichever is earlier, cannot be sustained as the Chancellor was not apprised with the actual facts by the University. So, the same cannot be continued despite the fact that the Vice Chancellor has almost completed his major part of extended period of tenure. Accordingly, Part-B of Annexure P-1 dated 02nd December 2014 is set aside.”