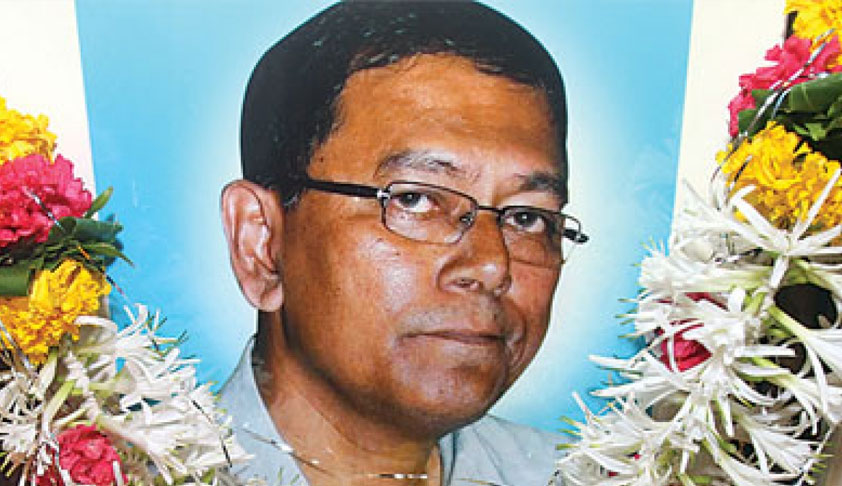 Nearly seven years after veteran journalist Jyotirmoy Dey was murdered, the Special MCOCA Court on Wednesday pronounced Rajendra Sadashiv Nikalje, also known as Chhota Rajan, guilty under Sections 302, 120-B of the IPC and Section 3(1)(i), 3(2) and 3(4) of the Maharashtra Control of Organized Crime Act (MCOCA) and sentenced him to suffer life imprisonment.Along with Rajan, eight others have...

Nearly seven years after veteran journalist Jyotirmoy Dey was murdered, the Special MCOCA Court on Wednesday pronounced Rajendra Sadashiv Nikalje, also known as Chhota Rajan, guilty under Sections 302, 120-B of the IPC and Section 3(1)(i), 3(2) and 3(4) of the Maharashtra Control of Organized Crime Act (MCOCA) and sentenced him to suffer life imprisonment.

Along with Rajan, eight others have been found guilty of the said charges and have been sentenced to life. They are Rohee Joseph, Anil Waghmode, Abhijit Shinde, Nilesh Shedge, Arun Duke, Mangesh Agvane, Sachin Gaikwad and Deepak Sisodia.

While one of the accused is now deceased, only two others have been acquitted from the case. They are Jigna Vora and Paulson Palitara. The court held that prosecution had failed to prove the charges against the two.

The 56-year-old Dey, a crime reporter working with the Midday Eveninger, was shot down in broad daylight in a market of Powai, suburban Mumbai, in June 2011. He was rushed to the nearby Hiranandani Hospital, where he succumbed to his injuries.

CP Patnaik, the sanctioning authority under the MCOCA Act, stated that he had considered the conduct of Jigna Vora, former Deputy Editor of The Asian Age, immediately prior to the incident i.e., she had gone on leave one or two days prior to the incident and had returned on the job after about 10 days of the incident, during that time she was not accessible, that she had written a news article suggesting that drug peddlers from the UK could have been behind the murder of J Dey.

Other witnesses in the case stated that Vora had given Rajan the registration number of J Dey’s motorcycle. However, the court held that the prosecution had failed to prove Vora’s involvement in the said case.

Judge SS Adkar pronounced the verdict in open court around 12 noon and then the quantum of sentence was pronounced at 4:35 in the evening.

Dey, who was actively covering organized crime or ‘underworld’ on a regular basis, had written articles that did not go down well with Rajan.

The court called the senior journalist’s murder cold-blooded and accepted the prosecution’s case that Rajan resented how Dey consistently portrayed him in a weaker light in comparison to his arch rival Dawood Ibrahim.

After examining various articles written by J Dey, the court noted: “When the statements made by J.Dey through the newspaper articles are considered from the point of view of a criminal mind then certainly, these articles would anger a criminal mind. On reading such news, a criminal mind will feel that he was undervalued, demeaned and was shown to be very weak in comparison to his arch rival. Ego would have been hurt. In so far as the accused no.12 Chhota Rajan is concerned, it may be reiterated that prosecution has already proved that he was angry with J Dey as J Dey was giving credit to others for the work done by him and J Dey was working for Dawood who was his arch rival. Prosecution has also proved that the accused no.1- Chhota Rajan suspected that J Dey was working for Dawood Ibrahim. It cannot be forgotten that while in the Courts of law it is said that suspicion howsoever strong does not take place of proof, but in the underworld slightest of suspicion about one’s conduct can lead to his elimination.

The articles written by J Dey had the potential to affect the activities of the syndicate adversely as the accused no.12 Chhota Rajan was shown to be not only in a very weak position but also desperate to show that he had a very strong hold in the underworld. Criminals and gangs thrive on the fear factor.

In order to ensure their gang flourishes, they instil fear in the mind of others. The fear so created would further the cause of the syndicate. Therefore, if the accused no.12-Chhota Rajan was shown to be in a weak position, people would not have feared him. By committing murder of J Dey who was a reputed Journalist a clear message was sent to the media and through the media to the general public & the rivals that the Organized Crime Syndicate of the accused no.12-Chhota Rajan was very much alive and kicking, that nobody should dare to say anything against him and if anybody dared to do so, then he would meet the same fate as J Dey.”

The court further noted that the advantage which was sought to be taken through the murder was to establish fear in the minds of the people and to show to the Organized Crime Syndicate that Chhota Rajan was still strong and active. Therefore, the advantage which was sought to be achieved by the act of committing the murder of J Dey is very much covered within the words “other advantage” as mentioned in section 2(1)(e) of the MCOC Act,1999, the court said.

Finally, after pronouncing the verdict, judge Adkar made all the accused aware of their right to file appeal against the judgment.