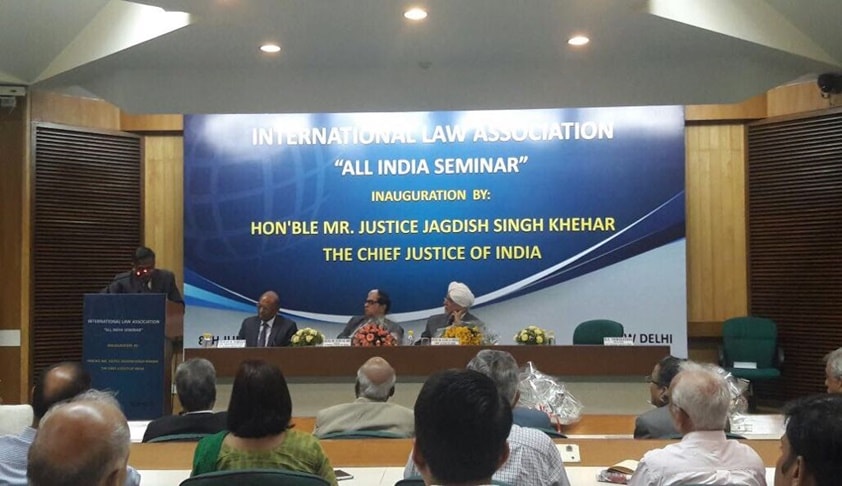 He was speaking while inaugurating All India seminar of the International Law Association at New Delhi.

The Indian legal profession has grown over a short period of less than 70 years… to possibly become the world’s largest, and most influential, in the matter of governance. India has close to 1.2 million lawyers, whose professional conduct is regulated by the Bar Council of India and the State Bar Councils.

He said "with the advent of globalization, the legal profession in India has undergone  a major shift in past two decades. Economic globalization has given an opportunity of constant interaction with foreign lawyers and law firms and an international clientele. As a result there has been transfer of knowledge, system and practice to Indian law  firms so as to undertake much larger role in cross-border transactions."

He said many countries such as USA, Japan, Australia, even some EU States, have been approaching the Government of India, to seek liberalization of India’s legal services sector.These representations desire market access commitments, under the framework of the General Agreement on Trade in Services (GATS). Till now India, which is a member of the World Trade Organization (WTO) has not given any such commitment.  However, foreign governments through representative bodies continue to lobby for opening Indian legal services to foreign competition. Equally stiff, has been the opposition by the Bar Council of India.

“Now it appears that the Bar Council of India and the Society of Indian Law Firms have agreed “in principle” with the government’s proposal to gradually open up the legal sector to foreign players, but insist, that this should be on a reciprocal basis”.