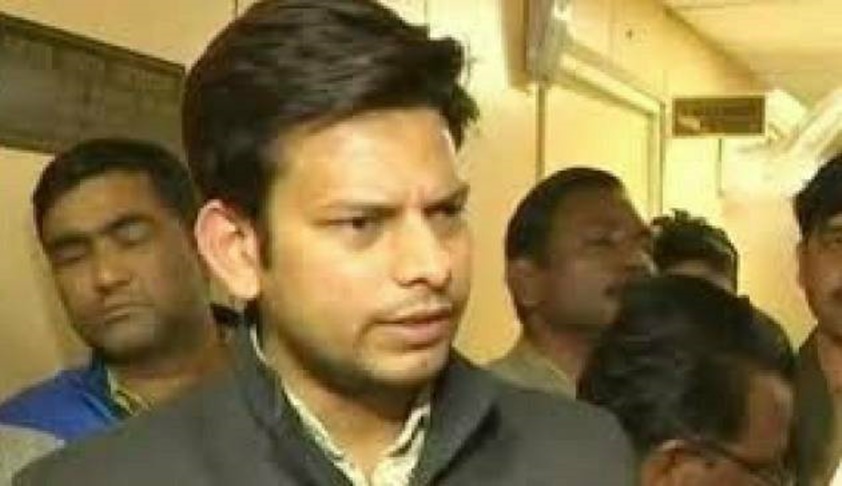 Embroiled in the controversy surrounding attack on Chief Secretary Anshu Prakash, AAP MLA Prakash Jarwal was on Friday granted bail by the Delhi High Court which also took note of the continued harassment of the senior bureaucrat who was recently issued notice by the Delhi Assembly Committee.Justice Mukta Gupta granted bail to Jarwal saying, “The nature of allegations, the sentence provided...

Embroiled in the controversy surrounding attack on Chief Secretary Anshu Prakash, AAP MLA Prakash Jarwal was on Friday granted bail by the Delhi High Court which also took note of the continued harassment of the senior bureaucrat who was recently issued notice by the Delhi Assembly Committee.

Justice Mukta Gupta granted bail to Jarwal saying, “The nature of allegations, the sentence provided for the offences invoked if convicted after trial and the fact that there is no likelihood of the petitioner fleeing away from justice, this Court deems it fit to grant bail to the petitioner.”

The court, however, noted that the FIR against Jarwal in the Chief Secretary assault case “being the third FIR against the petitioner for assault on a public servant, in case the petitioner indulges in any such illegal act in future, the bail granted to the petitioner would be liable to be cancelled”.

Deoli MLA Jarwal and MLA Amanatullah Khan are accused of abusing and assaulting Prakash Jarwal on February 20 at the residence of Chief Minister Arvind Kejriwal where the senior bureaucrat was called for a meeting to discuss difficulty in release of certain TV advertisements relating to the completion of three years of the current government in Delhi.

A complaint was lodged by Anshu Prakash at the Civil Lines police station after which Jarwal and Khan were arrested. In his complaint, Anshu Prakash says he was first called for the meeting late in the night and made to sit between Jarwal and Khan on a three-seater sofa. They suddenly started attacking him with fist blows on head and temple.

The MLAs have been booked for criminal conspiracy, intimidation, assault on public servant etc.

Khan’s bail plea is pending before the court.

During the hearing on Jarwal’s bail plea, his counsel senior advocate Dayan Krishnan contended that of the offences alleged in the FIR only Sections 332 and 353 IPC (relating to causing hurt and assault of public servant to deter him from discharging his duty) are non-bailable, being punishable for imprisonment upto three years and two years, respectively, and that Jarwal has been in custody since February 20, investigation has concluded and 14-day custody period has already expired and therefore, Jarwal can be released on bail.

Standing counsel for the State, Rahul Mehra, however, took the court through the statement of VK Jain, Advisor to the Chief Minister, recorded under section 164 CrPC wherein he has supported the averments in the complaint about attack on Anshu Prakash.

Anshu Prakash’s counsel argued that Jarwal’s conduct is reflective of subverting the due process of law.

“Indubitably out of the offences made out against the petitioner only Sections 332 and 353 IPC are non-bailable and punishable for a sentence upto three years and two years imprisonment or with fine or both respectively. No custodial interrogation of the petitioner is required as no police custody remand was granted. There is also no apprehension that the petitioner would not be available for trial or flee away from justice,” noted Justice Gupta.

It, however, went on to note that, “apprehension of the complainant and the State is involvement of the petitioner in the offences of nature alleged, the present being the third in line besides other offences, which apprehension is not unfounded”.

Faced with this situation, Jarwal said he was ready to comply with any condition the court may impose on him for granting bail.

Justice Gupta then granted him bail on furnishing a personal bond in the sum of Rs 50,000 with two sureties on the condition that he would not leave the country without due permission of the court or obstruct the complainant in any manner.