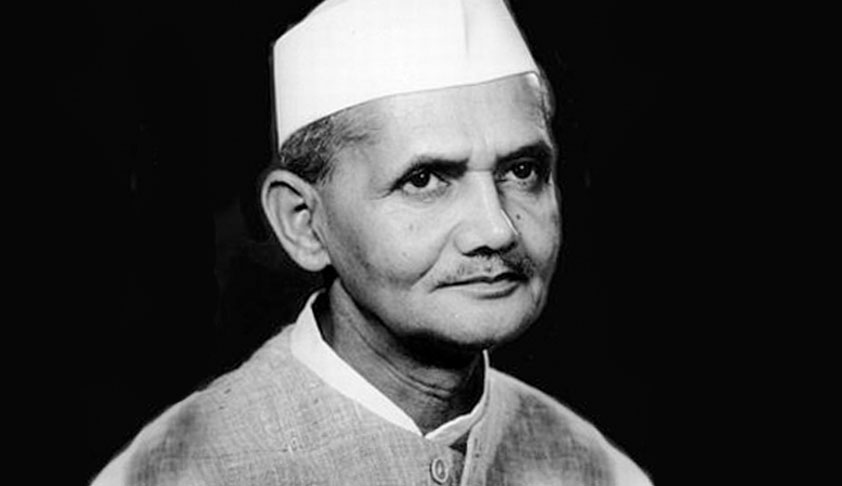 Prof Acharyulu says labelling “top-secret” to make a doc top-secret not apt, cites Nambi Narayanan caseObserving that when Pentagon papers in the US and Netaji (Subhash Chandra Bose) papers in India could be declassified why not Shastri papers also, the Central Information Commission has directed that the “so-called” classified papers on the death of India’s second Prime Minister...

Observing that when Pentagon papers in the US and Netaji (Subhash Chandra Bose) papers in India could be declassified why not Shastri papers also, the Central Information Commission has directed that the “so-called” classified papers on the death of India’s second Prime Minister Lal Bahadur Shastri be placed before the Prime Minister and the Home Minister to take a call on declassifying them considering the long-standing demand of his family and citizens to know the mystery behind his death.

“CPIOs of PMO, Ministry of External Affairs and Ministry of Home Affairs to place all those so-called ‘classified papers’ before the Honourable Prime Minister and the Home Minister, who are recommended to consider the fundamental right to know and demand of the people, family members of Lal Bahadur Shastri and opinion of legendary senior journalists like late Kuldip Nayar, to declassify either through an expert Committee or by any other process to get the mystery probed and resolved. Even if they can prove that Shastri died by heart attack, that can answer the doubts of the people,” said CIC Prof M Sridhar Acharyulu.

The CIC said, “All the CPIOs and seniors of PMO, MEA and MHA have a duty to resolve this mystery and to provide to complete answer these frequent RTI requests to pay due respect to the most honest former Prime Minister of India, and the people who admire him.”

The CIC referred extensively to the interviews and opinions of veteran journalist Kuldip Nayar who breathed his last on August 23, 2018. Nayar, then working for news agency the United News of India, had travelled to Tashkent with Shastri and broken the news of his death and later went on to raise the question if the “beloved leader” was poisoned.

Prof Acharyulu had even visited Nayar’s residence in May 2018, and discussed the issue with him. Prof Acharyulu noted that Nayar told him he was shocked at the sudden death of Shastri and doubts over his sudden death were not baseless and require to be probed.

Why, how and till when Shastri’s file to remain classified?

“People’s right to know the ‘truth’ behind the death of Shastri cannot be brushed aside on the ground of Section 8(1)(a) en bloc. In view of the startling incidents that followed the mysterious death, such as killing of his personal doctor and assistant in two separate ‘accidents’, disappearance of records of Rajya Sabha Committee’s probe, and various significant points raised by journalists Kuldip Nayar, Anuj Dhar, Soutik Biswas, Advocate Anoop Bose, Shastri’s wife Mrs Lalitha, other family members, the Commission is of opinion that the Union Government has a duty to explain the nation why and how Lal Bahadur Shastri died in Tashkent.

“The Government representatives have not come up with any justification for continuing these documents ‘secret’ for unlimited period of time. They did not produce documents earlier claimed as ‘classified’ before the Commission, in spite of specific direction, to facilitate the Commission considering the claim of classification in terms of S 8(1)(a) of RTI Act and OSA,” noted Prof Acharyulu.

The CIC was hearing the complaint of one Navdeep Gupta who had sought to know if dead body of the late Prime Minister was brought to India or was he cremated there in Russia? And in case his body was brought to India, he sought a certified copy of postmortem conducted on his body.

The CIC noted that on 24.05.2018, the Under Secretary, Rajya Sabha, Secretariat in his note-sheet stated that “no record related to Raj Narain Commission of Inquiry is available with this Section” and demarcated it to the RTI cell.

The National Archives of India also had no details and wondered why the MHA had sent the query to them.

Except a medical report, nothing was disclosed, and “mystery is being allowed to persist”, noted the CIC.

In view of the Official Secrets Act (OSA), Manual of Departmental Security Instructions (MoDSI), the CIC listed questions which, he said, needed to be answered by the ministries concerned of the Government of India in response to RTI of the appellant, family members of Shastri and the people.


The CIC also dropped penalty proceedings against the CPIOs considering that “they are not in a position to secure the records or decide as the higher authorities have to decide whether to declassify those records”.

The commission was, however, not convinced with the claim that there were no records with the Rajya Sabha pertaining to probe by the Raj Narain Committee into the death of Shastri initiated during the Janata government.

“The Parliament is known for meticulous maintenance of documents. Every word uttered in Parliament is recorded and kept in public domain, a humongous task the office is perfectly performing. Then how such a significant record disappeared? It may not be justified to hold the present or past CPIO liable for the absence of this record. But it is certainly worrying factor and the Rajya Sabha and Parliament as a whole should worry about. The Commission recommends the constitutional authorities in the Parliament to look into this matter and initiate measures including probing or finding means to secure those records, to prevent such loss of documents in future, and to reinforce the credibility of the institution.”

Whatever a babu says could be a secret; OSA in current form an anachronism

The CIC rued how whatever a public servant marked as “secret” became a secret document without there being any definition of the word “secret” in the OSA.

“Most interesting part of this OSA is that the word “secret” or the phrase “official secrets” has not been defined anywhere. Whatever a Babu says that could be ‘secret’, and its leak could be a serious offence. The information which does not have a bearing on national security cannot be disclosed if the public servant obtained or has access to it by virtue of holding office as per this Act. Such illiberal and draconian provisions clearly bred a culture of secrecy. Though the RTI Act now overrides these provisions in relation to matters not exempted by the Act itself from disclosure, the fact remains that OSA in its current form in the statute books is an anachronism,” the CIC said.

“Whether the Shastri’s documents fit the criteria listed in the Manual for the security classification of ‘Restricted? …in spite of CIC’s direction the public authorities have explained who, why and how these documents of Shastri’s death were classified, how long they remain classified, is there any effort to declassify. They have a duty to justify that release of these documents prejudicially affect the security sovereignty and integrity of India and relation with foreign state and even after half a century, they should remain restricted. Compared to Pentagon Papers, can the papers of Lal Bahadur Shastry’s death be considered as threat to security or integrity of the nation or friendly relations with neighbours, as claimed?

“The present Government has taken a historical decision to declassify 33 of Nethaji related files on 4th December 2015, thereafter 37 and 25 files and made 100 files digitally available on 23rd January 2016 to meet the long standing public demand to access these files. NAI has released 75 declassified copies of Nethaji. Fourth batch of 25 files of 1968-2008 was launched on 27th May 2016, which can be accessed on abhilekh patal website of NAI at http://www.netajipapers.gov.in/. When Pentagon papers in US and Nethaji papers in India could be declassified why not Shastri papers also,” asked Prof Acharyulu.

He referred to Shourie Committee’s comment on the OSA that, “It is the Official Secrets Act that has been regarded in many quarters as being primarily responsible for the excessive secrecy in government. Its “Catch-all” nature has invited sustained criticism and demand for its amendment…”

CIC asks what is secret under OSA, cites its misuse in Nambi Narayanan’s case

Criticising OSA in its current form, the CIC questioned why the MoDSI is not part of the OSA.

“Most of the documents are not connected to the OSA at all. Why the Government not make MoDSI public? Thus the power to classify documents, irrespective of the OSA is huge, undefined and also unguided. Even the routine matters are classified. There should be a file with file-notings and reasons for classification of documents by an appropriate designated officer. A mere labeling or typing ‘top secret’ on the top of the document make it ‘top secret’. Is it appropriate? The OSA without definition of ‘secrecy’ leaving huge discretion with public servant, is not only threatening the freedom of press and people’s right to information but also essential civil liberties of the people.

“Recent example of misuse is the judgment of Supreme Court in case of Nambi Narayanan, ISRO Scientist who was victim of abuse of OSA & discretionary power of Police. For fifty days of wrongful imprisonment of the scientist, the SC ordered Rs 50 lakh compensation. What documents were classified, who classified, who leaked it, and what was illegal consideration? There was no trace of evidence on these questions at all. Over 24 years after Nambi Narayanan’s career got “smothered” in the infamous ISRO (Indian Space Research Organisation) spy scandal case…,” he said.