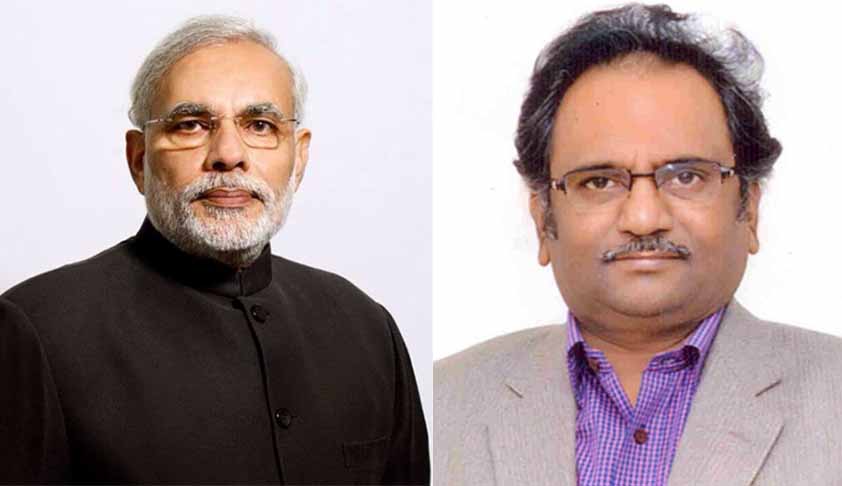 Information commissioner M Sridhar Acharyulu has reportedly been divested of Human Resource Development (HRD) Ministry charge, days after he directed the Delhi University to facilitate inspection of records related to all the BA students of 1978, the year Prime Minister Narendra Modi secured his degree, as per the University.“Having examined the case, the synonymous legislations and...

Information commissioner M Sridhar Acharyulu has reportedly been divested of Human Resource Development (HRD) Ministry charge, days after he directed the Delhi University to facilitate inspection of records related to all the BA students of 1978, the year Prime Minister Narendra Modi secured his degree, as per the University.

“Having examined the case, the synonymous legislations and previous decisions, the Commission states that matters relating to education of a student (current/former) fall under the public domain and hence order the relevant public authority to disclose information accordingly,” CIC Prof. M. Sridhar Acharyulu had ordered.

The Commission had given the direction on an appeal filed by RTI Activist Mr. Neeraj Sharma, reportedly an AAP supporter, who had sought to know from the University the total number of students who appeared in Bachelor of Arts, Year 1978, besides result of all students who appeared in the examination along with their roll number, name of the students with father's name, marks and result pass or failed.

The information had been denied by the Central Public Information Officer of the University, on the ground that the same was third party information.

The CIC was however of the opinion that the information demanded by Mr. Sharma was not to be categorized as personal information, as information relating to marks obtained by the student was generated by the University and placed in the public domain for all students to apprise themselves of the same.

It had further noted that every University is a public body, and that all degree related information is available in the University’s private register, which is a public document.

The CIC had then examined the related law in the United States and observed that educational records fall under the ambit of directory information, which is defined as “information contained in an education record of a student that would not generally be considered harmful or an invasion of privacy if disclosed.” Such information, it had opined, “is public information and will be made available to the public unless the student has restricted it.”

“In no way does the disclosure of the information of a student’s educational records or his achievements or honours during his tenure at the institution, amounts to his breach of privacy,” it had added.

Hence, directing disclosure of the information demanded by Mr. Sharma, the CIC had hence observed, “[T]he disclosure of details of educational records of a student, maintained at University in no way infringes his/her right to privacy , hence there cannot be any violation of section 8(1)(j) of the Right to Information Act, 2005. This is primarily because the matters relating to educational qualifications of a student (former/current) fall under the public domain.”