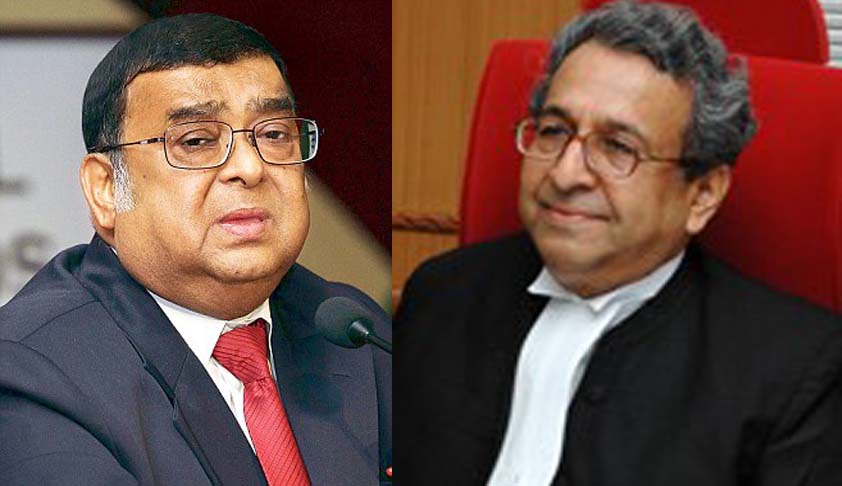 The PMO denied the copy of the letter on the ground that the information sought by the Applicant was related to third party (Justice Bhaskar Bhattacharya) and Justice Bhattacharya had refused disclosure of information.

Earlier, Justice Bhattacharya had alleged that he was not elevated to the Supreme Court for opposing Chief Justice Altamas Kabir’s sister, Justice Shukla Kabir’s elevation to the Calcutta High Court.

Justice Bhattacharya had sent a 10-page letter to the President of India, Prime Minister and the Chief Justice of India, regarding his seniority being overlooked for elevation to the Supreme Court.

Justice Bhattacharya wrote in his letter (as reported by Indian Express),

“As a human being, I have a reasonable basis to apprehend that the fact that as a member of the collegium while I was a judge of the Calcutta HC, I raised serious objections against the elevation of Smt Shukla Kabir Sinha, your (CJI Altamas Kabir’s) younger sister, is the real reason for making such observations against me.” Justice Bhattacharya further said, “When time came for selection of Smt Shukla Kabir Sinha as a Judge of the HC, I was pressured to agree to such a proposal as a member of the collegium, but I thought it would amount to committing rape of the Calcutta HC, which was like my mother and if I didn’t raise any objections that would amount to closing my eyes while my mother was being raped. As a result, I used rather strong words so that by looking at the nature of words used by me, the person responsible for sending such a recommendation would have a second thought…Unfortunately, I was unsuccessful in resisting the rape of my mother in spite of my earnest endeavour. However, at the time of my death, I will not repent that I ever compromised with wrong for the sake of my career.”

It was widely reported that Justice Bhattacharya opposed the elevation of Justice Shukla on two grounds, while he was a member of the collegium of the Calcutta High Court. He pointed out that Justice Shukla was an obscure lawyer with little practice and her candidature violated the convention of not considering anybody above the age of 58 years for the High Court Bench. Justice Bhattacharya was also concerned about the time taken by Justice Shukla Kabir for completing her education. Justice Bhattcharya noted, “Justice Shukla Kabir took four years for passing BA examination after clearing senior Cambridge and five years for getting MA degree after graduation, although the usual time taken for clearing these examinations is three years and two years respectively.