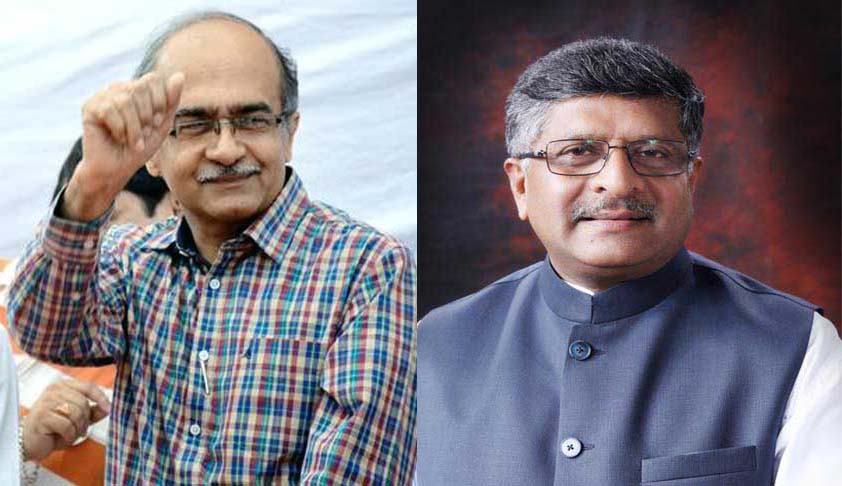 The Campaign for Judicial Accountability and Reforms (CJAR) has issued a scathing indictment on the continuing standoff between the government and the judiciary on judicial appointments, raising pertinent questions on institutional integrity and independence.Condemning the Centre’s move of returning names of 13 recommended judges for the Allahabad High Court, the CJAR has called upon the...

The Campaign for Judicial Accountability and Reforms (CJAR) has issued a scathing indictment on the continuing standoff between the government and the judiciary on judicial appointments, raising pertinent questions on institutional integrity and independence.

Condemning the Centre’s move of returning names of 13 recommended judges for the Allahabad High Court, the CJAR has called upon the Union Government to address the problems of litigants suffering from huge pendency of cases, by ‘immediately appointing all the recommended persons’.

The CJAR, in a statement issued on Monday, condemned the government’s recent move of returning 13 names of persons recommended to be judges of the Allahabad High Court to the Supreme Court collegium for reconsideration as ‘unconstitutional’ and an attack on independence of the judiciary.

It stated that the move was ‘an affront to the institutional independence of the judiciary, and shows callous disregard to the problems of the ordinary litigant’ and called upon the government to ‘cease this charade and resolve to act in accordance with the law and the Constitution’.

It further observed that despite the fact that Allahabad High Court suffers from the highest number of vacancies in judicial posts, the government, instead of addressing the problem, has moved to aggravate it. It said, ‘Far from working with the judiciary to address these issues and ensuring the quick reduction of vacancies, the Union Government has stalled the process for ulterior motives.’

The statement also deals with the alleged opacity in functioning of public functionaries, which runs contrary to the spirit of democracy. It stated that procedures involved in appointments to the high court and Supreme Court have been kept away from public purview and is shrouded in secrecy. ‘Repeated requests from the campaign for a draft of the memorandum to be shared as well as a campaign draft memorandum sent to the government and the judiciary, have received no response,’ it alleged.

The CJAR stated the government’s apathy and disregard for integrity of independent institutions goes beyond the judiciary and diluted the substance of several other important institutions, resulting in their inability to carry out their mandate. The statement, for instance, stated that the government has not appointed the Lokpal despite the Parliament enacting the law in 2014, the Whistleblowers Protection Law also remains un-notified and existing bodies such as the Information Commission have suffered due to large number of vacancies for long periods.

The statement further asserted that ‘with the media reporting that in the VIP copter scam, politicians may now to be a focus of CBI probe, it becomes apparent why the government in a deliberate dereliction did not convene a meeting of the selection committee to select a full-fledged CBI director as mandated under the law’.

Calling for an affirmative action from the government to address the problems of the litigants who are unable to access justice, the CJAR slammed the government for ‘simply ignoring them and worsening their problems’.

They observed that the year 2016 was marked by abrasive disagreement between the judiciary and the government, especially over the issue of judicial appointments. The stalled and delayed appointments resulting from this standoff has had an effect on efficient functioning of the judiciary which rests on ‘steady and regular appointments’.

They observed that of late, a phenomenon of ‘appalling lack of respect for institutional mechanisms on the part of the Union Government’ has been ushering in.

‘The repeated raising of petty objections suggests that the Union Government has no intention of letting the judiciary fill the posts with competent, independent minded judges. Condemning this disturbing trend, we reiterate the need for the judiciary to be a firm, independent and uncompromising check on the government,’ the CJAR stated.