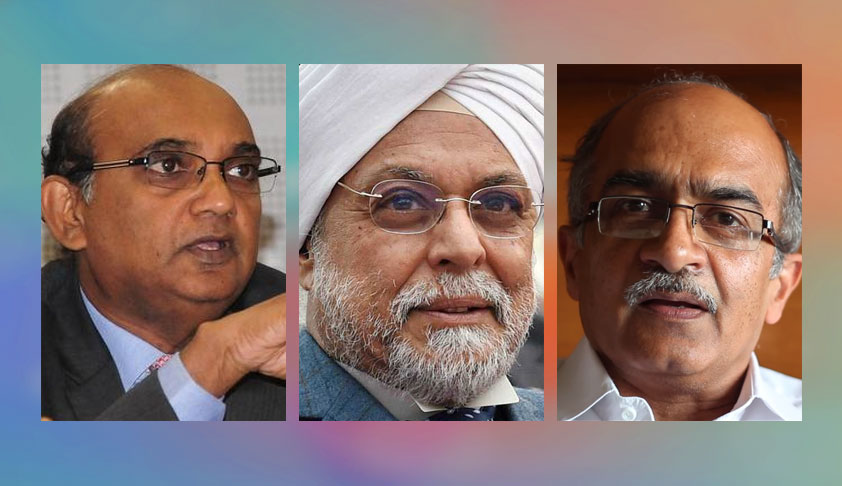 The Campaign for Judicial Accountability and Reforms (CJAR) has written to Chief Justice of India Justice JS Khehar requesting speedy action into the allegations of abuse of office, interference in judicial process, nepotism and physical assault on a Dalit junior civil judge by Justice CV Nagarjuna Reddy, sitting judge of the Andhra Pradesh High Court, while also requesting for a copy of report submitted by Justice Ranjan Gogoi after scrutinizing the allegations for a preliminary view.

In a letter dated July 27, 2017, to Justice Khehar, the CJAR says “delay in processing the matter as well as the lack of transparency in it is just fuelling suspicion that things are being brushed under the carpet”.

The letter by CJAR convener Prashant Bhushan refers to a representation it had sent to former CJI Justice TS Thakur on August 30, 2016, against Justice Nagarjuna Reddy seeking initiation of in-house inquiry into the allegations.

Justice Thakur had appointed Justice Gogoi for scrutinising the case, who then reportedly submitted a report indicting Justice Nagarjuna Reddy and called for a three-member inquiry committee to look into the case more thoroughly.

“If the indictment is clear and categorical, then Justice Nagarjuna Reddy should be asked to resign immediately, and if he does not, to seek his impeachment. This was done in the case of Justice Soumitra Sen of the Calcutta High Court, whose impeachment was recommended by Chief Justice KG Balakrishnan,” the CJAR letter stated.