CJAR Should Be Charged With Contempt For The Complaint Against CJI: Senior Advocate Vikas Singh To 5 Senior-Most SC Judges After CJI [Read Letter] 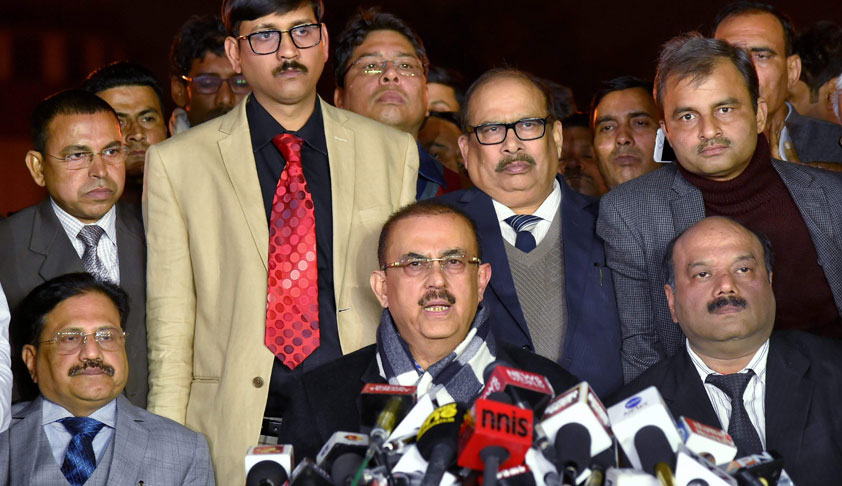 While the Campaign for Judicial Accountability and Reforms (CJAR) has sought an in-house inquiry against Chief Justice of India Dipak Misra in relation to the medical college scam, Senior Advocate Vikas Singh has now stepped forward to point out "inaccuracies" in CJAR's complaint.

The complaint has been made by the executive committee of CJAR to five senior-most judges of the Apex Court after the CJI i.e. Justice J. Chelameswar, Justice R. Gogoi, Justice M.B. Lokur, Justice K. Joseph and Justice A.K. Sikri. Mr. Singh, who was the Counsel for the Medical Council of India in the medical college case before the Supreme Court, has written to these five Judges.

In the letter, he refers to a statement made in the complaint which alleges that there exists uncertainty as to whether the order passed on 18 September, 2017 in the case was dictated in open court or was kept pending and dictated after the registration of the FIR. The Court had, on 18 September, denied Prasad Education Trust's plea to allow it to run this academic year. This is the plea for which an FIR was filed by the Central Bureau of Investigation (CBI), alleging that a conspiracy was hatched by certain persons, including a former Orissa High Court Judge I.M. Quddusi to bribe SC judges hearing the case.

Denying the CJAR's claim, Mr. Singh says, "The said statement is a complete falsehood as similar orders were passed in five matters listed that day by a Bench presided over by the Hon'ble CJI in which Justice Khanwilkar and Justice Chandrachud were also members. There was no question of the order changing in the case of any particular college and in fact the counsel for the College, Mr. Amit Kumar had also commented to my instructing counsel Mr. Gaurav Sharma immediately after the order was dictated that the College is at least saved in the next year. Such was the clarity in the counsel for the College and the same can be testified by Mr. Gaurav Sharma, the Advocate on Record for Medical Council of India in the matter."

He then states that out of the ten matters of Medical Colleges listed before the Court that day, orders in nine matters were soon made available on the Supreme Court website and five of them were similar orders denying permission to these Colleges to function in the current year. Relying on this claim, Mr. Singh thereby asserts that the complaint by the CJAR is "an attempt to scandalize the judiciary and hence the complaint needs to be charged with criminal contempt".