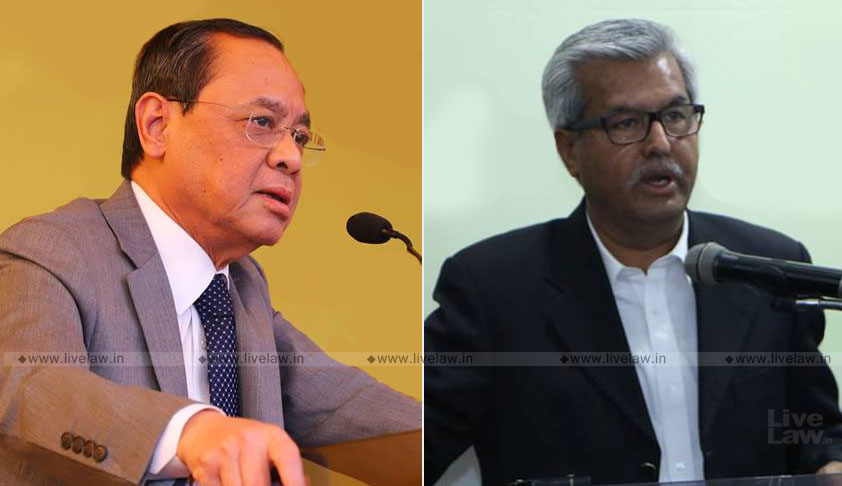 Hearing a PIL by NGO Centre for Public Interest Litigation for a direction to the Centre to notify appointment of those whose candidature for judgeship has been reiterated by the collegium, Chief Justice Ranjan Gogoi assured that the issue will be addressed by him on the Administrative side.

The Chief Justice stated that the matter will now be taken up after eight weeks, but the bench, also comprising Justices K. M. Joseph and Hemant Gupta, was not inclined to accept the request of counsel for the petitioner- Senior Advocate Dushyant Dave-to issue notice to respondents.

“What is the figure of the recommendations reiterated by the collegium which are pending with the government?”, asked Chief Justice Gogoi.

“It is three times more. There is a piece of paper lying on my desk”, remarked the Chief Justice.

“We got the number from the website (of the apex court). But we will correct it....the grievance is that the government has been sitting on them (the reiterated recommendations) and in such cases, the Chief Justice of India can ask the President to issue the notification. This is all we want....”, replied the Senior Counsel.