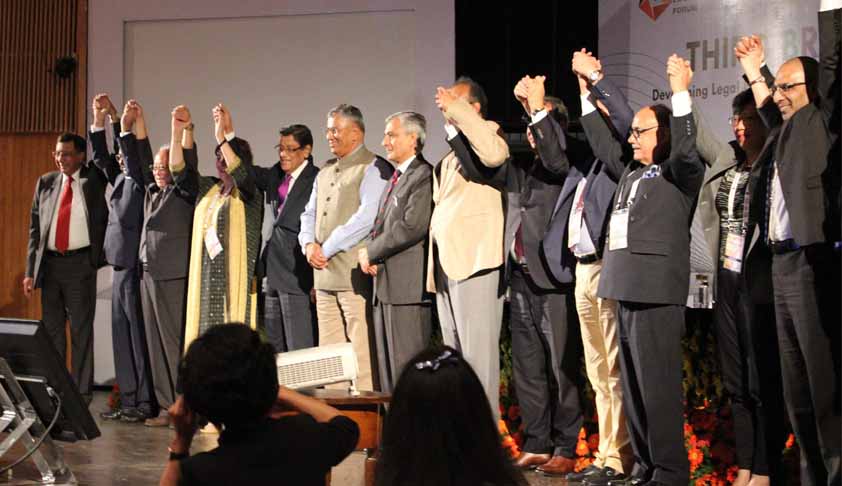 The high-level dialogue platform of the third BRICS Legal Forum came to an end on Monday with representatives of BRICS countries signing the New Delhi Declaration.

The three-day event was organised by the Bar Association of India and saw the coming together of over 120 delegates from BRICS member countries. The fourth edition of the BRICS Legal Forum will be held in Russia next year.

Addressing the gathering, Attorney General of India Mukul Rohatgi applauded the fact that even though member states of the BRICS Legal Forum follow disparate cultures, they successfully managed to sit together for two days and, after several series of discussions and deliberation, were ready to sign the New Delhi Declaration.

He said: “The BRICS is a block that ought to take its position in world economy and affairs. We should march ahead so that the dominance of the West does not remain.”

While the members applauded the now-functional Dispute Resolution Center in Shanghai, questions on its peripheral structure were also raised as it does not address specific matters.

He added: “Before the system is settled down, there must be a two-fold change. Firstly, the legal system may have to change in accordance with the arbitral award. Secondly, the courts will have to be sensitive. They would have to respect the arbitral award and not challenge it.”

Even though the three-day forum discussion came to an end on Monday, 20 delegates from the BRICS countries will go ahead to attend a four-day training on the Indian legal system at Amity University, Noida. Amity University founder Ashok K Chauhan was applauded at the event for the support he has extended towards this initiative.