CJI Is The Master Of The Roster; Does It Give Him The Authority To Do What He Likes? Can He Exercise The Power Arbitrarily? Asks Former CJI RM Lodha 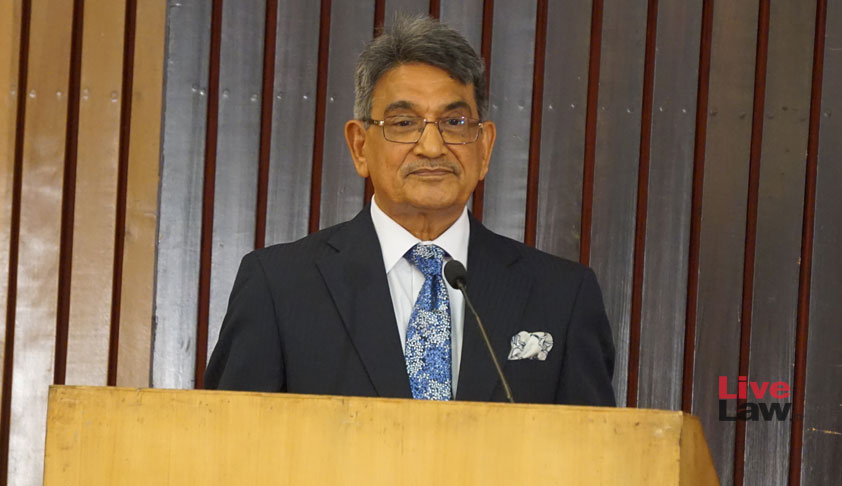 The launch of journalist-politician Arun Shorie’s new book ‘Anita gets Bail’ at the India International Centre, New Delhi on Tuesday witnessed former Chief Justice of India R. M. Lodha mince no words as he discussed the present state of judicial affairs- “in the present state of affairs, the independence of the judiciary is under challenge...In the last few months, the Supreme Court...

The launch of journalist-politician Arun Shorie’s new book ‘Anita gets Bail’ at the India International Centre, New Delhi on Tuesday witnessed former Chief Justice of India R. M. Lodha mince no words as he discussed the present state of judicial affairs- “in the present state of affairs, the independence of the judiciary is under challenge...In the last few months, the Supreme Court has emphasised and re-emphasised twice that the CJI is the master of the roster...he is...but does it give him the authority to do what he likes? can he exercise the power arbitrarily?...”

“The independence of the judiciary is non negotiable...and it is for the CJI, being the leader of the court, to take it forward together with all his brother and sister judges...he has to show his statesmanship qualities...when I held the office of the CJI, I used to remark that the Supreme Court is ‘mini India’ with these judges hailing from different states and cultural backgrounds, but when they sit together, it is to achieve the constitutional goals...for the democracy to thrive, the independence of the judiciary is a must, and it must flow from the top, from the Supreme Court...if what is presently happening at the Supreme Court is taken as a precedence by High Courts, the day is not far when the judicial system shall be chaotic...”, he continued.

He threw light on the opinion assignment function of the Chief Justice of US Federal Supreme Court. Justice Lodha quoted the words of Justice Felix Frankfurter in the same behalf- “the deployment of his legal force by his Chief Justice is his single most influential function. Some do that with ease. Some do it with great anguish. Some do it with great wisdom. And some have done it with less than great wisdom...Some cases are more interesting than others, and it is the prerogative of the Chief Justice not only to be kindly and fair and generous in the distribution of cases, but also to appear to be so...”

He also quoted the present Chief Justice John Glover Roberts Jr., in so far as the latter has observed that some cases may be more more interesting or harder than others and that it is important they are fairly distributed and that each judge has a “nice mix”.

“The Supreme Court is no place for personal grudges...there may be differences of opinion but you do not impute any person...the opinion may be challenged...collegiality is sine qua non, because collegiality mitigates personal choices and preferences and lets you find a common ground for the betterment of the institution and the interest of justice...”, emphasised Justice Lodha.

In the same context, he quoted Justice Frankfurter in so far as he had communicated to a fellow Justice his thoughts on his brother Justice William O. Douglas’s, with whom he supposedly harboured a rivalry, run for the presidency- “When a priest enters a monastery, he must leave - or ought to leave - all sorts of worldly desires behind him. And this Court has no excuse for being unless it’s a monastery. And this isn’t idle, high flown talk. We are all poor human creatures. And it is difficult enough to be wholly intellectually and morally disinterested when one has no other motive except that of being a judge according to one’s full conscience. And the returns are all in on judges of the court who, while on the court, have had conflicting political ambitions. We know all the instances and the experience is unedifying and disastrous”

“The phase we are seeing at the Supreme Court today is disastrous...it is high time the collegiality is restored...the judges, with their different approaches and viewpoints, must find common ground that takes the Supreme Court forward and maintains the independence of judiciary...”, urged the former CJI.

Justice Lodha on Tuesday remarked that though in the Supreme Court, there are no senior or junior judges, the comparatively senior judges must get their due and that any allocation of cases should be in the interest of the institution.

Elaborating on the issues plaguing the judiciary, he advanced, “the judge-population ratio is the lowest...in most of the jurisdictions comparable to this country, there are 40-50 judges for every one million of the population, while we have only 13 judges over every one million of persons...hardly half percent of the budget outlay is fixed for the judiciary...over the last 30 years, the number of judges has witnesses a sixfold increase, while the inflow of cases has multiplied 12 times...the police reforms stipulated 15-16 years ago in Prakash Singh’s case [Prakash Singh v. UOI (2006)] are yet to be implemented...the police continues to deal with the law and order problem as well as prosecution...”

In the light of the criminal proceeding suffered by Mr. Shorie’s wife “for having constructed a house, which did not exist, on a plot of land, that their family did not own”, which forms the backdrop of the book, Justice Lodha spoke of about the “failing efficacy of the criminal justice system”- “processes are issued without any application of the mind or verifying the facts...summons are deemed to have been served on account of the endorsement of the process server and bailable warrants are issued...thereupon, it is not checked whether the warrant has been duly served or not, and non bailable warrants are issued...without waiting for the process server’s report as to whether non bailable warrant has been executed or not, the accused no. 1 is declared as proclaimed offender...there are adjournments after adjournments...”

Finally, he lamented, “this book shows how even an open and shut case takes years to obtain justice...Mr. Shorie’s experience at the Faridabad court is the experience of every individual who is unlucky enough to have to visit criminal courts...the book has shaken me...in my 21 years as a judge, I have not been able to do a bit...there is so much to be done...”