CJI prima-facie finds no fault in resolutions against Justice Katju; Will hear AG 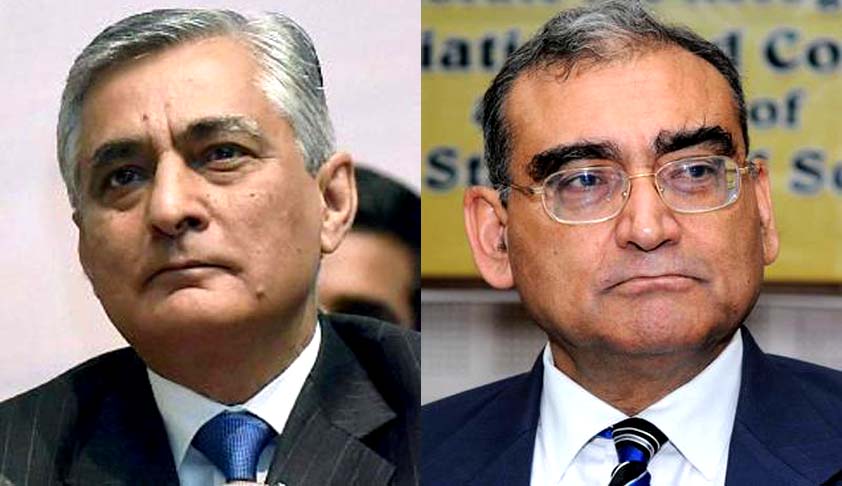 The Chief Justice T S Thakur headed bench of the Supreme Court today told former Supreme Court Judge Markandeya Katju that it was prima-facie of the view that the resolution passed by both houses of the parliament against him last year March for calling Mahatma Gandhi “a British agent” and Netaji Bose “a Japanese agent” was only a strong expression of condemnation” which “did not infringe any of his fundamental rights”.

Court was hearing a petition filed by Katju for quashing of the resolution claiming it curtailed his right of free speech and harmed his reputation. Katju’s lawyer Gopal Subramaniam also argued that he was condemned without being given an opportunity to be heard.

The bench also heard at length amicus curiae appointed in the case senior lawyer Fali S Nariman who was also of the view that the resolution is only an expression of strong disagreement and was not even in the nature of censure and did not warrant quashing. Following this the bench said it would like to hear Attorney General Mukul Rohatgi’s view and posted the matter for further hearing tomorrow.

“We feel it is nothing but a collective expression of opinion. It is merely a condemnation. They have not gagged you. They did not say you cannot say it again and nor did they seek your prosecution”, CJI Thakur told Subramaniam

When Subramaniam argued that “freedom of speech was protected even inside parliament, CJI Thakur had several pointed questions to ask. “You mean to say one can say anything he wants and nobody can condemn ? You mean to say an ordinary citizen can condemn but parliamentarians cannot jointly ? By the way what right of yours has been violated with this disagreement?

“They simply disagreed with you just like you disagreed with the devotees of Gandhi and Bose who say such statement was unjustified as they have done so much for the country”, CJI Thakur told Subramaniam

Amicus curiae in the case senior lawyer Fali Nariman also said “the resolution is only an expression of strong disagreement and was not even in the nature of censure. But the statement , remember is coming from a retired judge of the supreme court and not an ordinary citizen. People take it seriously… they get interested. If somebody like me says such things people will only say it is his own opinion. That is not the case with a former judge of the highest court of the land”.