CJI Stops Practice Of ‘Mentioning’ By Senior Advocates, Only AoRs Will Be Allowed To ‘Mention’ 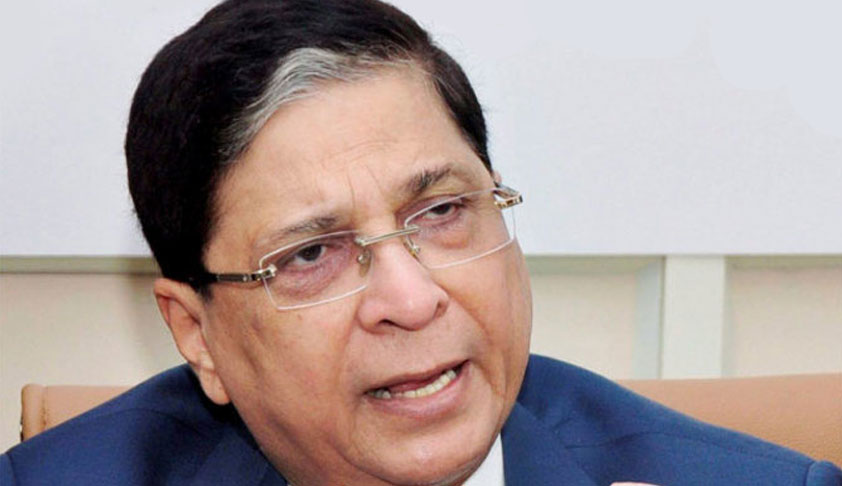 A day after advocate PV Dinesh cried foul and complained about discrimination vis-à-vis senior lawyers in crucial matters of mentioning, Chief Justice Dipak Misra on Wednesday made it categorical that senior advocates will not be allowed to mention urgent matters or fresh appeals /pleas/ IAs during the morning mentioning and only Advocate-On-Record will be allowed to do so.

“What is it? No sorry. Only Advocate-on-Record will be allowed to mention,” CJI Misra said preventing a senior advocate from mentioning a matter today.

Reacting to this, Senior Advocate Jaideep Gupta wrote in his FB post;

“Court should probably allow junior advocates other than AORs as well. In the nineties I as a junior and my colleagues at the bar immensely benefited because of similar directions given by Justice M.N. Venkatachaliah CJI . It allowed us to develop our skills at the bar”.

On Tuesday, a ruckus had broken out between ‘queue-breaking’ senior advocates and non-senior advocates in the courtroom of the Chief Justice during the first 20 minutes of the daily ritual of `mentioning practice' before the CJI. Since the CJI is the administrative head of Supreme Court, mentioning for listing, tagging etc., should be done before the first court only.

The unwritten rule of 'mentioning practice' was that seniors should abstain as per the long tradition of the bar. In fact, during the time of Chief Justice Venkatachaliah and Chief Justice Ahamadi, the 'mentioning practice' by senior advocates had virtually stopped. The idea was to promote junior advocates and also to keep designated seniors engaged in real contested matters.

Later seniors started mentioning 3 to 4 matters a day. Since seniors get preference, the mentioning time virtually ends up as senior time, while juniors could not mention within the allotted time of 20 minutes and they had to return next day again trying their luck.

Advocate Dinesh contended that after the ending the queue system, which was followed off late, only designated seniors get a chance to make submissions and those clients who could not afford seniors were left in the lurch, unable to make it within the allotted time.

He pleaded to the CJI that he had been standing in the queue for 30 minutes and his chance did not come to mention a petition for an early listing.

This was the exchange that followed:

Adv Dinesh: "Senior advocates mention multiple times. Junior lawyers do not even get one chance. This is not fair. My client cannot afford a senior lawyer. It was the tradition of the court that senior advocates should not mention petitions for early listing."

CJI Dipak Misra: "No one else knows the tradition? Only you know it? Everyone should learn from you? Please stop preaching."

However, Wednesday's order of CJI has brought back the long lost tradition of the Supreme Court that was in vogue during the period of Chief Justices Venkitachalaya and AM Ahamadi.