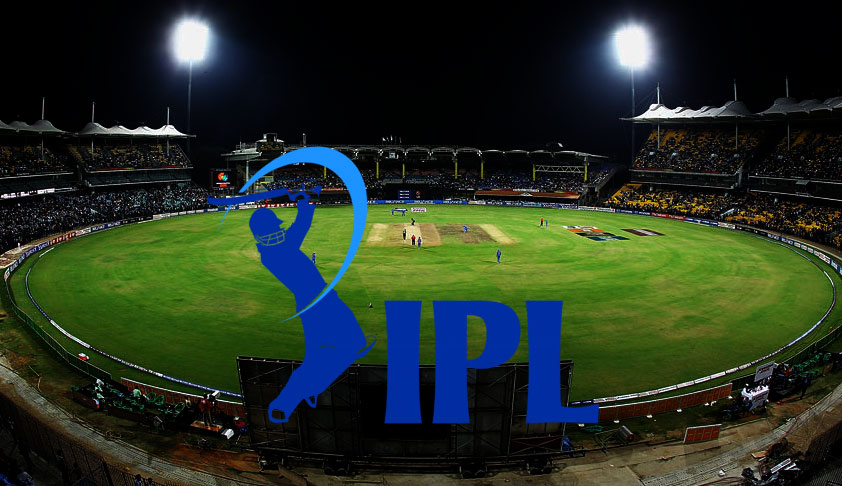 Atul Kumar, a retired railway officer, and Shantanu Guha Ray, a journalist, have approached the Supreme Court seeking directions to control the on-going massive public fraud and crime through institutionalized fixing in cricket by staying IPL and other leagues like TNPL, KPL etc and other international cricket matches in the country, and by appointing a suitable special investigating team to unearth the entire modus operandi and to bring all the culprits to book under violation of article 21 of the Constitution of India.

A three-judge bench headed by Chief Justice of India Dipak Misra on Friday asked petitioner Atul Kumar, who appeared in person, was asked to supply a copy of the petition to the Central government.

The bench, also comprising Justice AM Khanwilkar and DY Chandrachud, agreed to hear the petition.

According to the public interest petition, it will bring to fore a monstrous open daylight public fraud, continuing for over a decade and lying exposed and proven for years. “This is a fraud of proportions incomprehensible for normal mind, and of magnitude unimaginable, nurtured by the political power and facilitated by the media. Top industrialists, celebrities and haves of the society, some knowingly, some unknowingly, are its backbone. The masses, in their ignorance, support this fraud and not only applaud the perpetrators but treat them as heroes and super heroes. All the law enforcing agencies continue to look the other way. Yet, a fraud it is – massive and highly injurious to the society with very grave implications. The petitioners are talking about cricket.”

In the interest of justice and for the facts and circumstances stated herein above it is most respectfully prayed that this Hon’ble Court may graciously be pleased to:

(a)   Because continuous fixed cricket marketed as a competitive sport is a big fraud on all the honest cricket lovers, hundreds or tens of millions of them, across the length and breadth of India, and the world outside, who pay to watch matches in ground or on TV, given to understand and believe that competitive cricket would be played.

(b)  Because betting may be illegal in India. So is the consumption of drugs (banned narcotics). Society does care for drug addicts, and government acts against supply of narcotics to protect the vast population from drug abuse. The fixed cricket through manipulated matches tempts a vast population to indulge in betting and then loots them. Many go bankrupt and many commit suicide, unknown to the common public. Crores of Indians are adversely affected.

(c)   Because as seen earlier mind boggling astronomical sums that will dwarf any other past or future scam are transacted through cricket betting. It is a matter of police records and media reports as brought out in this petition that the underworld don Dawood Ibrahim, considered to be India’s enemy number one, has been controlling cricket betting. It has been repeatedly brought into light through books of the petitioners and Petitioner no. 1’s posts on https://www.facebook.com/BettorsBeware/ how betting syndicates earn most of the money transacted on cricket betting day after day and hour after hour through fixed cricket and scripted matches. A large portion of this enormous dirty money is supposed to be continuously being used for terrorist activities. It has repeatedly been brought out so in the media and also was mentioned so in a judgment by Justice Dharmesh Sharma years back in 2010 as revealed from ANNEXURE-P/28.

(d)  Because one wrong leads to another. It should not be difficult for one to visualize how continuation of fixed and scripted cricket for over a decade in a country and society where cricket is considered as a religion would be corrupting the conscience of its people. Today petitioners feel totally demoralized. They are sure there would be many like them suffering silently. Many on social media share their concern. Many of thousands of those losing big amounts in betting as a result of fixed and manipulated cricket would turn to criminal activities and loot to make good their losses. Society at large gets immensely harmed. As brought out earlier, murders of celebrities have been attributed to cricket mafia to tell us that cricket fixing was not a small matter.

(e)   Because Match fixing has surfaced numerable times over the years, but investigations have mostly been tardy and meaningless. Public remains unaware of what all goes behind the scenes. That necessitates a comprehensive meaningful investigation.

(f)    Because this is a fraud of proportions incomprehensible for normal mind, and of magnitude unimaginable, nurtured by the political power and facilitated by the media. Top industrialists, celebrities and Haves of the society, some knowingly some unknowingly, are its backbone. The masses, in their ignorance, support this fraud and not only applaud the perpetrators but treat them as heroes and super heroes. All the law enforcing agencies continue to look the other way. Yet, a fraud it is–massive and highly injurious to the society with grave implications.

(g)  Because big crime is openly and continuously taking place through fixed cricket matches being played, telecast, and bet upon on Indian soil.