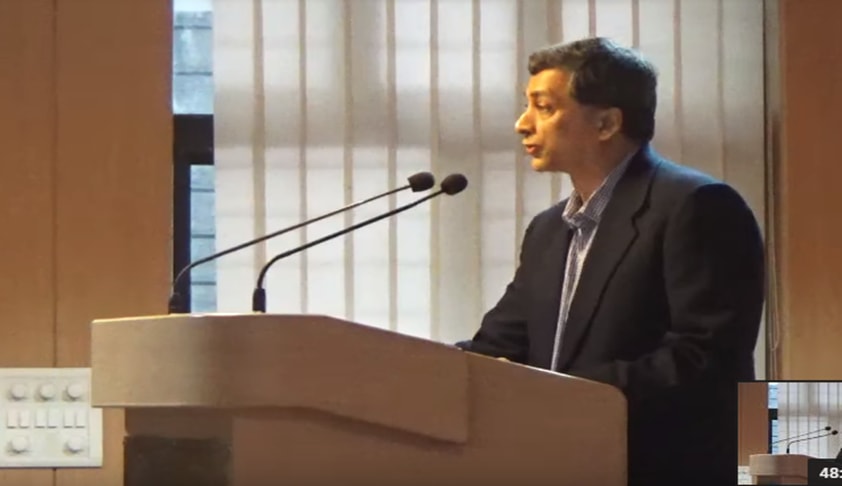 Mr. Shyam Divan, while addressing students during the NALSAR Lecture Series on Constitutionalism on 9 September, addressed the question of whether the Aadhaar program is so invasive that it could alter the nature of the relationship between the citizen and the State.He explored the tension between constitutional governance and the dazzling progress of technology and its contributions...

Mr. Shyam Divan, while addressing students during the NALSAR Lecture Series on Constitutionalism on 9 September, addressed the question of whether the Aadhaar program is so invasive that it could alter the nature of the relationship between the citizen and the State.

He explored the tension between constitutional governance and the dazzling progress of technology and its contributions to every aspect of life. He explained that he intended to alert them on the program's potential impact on "civil liberties, political rights, privacy and the freedoms that may be endangered". He also addressed the question of whether the Aadhaar Act collides with the Constitution, and what aspects of the Aadhaar scheme undermine core constitutional values.

Mr. Divan began by asserting, "Every new technology when adopted poses dangers and causes disruptions. What is it about Aadhaar that undermines core constitutional values? The Aadhaar Act, 2016 seeks to harness the magic of biometrics, to deliver services to India's vast citizenry comprising over 1.25 billion people and growing. Simply put, it mandates the world's biggest biometric database while raising serious privacy concerns. This law validates a biometric collection program that the government conceived in 2009. The program has operated for several years under shadowy executive orders that empower a small department of the Government to sweep up biometric information from residents without counselling them on the impact of their actions... Indeed, this project is so invasive that it shakes the foundations of limited government and permanently alters the relationship between citizens and Indian State, between each one of you and the state in which you live."

"Your fingerprints are mine, the State says, no bank account, no cell phone, no tax payment unless you part with your fingerprints and iris and allow me to verify what you do throughout the day. In a hyper connected wired world, retaining autonomy and dominion over biometric information is crucial for enjoying privacy. Aadhaar degrades and destroys our fundamental rights of informational autonomy," he asserted.

Further, he termed the procedure adopted by the UIDAI as "casual", asserting that such information is obtained without any counselling on the benefits and pitfalls of parting with the biometric information. Mr. Divan also raised questions on the reliability of the private enrolling agencies which aid in collection and recording of the information.

The Government's case on making Aadhaar voluntary, he said, is pinned on a "humpty-dumpty" interpretation of the word, as the same has been in actuality made necessary for essential functions such as opening a bank account. The large scale collection of biometric data and storage in a central depository, he said, places the government in an extremely dominant position.

He concluded by stating that the Supreme Court will have to summon courage more than anything else and treat the right to privacy and informational self determination as a core value to be fiercely protected, rather than allow it to fade away as a quaint hangover of the twentieth century.

The video link for the talk is