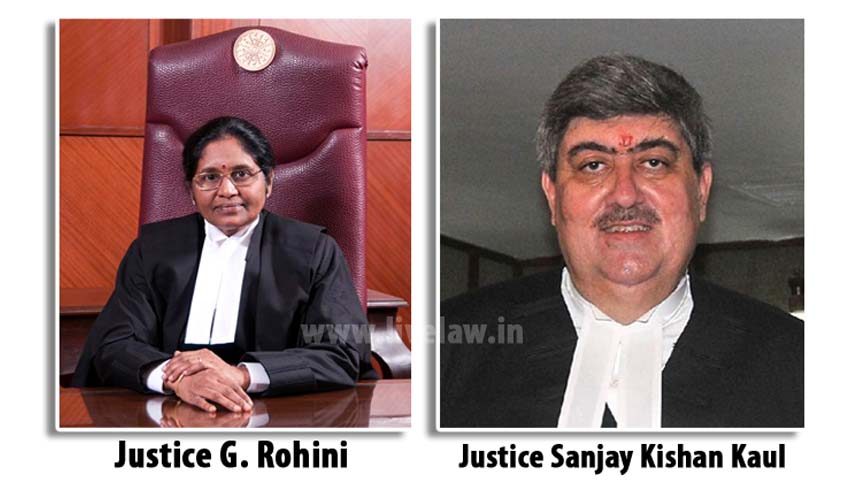 “Supreme Court collegium has cleared Sanjay Kishan Kaul for appointment, the Court will now have three Judges from Delhi, normally not done.”

It is interesting to note that it was just after the collegiums had cleared these two names, the Union Law Minister D.V. Sadanand Gowda made a statement that no fresh appointments of judges to the High Courts and Supreme Court would be made till the public interest litigation challenging the National Judicial Appointments Commission Act, 2014 are decided.

LiveLaw had reported that such a statement has given fresh fuel to the fire regarding the issue of judicial appointments.

The Petition states, “It has been repeatedly by this Court that the doctrine of Basic Structure cannot be used to challenge ordinary legislation. Therefore, as per the law laid down by this Court, it would not be possible to challenge any law made under the proposed Article 124C…Article 124C leaves open enormous scope for the Parliament, by ordinary legislation, to give primacy to the Executive or veto powers to the Executive or other unchecked powers to the Executive for the appointment of Judges to the higher Judiciary.”

Further, if Justice Sanjay Kishan Kaul is elevated to the apex Court, he may become Chief Justice of India. The appointment will make Justice G. Rohini as the second sitting woman Judge in the Supreme Court after Justice B. Banumathi. The recommendation awaits the President’s approval now.

You may read more of our coverage on National Judicial Appointments Commission here.