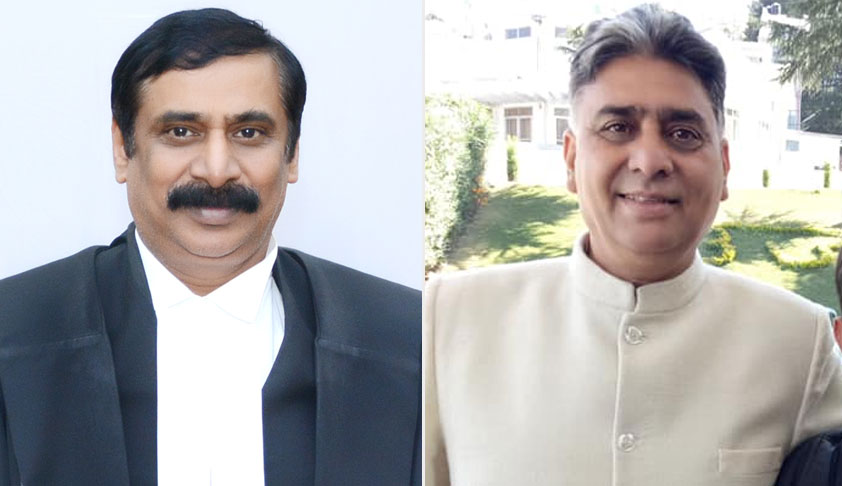 The Supreme Court collegium on Friday granted the request of Uttarakhand High Court judge Justice Rajeev Sharma for a transfer to the Punjab and Haryana High Court.

The collegium comprising Chief Justice of India Ranjan Gogoi and Justices Madan B Lokur, Kurian Joseph, AK Sikri, and SA Bobde reconsidered the proposal of transfer of Justice Rajeev Sharma, who, in a meeting dated October 29, was proposed to be transferred to the Allahabad High Court.

When the collegium sought his response on the proposed transfer, Justice Sharma, who has also served as the Acting Chief Justice of Uttarakhand High Court, requested that he be transferred to his parent high court i.e., Himachal Pradesh or Punjab & Haryana High Court.

“Upon being requested to send his response in terms of the Memorandum of Procedure, Mr. Justice Rajeev Sharma vide representation dated 1st November 2018, for reasons stated therein, has requested for re-transfer to his parent High Court viz., Himachal Pradesh or Punjab & Haryana High Court.

“The Collegium has carefully gone through the aforesaid representation and taken into consideration all relevant factors including the request of Mr. Justice Rajeev Sharma. On reconsideration, the Collegium, acceding to his request made by the learned Judge, resolves to recommend that in supersession of the afore-mentioned proposal dated 29th October 2018, Mr. Justice Rajeev Sharma, be transferred to Punjab & Haryana High Court,” the collegium resolved on Friday.

Justice Rajiv Sharma is famous as the judge who gave Ganga river and the entire animal consideration as “living entity”, besides his many other verdicts such as those against drug menace in Uttarakhand, checking child pornography, cyber crime, sealing of illegal slaughter houses, restricting noise pollution by announcing that no loudspeakers, private sound system can be louder than 5dB to list a few.

Born on October 8, 1958, Justice Rajiv Sharma obtained LL.B. Degree from Himachal Pradesh University and enrolled as an advocate in the year 1982.

He was designated senior advocate in the year 2002 and primarily practiced in the High Court of Himachal Pradesh in Constitutional Law, Administrative Law, Employment Cases and Environmental Law.

He was appointed Additional Judge, High Court of Himachal Pradesh on 3rd April 2007 and confirmed as a permanent judge on 31st March 2013.

Meanwhile, the collegium has re-recommended the transfer of Justice Huluvadi G Ramesh to the Madhya Pradesh High Court. It has rejected his both requests for his retention in Madras High Court as also for appointment as Chief Justice of any High Court.

Justice Bindal’s name was recommended for transfer to Madras High Court but then resolved to be transferred to the High Court of Jammu and Kashmir after he requested for a transfer to any nearby High Court in north India. He had also requested for a reconsideration of his transfer in the first place but the collegium said the same was not possible.

Likewise, Justice Kothari was proposed to be transferred to Allahabad High Court vide the October 29 resolution only to be recommended for a transfer to Madras High Court after he requested for a move to the High Courts of Punjab and Haryana, Madras, or Delhi instead.