Collegium System Must Be Re-evolved 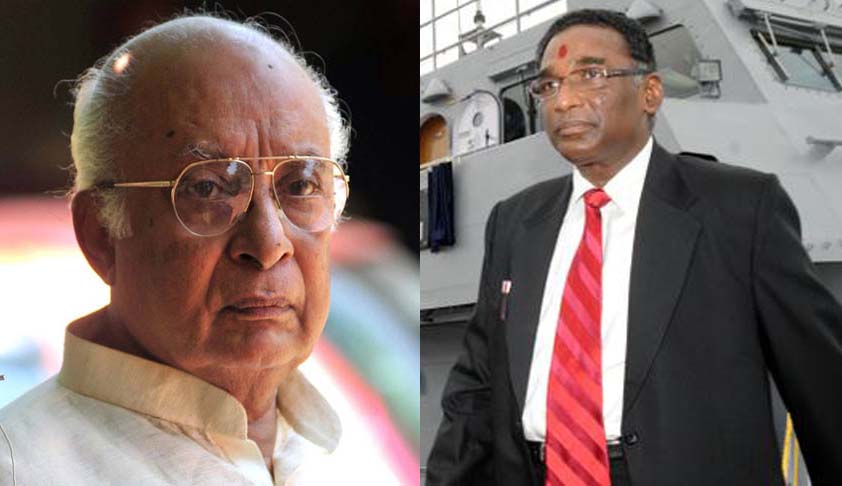 The facts highlighted by Justice J Chelameswar, in his letter addressed to the Chief Justice of India, need very serious and immediate consideration because of a growing fear all around that a big tussle is going on between the Executive and the Judiciary. Appointment of judges to the High Courts and the Supreme Court cannot be reduced to a mechanism of utmost secrecy, known only to four or five persons in the country who are supposed to be members of a Collegium of a small dimension. This is the time for a dialogue between the Executive and the Supreme Court as to the manner in which the Collegium should be further strengthened.

It is high time for the government to consider whether another reference can be made to the court for consideration of the whole matter by a still larger Bench. The new reference proposed here may be considered by a Bench of 11 or 13 judges. I understand that there are many Supreme Court judges, past and present, holding the view that the majority decision in the NJAC case was wrong. The Supreme Court must be given an opportunity for considering whether a re-evaluation is necessary.

I hold the view that the facts highlighted by Justice J Chelameswar, in his letter addressed to the Chief Justice of India, need very serious and immediate consideration because of a growing fear all around that a big tussle is going on between the Executive and the Judiciary at a time when the latter is insisting on keeping certain powers with itself. Appointment of judges to the High Courts and the Supreme Court cannot be reduced to a mechanism of utmost secrecy, known only to four or five persons in the country who are supposed to be members of a collegium of a small dimension. Judges are appointed to judge the causes of justice, which can very often include the cause of great public importance. Persons selected must be the best available and hence, accountability is a must for all decisions concerning public issues. Transparency is the road to accountability. If there is no transparency in decision-making process, accountability will be lost.

When the collegium mechanism was evolved, and later expanded in The Third Judges Case, I learned that transparency was given great importance. Transparency does not mean that every step should be brought to public notice. Transparency involves subjectivity. In other words, reasons are important, such as why a certain person is selected to the exclusion of others or why a certain person, otherwise eligible, was either not considered or was rejected. The reason shall not ever remain only in the minds of the men at the smallest dimension in the highest tier. It must be on record to be verified in future.

All the aspects and reasons should be communicated to the government. One must remember that it is the government or the Cabinet, which under the Constitution, is to advice the President of India for making the appointments of judges. So, the Union of India must know all the reasons concerning everything that transpires in the matter of final selection of judges, from the beginning till the selection point. The real authority being the Council of Ministers headed by the PM to advice the President, it must be on record. The participatory role of any kind for the civil society and executive was totally excluded when the five-judge bench of the Supreme Court struck down the National Judicial Appointments Commission Act by a majority.

The decision-making process cannot be shrouded in utter secrecy and not traceable in future by anyone, whether the Executive, Judiciary or other Constitutional functionaries. If there is want of any record, then transparency and accountability will stand buried as far as appointment of judges is concerned. Secrecy may be needed in military strategy or scientific discoveries. Secrecy is not necessary in the appointment of judges at all. That does not mean that there should be any public hearing for making the decision. Non-transparency is the antithesis of democracy and rule of law. I have a further point to say. Now, this is the time of a dialogue between the Executive and the Supreme Court of India as to the manner in which the collegium should be further strengthened. Now the selection is confined to the Supreme Court only from among the Chief justices of different High Courts. A person could become a Chief Justice of a High Court not on the basis of merit. It is entirely depending on the date of the initial appointment, by which one can become the senior-most judge and the Chief Justice. Merely because of a person’s appointment on a particular date and eventually becoming a Chief Justice, his eligibility to be raised to the Supreme Court could not be a qualification. Many worthy candidates among the senior-most High Court judges could not reach the Supreme Court due to this. Therefore, the collegium must consider the best out of a zone, which prima facie, I may say that the senior-most five persons of a High Court can be included in this zone of consideration. Selecting the best out of the five would be the most advisable course. Having been a judge of the Apex Court and a member of the collegium, I know the significance, importance and the role they have to play in national interest, for the development and unfurling of law. So you must have the best available talents from all points of view. This cannot be done if they confine the selection only to the Chief Justices of various High Courts.

I have a further point to highlight. The collegium is the creation of judicial exercises. Even the word collegium was not mentioned in the deliberations at the time of making the Constitution. It came out much later considering the vast experience gained in the meanwhile. And it is in the Second Judges Case, which created the collegium. The Third Judges case expanded the collegium, with certain parameters in 1998. Now, a long period has elapsed. We have experienced or learned so many things — the plus and minus points of the collegium system. The Third Judges case was created, on account of a reference made by the President of India to the Supreme Court. It is on that reference a nine-judge bench was constituted by the then Chief Justice for deciding if there are any grey areas in the Second Judges Case and in what manner they must be corrected or clarified. Now, it is high time for the government to consider whether another reference can be made to the apex court for consideration of the whole matter by a still larger bench. The strength of the bench, which considered the Third Judges case, was nine. The new reference proposed here may be considered by a bench of 11-13. When a Constitutional provision is struck down or questioned on the basis of the ratio in Kesavananda Bharathi case, then five judges are insufficient to decide whether that basic feature question will affect the Constitutional Provision. It is different from considering a Statutory Provision.

Justice K T Thomas is a former judge of the Supreme Court of India.

This Article is first published Here. LiveLaw is re-publishing it with the permission of Justice KT Thomas. The Title is changed on instruction from Justice Thomas.