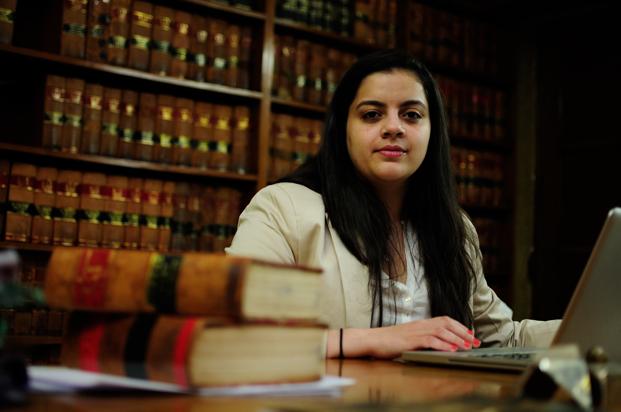 The Supreme Court of India's judgement in Shreya Singhal v. Union of India delivered on 24 March 2015 is a unicorn in Indian free speech jurisprudence. It was the first and only time a speech restricting law was struck down as unconstitutional instead of merely being read down. As noted by Sekhri and Gupta, the fact that impugned provision, Section 66A was a post-constitutional law which...

The Supreme Court of India's judgement in Shreya Singhal v. Union of India delivered on 24 March 2015 is a unicorn in Indian free speech jurisprudence. It was the first and only time a speech restricting law was struck down as unconstitutional instead of merely being read down. As noted by Sekhri and Gupta, the fact that impugned provision, Section 66A was a post-constitutional law which was routinely used by the police sets it apart from other pre-constitutional and rarely applied provisions like Section 377, IPC (criminalizing homosexuality) and Section 497, IPC (criminalizing adultery) which were struck down later by the Supreme Court. On the fifth anniversary of this landmark decision, we examine whether it has lived up to its promise and potential of being a springboard for comprehensive speech law reform in India.

But before we get to that, it is important to recapitulate exactly what was held by the Supreme Court on 24 March 2015. The case involved challenges to three key provisions under the Information Technology Act, 2000 ('IT Act'). This article is the first of a three part series, which examines the implications of each component of the case. In particular, here we look at the challenge to Section 66A of the IT Act which criminalized online speech which was grossly offensive, menacing or caused annoyance or inconvenience to others. While holding Section 66A to be unconstitutional, the Court enunciated two principles which deserve exposition: the doctrine of void for vagueness and the permissibility of discrimination across mediums.

Vagueness, Overbreadth and What Constitutes Incitement

The doctrine of void for vagueness had previously been applied by the Supreme Court in a non-speech context in State of MP v. Baldeo Prasad where the Court struck down provisions of the Goondas Act because it failed to define who was a goonda, and in AK Roy v. Union of India where the Court struck down provisions of the National Security Ordinance for failing to define essential supplies and services. The relevance of the doctrine was also recognized by the Supreme Court in a speech context in K.A. Abbas v. Union of India and Kartar Singh v. State of Punjab but in these cases, the Court did not strike down any provisions as unconstitutional for violating the doctrine. However, in Shreya Singhal v. Union of India, Justice Nariman took the argument to its logical conclusion and struck down Section 66A for being too nebulous to prescribe a clear standard of conduct for internet users, law enforcement agencies and courts.

In particular, the judgement builds on the void for vagueness doctrine and also adopts the doctrine of overbreadth which has evolved out of several free speech related matters in the US. The doctrine's chief purpose is to ensure that protected speech does not inadvertently fall into the category of unprotected speech. In Shreya Singhal, Justice Nariman considers the phraseology of the provision in conjunction with the manner in which it was being enforced. He concludes that the provision sweeps within it protected and innocent speech and therefore sustains a widespread chilling effect. As a result, Section 66A was struck down on the "... ground of overbreadth."

Notably, the judgement is also significant insofar its discussion on the breadth of people's fundamental right to free speech and expression protected under Article 19(1)(a) of the Indian Constitution. It discusses how speech subsists across a spectrum. This spectrum spans (1) discussion; (2) advocacy; and (3) incitement. Justice Nariman goes on to elaborate that mere discussion or even advocacy no matter how unpopular are key constituents of speech protected under the Constitution. It is only when speech escalates to the threshold of incitement is it prohibited and can be restricted under Article 19(2) which lays out reasonable restrictions to free speech.

According to the Court, only those speech acts which have an imminent causal connection with public order or any of the other protected interests under Article 19(2) may be characterized as incitement and prohibited. The Court also relied on Justice Brandeis' famous judgement in Whitney v California. In it, Justice Brandeis discusses that for speech to be unlawful there is a need to demonstrate that there was an immediate serious expectation of violence emerging out of the concerned speech. However, scholars like Bhatia suggest that it would have been preferable if Justice Nariman characterised incitement along the lines of the standard of "incitement to imminent lawless action" which was adopted in the Brandenburg v Ohio judgement instead of the now outdated "clear and present danger" test.

Applying these principles, the Court found Section 66A was unlawful because it was not limited to messages shared with the public at large and it did not require an individual to incite others to commit an act which would pose an immediate threat to public order.

One major argument advanced by the State was that laws which restrict speech over the internet should be subject to a lenient standard of judicial review. This is because the internet is a dangerous medium due to its reach, ease of use and relative anonymity. The Court rejected this contention. The Court clarified that while it was constitutionally permissible to enact laws which punish sharing illegal content on the internet more harshly than if the same content was shared offline. However, the Court held that such a law must still adhere to standards of clarity and narrow tailoring and relate to grounds under Article 19(2).

Such an observation by the Court holds particular significance in India's 2020 internet paradigm. India's internet population has expanded multifold and currently there are more than 650 million internet users. More than ever, the internet in India is characterised by the onboarding of first time users who are exposed to speech amplification platforms (social networks) which are defined by speed and virality. It will be interesting to see when future judicial matters of online speech are decided, or for that matter, during future legislative processes which seek to prohibit certain forms of online speech (amounting to incitement), how are characteristics of social networks (namely virality and amplification) taken into consideration.

Afterlife of an Unconstitutional Law

An enduring legacy of the Shreya Singhal judgement is that it teaches a lot in terms of the lifecycle of unconstitutional laws. Often we claim advocacy victories at the stage where a patently unconstitutional provision has been struck down by the Supreme Court. However, this case teaches us that there is much to be done in terms of implementation and enforcement to ensure real impact. Illustratively, despite Section 66A being struck down in 2015, a working paper published by Internet Freedom Foundation in November 2018 found that FIRs continued to be lodged by the police under this provision. More concerningly, it was even being applied by trial courts and high courts.

Taking note of this, the Peoples' Union of Civil Liberties, which was one of the original petitioners in Shreya Singhal v. Union of India, filed an application before the Supreme Court seeking enforcement of the judgement in December 2018. The Court expressed its displeasure at authorities continuing to prosecute internet users under Section 66A but it stopped short of imposing any penalties on errant officials. The Court further directed copies of the judgement to be disseminated to High Courts and Chief Secretaries of all States and Union Territories, who were then entrusted with passing on the information to district courts and police stations respectively.

This second round of follow up litigation made the government spring into action and during the hearings, India Code updated its version of the IT Act to include a footnote highlighting Section 66A's unconstitutional status. Positively, some states like Kerala finally closed its pending cases under Section 66A.

Since High Courts and Chief Secretaries were not directed to file any compliance reports, Internet Freedom Foundation filed RTI applications with all High Courts and across the country to ensure that information about striking down of Section 66A was relayed to all district courts and magistrates. Through the RTI responses, we learnt that some High Courts had not received any information about the directions passed by the Supreme Court, and they sent copies of the Shreya Singhal v. Union of India judgement to district courts only after receiving the RTI query.

RTI applications were also filed with the Central Government because it was responsible for informing Chief Secretaries of all States and Union Territories about the Supreme Court's directions. The responses received from the Ministry of Electronics and Information Technology and Ministry of Home Affairs revealed that while letters were sent to Chief Secretaries during the hearings in December 2018 and January 2019, there was no advisory issued pursuant to the final order dated 15 February 2019.

Lack of an established communication channel to disseminate information about such judicial pronouncements combined with the lackadaisical attitude of authorities in this case perfectly demonstrates limitations of strategic litigation in India. To convert judicial victories like Shreya Singhal v. Union of India into real results on the ground, constant monitoring and follow up litigation is often necessary. As the world grapples with the COVID 19 pandemic, we leave you with Justice Subba Rao's warning in Makhan Singh Tarsikka v. State of Punjab reminding us that disregard for rule of law by the State is also a contagion which must be contained: "The tendency to ignore the rule of law is contagious, and, if our Parliament, which unwittingly made a void law, not only allows it to remain on the statue book, but also permits it to be administered by the executive, the contagion may spread to the people, and the habit of lawlessness, like other habits, dies hard."

(As mentioned earlier, this article is Part 1 of a three part series in commemoration of the five year anniversary of the Supreme Court of India's decision in Shreya Singhal v Union of India. In Part 2, we discuss the Court's decision with respect to Section 69A of the IT Act and how that relates to the broader conversation on website blocking in India).