A Critique Of The Draft Code On Wages (Central) Rules, 2020 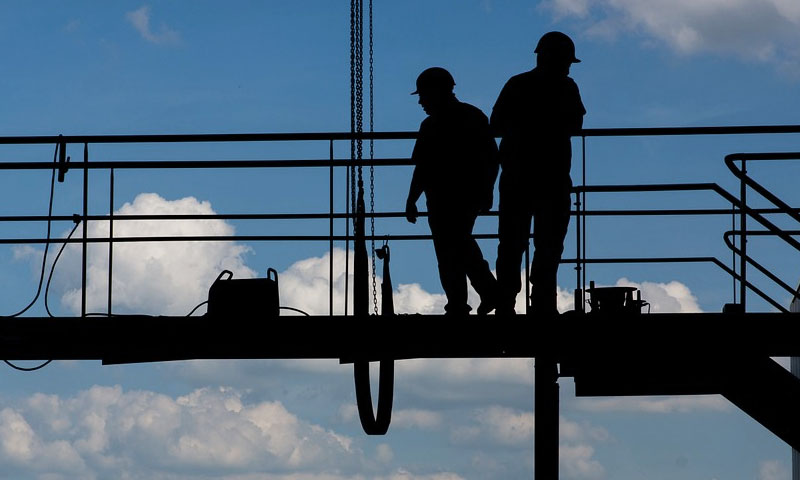 On 7th July 2020, in the exercise of its powers under section 67 of the Code, the central government published the Draft Code on Wages (Central) Rules, 2020 in the Official Gazette and placed it the public domain on 10th July 2020 inviting objections and suggestions, if any, within a period of 45 days. This article discusses the provisions in the Rules that need to be reviewed and changed in order to ensure that the wages fixed under the Code would at least suffice to meet the bare minimum needs of the workers covered by the Code and their families and prevent them from being exploited and sliding into poverty and indebtedness.

The Rules provide for the fixation of the minimum wage keeping in view the standard working class family which consists of an earning worker, his or her spouse and two children, the equivalent of 3 adult consumption units. Rule 3 indicates that the minimum wage should be fixed based on the estimate of expenses incurred by a standard working class family towards food, clothing, shelter, fuel, electricity, children's education and medical requirements, and also expenses on contingencies and miscellaneous items of expenditure. The food requirement is estimated to be a net intake of 2700 calories per day per consumption unit and the clothing requirement at 66 metres of cloth per year per standard working class family. The housing rent expenditure will be factored at 10 percent of the expenditure on food and clothing; the expenditure on fuel, electricity and other miscellaneous items of expenditure at 20 percent of the minimum wage and the expenditure for children's education, medical requirement and recreation and contingencies at 25 percent of minimum wage.

The aforesaid norms are largely based on the recommendations of the 15th Indian Labour Conference held in July 1957 and the judgment of the Supreme Court of India in Workmen represented by Secretary v. Management of Reptakos Brett and Co. Ltd. and another reported in AIR 1992 SC 504. Thus, the criteria prescribed for the fixation of the minimum wage is based on norms that were evolved decades ago. As a result, all the expenses incurred to meet the minimum needs of a family in the present day have not been taken into consideration. For instance, the expenses incurred towards transport, mobile phone bills and internet connection bills that constitute a significant portion of a family's monthly expenses have not been considered at all.

Thirdly, the estimates in respect of the clothing and housing requirements of a family are not in keeping with the realities of the present day. Estimating the clothing requirements of a family at just 66 metres of cloth a year is unrealistically low. It also does not take into consideration the additional clothing requirements of people in cold regions. In respect of housing, while the 15th Indian Labour Conference had recommended the consideration of the rent corresponding to the minimum area provided under the Government's Industrial Housing Scheme, the Rules provide for the computation of the housing rent expenditure at the rate of 10 percent of the food and clothing expenditure. Factoring the expense on housing at just 10 percent of the expenditure on food and clothing is unrealistic considering that the rent towards decent housing for a family in and around metropolitan areas will amount to at least Rs.5000/- each month. It would therefore be obvious that the criteria for fixation of the minimum wage under Rule 3 needs to be revised by holding consultations with representative organizations of workers and employers.

Categorization on the basis of skill

Sub-clause (a) of sub-section (6) of section 6 of the Code on Wages provides that for the purpose of fixation of the minimum wage, the appropriate government shall take into consideration the skill of workers by classifying them into the categories of unskilled, semi-skilled, skilled and highly skilled or the geographical area where they work or both. As per Rule 4(1), on the basis of the location of the workers, different minimum wages may be paid for workers in metropolitan, non-metropolitan and rural areas.

Schedule E to the Rules classifies jobs into the categories of unskilled, semi-skilled, skilled and highly skilled. It lists 123 jobs classified as unskilled, 127 as semi-skilled, 320 as skilled, and 111 as highly skilled. Certain jobs such as that of domestic worker and gardener do not seem to find place in the lists at all. As the lists contained in Schedule E appear to have been drawn up without effective consultations with representative workers' and employers' organizations, there is a need for reviewing the lists and making the classification, if necessary, after such consultation.

Computation of the cost of living allowance

Number of hours of work

Rule 3 provides for the fixation of minimum rate of wages on a day basis. As per Rule 6(1), a normal working day shall consist of eight hours of work and inclusive of the intervals of rest, the length of the working day shall not exceed nine hours. However, Rule 6(2) permits the spread over of the working day to extend to maximum of twelve hours a day. The length of the normal working day specified under the Rules is not in conformity with the Hours of Work (Industry) Convention of the ILO (Convention No.1) ratified by India. The daily hours of work should be fixed at 8 hours in line with the Convention No.1 and the spread over of the work day should not be more than 10.5 hours as provided under section 56 of the Factories Act, 1948. This is essential in order to prevent exploitation of workers to earn just the bare minimum wage.

Rule 58 merely empowers the Chief Labour Commissioner (Central) to frame an inspection scheme with the approval of the Central Government. It does not spell out any details of the scheme. Unless such a scheme is framed and approved, the provisions of the Code cannot be enforced. It would be ideal if the details of the scheme are incorporated in the Rules and not left to be prescribed by notification. Moreover, it should not be left to the Chief Labour Commissioner (Central) alone to frame the inspection scheme. The inspection scheme should be framed after holding tripartite consultations.

Minimum wages are an important tool for achieving social justice and it is therefore imperative that Rules pertaining to the fixation of the minimum wage and floor wage are framed taking into consideration the realities of the present day. Considering the fact that it is the Rules that govern the practical application of the law, it is necessary that the Rules framed under the Code of Wages further the goal of effective implementation of the law. The Rules in their present form do not do that. The Rules suffer from several shortcomings. It is hoped that the shortcomings will be remedied based on the suggestions made by stakeholders, in particular, workers' organizations. It is also hoped that while undertaking this exercise, keeping in mind the goal of universal coverage of the Code on Wages, gig workers, digital platform workers, anganwadi workers, scheme workers and other excluded sections of workers will also brought under its scope by making suitable amendments to the Code.

(The author is an Advocate practising in the Madras High Court. The author wishes to acknowledge the fact that some of the views expressed in this article have been shaped by discussions that she has had with the leaders of various trade union organizations.)