A Critique On The Epidemic Diseases (Amendment) Ordinance, 2020 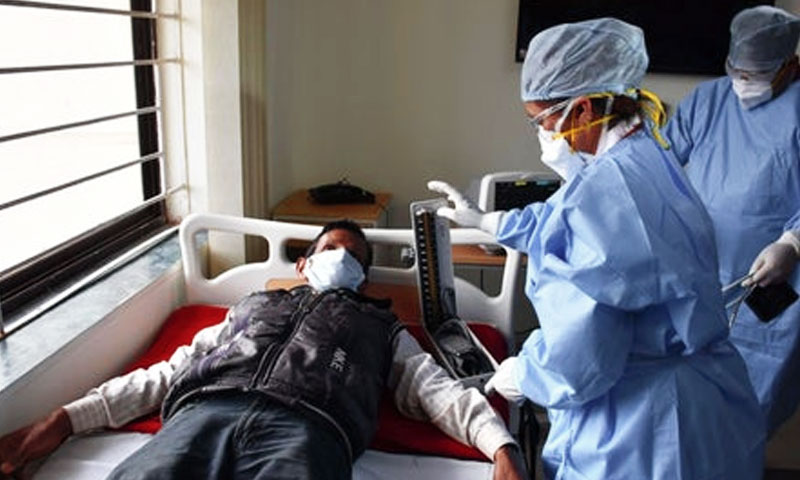 On 22nd April 2020, the Central Government has taken the "Ordinance route" to amend the Epidemic Diseases Act, 1897. COVID 19 has undoubtedly been probably the biggest challenge which the human race has witnessed in recorded history. On 11th March, 2020, when the WHO declared COVID 19 as a global pandemic, 1,18,000 cases were reported from 114 countries with 4,291 causalities. As on date these figures have crossed 29,21,000 with 2,03,299 deaths recorded globally. As far as India is concerned, the sheer size of this democracy makes this challenge unprecedented and unprecedented situations demand drastic measures – both executive as well as legislative. The Lockdown, which originally was ordered to be in force for a period of twenty one days w.e.f. 25th March, 2020, has been extended until 3rd May, 2020. A series of advisories and orders have been issued by the concerned ministries of the Government of India as well as the respective directorates functioning thereunder detailing the contours of the restrictive measures imposed for the prevention of COVID 19. A few State Governments have also issued separate lockdown orders. Undisputedly, the fundamental freedoms under Part –III of the Constitution are not absolute and can be curtailed under exceptional circumstances which now exists.

Of late, these restrictions have unfortunately been witness to several stray acts of violence against frontline health care service personnel as well as destruction of property. Several criminal cases have been registered against the violators under the relevant provisions of the Indian Penal Code. Though the Disaster Management Act, (Act 53 of 2005), is of recent origin, the punitive provisions thereof are found to be grossly inadequate and wanting. For example, in case of obstruction or refusal to comply with the directions, Section 51 prescribes a maximum punishment of 2 years only. The healthcare personnel had threatened to go on nation-wide strike if appropriate measures for their protection were not taken by the Government. The Healthcare Service Personnel and Clinical Establishment (Prohibition of Violence and Damage to Property) Bill, 2019 is still pending before the Parliament. Both the Houses of the Parliament stood adjourned sine die on 23.03.2020 after the "Budget Session – 2020" and circumstances undoubtedly exist which rendered it necessary for the Central Government to seek recourse to Article 123 of the Constitution for bringing about this amendment. The perpetrators of acts of violence cannot be allowed to get away on account of the inadequacies of the existing punitive law.

There must have been good reasons for the Central Government not to include "healthcare service personnel" in the definition of "Public Servant" in Section 21 of the Indian Penal Code, (IPC) thus preventing the applicability of the more stringent existing penal provisions of the Indian Penal Code, e.g., Section 333 - Voluntarily causing grievous hurt to deter a public servant from his duty (punishment – imprisonment of 10 years and fine). Thus, under the Ordinance punishment for causing "grievous hurt" to "healthcare service personnel" is punishable with imprisonment of 7 years only, for the same offence if committed against "Public Servants", IPC prescribes imprisonment which may extend to 10 years. It may be pertinent to note that even a mere threat of injury to public servant entails a punishment of imprisonment up to 2 years (or fine or both) under Section 189 of the IPC. The Ordinance however, doesn't have any equivalent penal provision to Section 189 IPC. Intriguingly, the original section 3 of the Epidemic Diseases Act, 1897, which is a deeming provision and prescribes penalty for disobeying any regulation or order made therein and makes such disobedience punishable under Section 188 of the IPC (Disobedience to order duly promulgated by public servant), has been retained and renumbered as Sub-section 1 of Section 3 of the Ordinance.

It is, however, the next two newly inserted sections ("3C' and "3D") which may merit closer scrutiny. By bringing in the element of "presumption", the court appears to have been empowered under the newly inserted section "3C" to presume that the person prosecuted for causing "grievous hurt" under Section 3 (3) "has committed such offence, unless the contrary is proved". Moreover, if the prosecution for this offence of causing grievous hurt "requires a culpable mental state on the part of the accused", the newly inserted Section "3D (1)" mandates that "the Court shall presume the existence of such mental state" with the caveat under "3D (2)" that "a fact is said to be proved only when the Court believes it to exist beyond reasonable doubt and not merely when its existence is established by a preponderance of probability". Thus, by not amending the Evidence Act (i.e. by not inserting a corresponding new provision similar to section 113A, 113B and 114A), the Ordinance creates a new hurdle against presumption of the existence of facts thus overriding section 114 of the Evidence Act and thereby denuding the court from drawing conclusions of fact against the existence of a culpable mental state of the person so prosecuted merely upon a preponderance of probability. Therefore, notwithstanding the shifting of the onus upon a person prosecuted under Section 3 (3), at the end of the trial when the Court, as a matter of fact, cannot derive any conclusion from a preponderance of probability. Section "3D (2)" therefore, renders this presumption in Section "3D (1)" perfunctory.

Amongst the newly added provisions in the Ordinance, Section "3E" is the last one. Sub-section (1) of Section "3E" provides for compensation payable by the convict in addition to the punishment of imprisonment and fine which has been prescribed in Sub-section (2) and (3) of Section 3. Notwithstanding the power of the Court to compound the offence, compensation shall still be payable in case of damage to any property, as prescribed under Sub-section (2), and "shall be twice the amount of fair market value" and recoverable under Sub-section (3) "as an arrear of land revenue under the Revenue Recovery Act, 1890".

Since the COVID 19 virus is of recent origin and the prospects of developing a vaccine to treat and prevent the spread of this pandemic is still some distance away, "time" definitely "is of essence". Inadequacies of medical facilities notwithstanding, strict quarantine and isolation measures are the only available means to control its outbreak. This naturally entails impositions of "reasonable" albeit "strict" restrictions upon free movement under Article 19. Thus, travel by railways, sea and air were suspended by separate orders. On 23rd March, 2020, the Ministry of Civil Aviation, vide a statutory order issued under section 88 (1) of the Aircrafts Act, 1934, closed all domestic scheduled flights operations. Similar orders, though non-statutory, were separately issued by the Directorate of Shipping and the Railway Board. Upon directions received in this regard from the MORTH, the NHAI temporarily suspended collection of User Fee on National Highways w.e.f 25.03.2020. Acting on the "guidelines" issued by the National Executive Committee (NEC) under the Disaster Management Act, intra-state travel restrictions were also promptly imposed by the respective States Governments. Courts, offices, markets, malls, schools, colleges, theatres - all were closed. The Nation has thus been witnessing a complete lockdown. The significant question which may arise is can a quasi-federal democracy like ours, when threatened with the outbreak of a Pandemic, await issuance of distinct restrictive orders from separate authorities or do we have the constitutional mandate to secure a single order of lockdown which may be issued with promptitude by a unified command created by a central legislation?

Thus, the most significant feature of this Ordinance, which perhaps appears to have escaped public attention and acclaim, is the amendment to Section 2A which now empowers the Centre to inspect and detain any bus or train or goods vehicle or aircraft, or of any person intending to travel therein, besides the pre-existing similar power in regard to any ship or vessel. The earlier section 2A, with the original heading 'Concurrent powers of the Local Government" was first inserted by section 2 read with the 1st Schedule of the Devolution Act, 1920, [Act 38 of 1920] as a sequitur to the Government of India Act, 1919 (9 & 10 Geo. 5, c. 101) and was brought into force "to relax the control of the Governor General in Council over Local Governments" thereby devolving certain powers which were then exercised by the Governor General in Council for the increasing the association of Indians in every branch of Indian administration, and for the gradual development of self-governing institutions, with a view to the progressive realization of responsible government in British India as an integral part of the empire. Section 2A, as it then existed, empowered the "Local Government" to "exercise all or any of the powers conferred by this Act on the Governor General in Council". It was again replaced and substituted by a completely new provision under the Adaptation Order of 1937, which again was a sequitur to the Government of India Act, 1935 which mandated the distribution of legislative powers and division of the fields on legislation under the 3 Lists between the provinces and the Centre – a feature which has since been carried over in the Constitution. The Central Government, in the event of a threat or outbreak of any dangerous epidemic disease, when the ordinary provisions of the law were insufficient to prevent its spread or outbreak, introduced an exclusive power through the newly incorporated Section "2A", to "take measures and prescribe regulations for the inspection of any ship or vessel leaving or arriving at any port" and for such detention thereof, or of any person intending to sail therein, or arriving thereby, as may be necessary. This feature, is indeed, a classic example of the superior legislative power of the Union Legislature.

Since the modes of travel over the past century have grown manifold by land, rail and air, by the amended Section "2A", besides ships and vessels leaving or arriving at any port, the Central Government has now correctly expanded this power to extend to "any land port" and "aerodrome" thereby also reserving to itself the power to inspect and detain "any bus or train or goods vehicle" "or aircraft". The mere thought that such power was not available to the Centre before this Ordinance demonstrates the insecurity with which the nation survived 83 years (i.e. since A. O. of 1937).

However, the Ordinance miserably fails in respect of the absence of a law under Entry 81 of List -1, (i.e. Inter-state migration; Inter-state quarantine). The threat of the spread of COVID – 19 has been witness to large scale reverse-migration of the labour force across the country. Different states have unfortunately been taking initiatives to bring back the migrant labour during the currency and in defiance of the lock down. This has seriously periled the untiring efforts of the nation to control the spread and outbreak of this pandemic. A quick legislative action to control and regulate inter-state migration is indeed the need of the hour.

Moreover, since the repeal of the Quarantine Act, 1870 by Act 3 of 1901, this field and the corresponding entry awaits legislative occupation and the absence of rules to be made and promulgated thereunder continues to render section 271 of the Indian Penal Code otiose. This is despite the fact that the nation has been witnessing several instances of suspects of COVID – 19 fleeing from the quarantine centres.

While the states are heavily dependent for provisioning of PPE and Testing Kits, sanitizers, medical equipment and drugs, the Centre, in the absence of its own census/data collection mechanism, is almost entirely relying upon the former to furnish daily figures of fatalities and the number of persons affected and cured. This reminds of the desirability to have a legislation similar to the Coroners Act.

One can hope and pray that by the time this Ordinance is repealed and replaced by an Act of the Parliament, the nation would have overcome this pandemic and we shall then again remain secure and valiant for at least a century.

(The author is an Advocate at the Supreme Court of India, and can be reached at tapeshsingh@gmail.com. Views are personal) 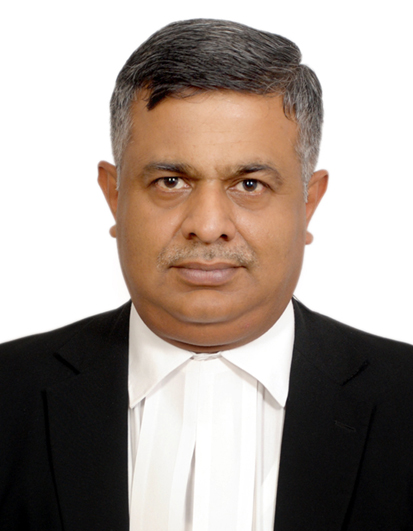