A Distinct Bail Legislation In India: A Desideratum 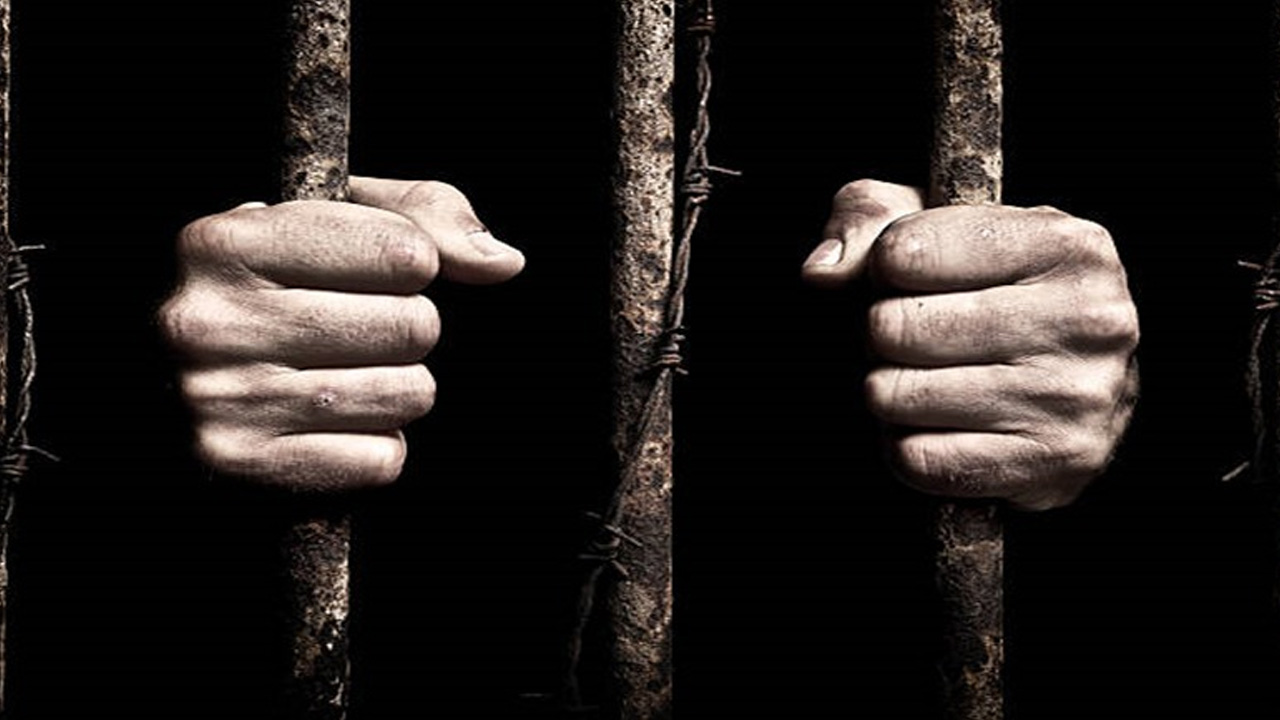 Understanding the concept of Bail in India The Black's Law Dictionary defines Bail as a form of security that is required by a court for ensuring the release of a prisoner based on the rule that he/she must appear before the court in the future.The concept of Bail is neither punitive nor preventive in nature, rather has an underlying object of ensuring the attendance of an accused,...

Understanding the concept of Bail in India

The Black's Law Dictionary defines Bail as a form of security that is required by a court for ensuring the release of a prisoner based on the rule that he/she must appear before the court in the future.The concept of Bail is neither punitive nor preventive in nature, rather has an underlying object of ensuring the attendance of an accused, by imposing a 'reasonable amount', at the time of the Trial (Sanjay Chandra v. CBI, 2012).

In the recent landmark Satil Kumar Antil case, the Hon'ble Supreme Court has defined bail as "a surety inclusive of a personal bond from the accused. It means the release of an accused person either by the orders of the Court or by the police or by the Investigating Agency."

The Court in this judgment has taken a detailed analysis of the provisions of Bail under the CrPC, which although is a form of procedural law yet adheres to the underlying principles of Article 21 of the Indian Constitution in order to ensure the protection of the fundamental rights of the citizens of the country. Further, it has classified the offenses into 4 categories- Category A (offences punishable with imprisonment up to 7 years), Category B (offences punishable with imprisonment beyond 7 years and death penalty/life imprisonment), Category C (Offences punishable under Special Acts such as that of NDPS) and lastly, Category D (Economic offenses). For these categories, the Court has then laid down steps that are to be followed in order to determine the kind of bail that is to be granted to the people based on different criteria involved.

While the court has also reflected on multiple procedural and substantial aspects that are affiliated to the concept of Bail, at the same time one of the key highlights of this judgment has been the request made by the Court for the government to bring forward a separate Bail Act in order to deal with the issues arising out of the application of the limited provisions of Bail. This is primarily due to the fact that these provisions have given a huge scope for the authorities to interpret them in varied ways, thus, not only creating an ununiform methodology for dealing with Bail applications but also impacting the execution of the same. While the Court has given the directive that a separate enactment should be brought forward, the question which needs to be looked upon is whether India should actually bring a separate Bail enactment? And if yes, then why so? And could possibly be included in the same?

Deficiencies in the Bail Mechanism

When it comes to Bail, the same has not been explicitly defined but finds its presence in the Criminal Procedure Code in certain sections. However, the same has been there since the era of colonialism, thus, needless to say requires advancement in order to deal with modern challenges. One of the greatest challenges that we see today is with regards to the clogging of the bail applications which results in the violation of the liberty of thousands of innocent people.While these people include activists and journalists to a great extent, at times they also include mothers of young children as a result of which children are forced to live in prisons with them which severely affects their development.A pertinent observation was also made by the Court in the judgment, that due to the common belief that conviction is rare, courts tend to go against the principles of conviction ("beyond reasonable doubt") and therefore end up dealing with bail applicable contrary to the legal principles underlying the same. Further, this also gets extended to the part of people staying in jail even after being acquitted by the

Grant of Bail at Trial Courts

Another important aspect that was highlighted by the Supreme Court was the implementation of the Bail provisions in the Trial Courts, which were described as the 'guardian angels of liberty' (para 68 of the judgment). However, in practise it becomes debatable to what extent the Trial courts are actually protecting these rights. Time and again it has been highlighted by the Courts that the district courts dismiss bail applications on vague grounds without actually thinking about whether continued incarceration is necessary or not. This results in the Supreme Court and the High Court being overburdened with the task of granting bails and one must not forget that the primary task of these courts, as also envisaged by the lawmakers themselves, is to deal with Constitutional matters and not be clogged with bail matters such that they outnumber the matters pertaining to constitution. However, unfortunately, the same isn't happening. Further, cases have also come up wherein although Bail has been granted to the accused, he or she has not been released,for a time period even greater than a year. Not only does this result in the public losing confidence in the criminal justice system but also results in overcrowding in the prison which acts as an extra burden on the state. Another common scenario witnessed is that it is becoming easier for the people belonging to the powerful, rich and influential background to seek bail while the same is being constantly denied to the poor and marginalized section which is a denial of justice in addition to human dignity. While the Supreme Court has issued guidelines on dealing with bail applications that specifically permit the Trial Courts to grant interim relief, during the filing of the chargesheet, based on the conduct of the accused during the probe, it is necessary to see to what extent implementation of the same will be followed by the Trial Courts as the same has been constantly shifting such burdens on the Higher Courts to reasons well-known which may also include political pressure at times. This reflects how the vagueness of guidelines, which is being misused, is affecting the whole system and infringing upon the rights of the citizens.

The Law Commission of India in its 268th Report has highlighted that the Ministry of Law and Justice, in the year 2015, itself demanded the commission to look into the 'need for a separate Bail Act' in accordance with similar legislations in countries such as the UK, however, later on, another letter by the Ministry, in the year 2016, directed the commission to only suggest necessary changes in the CrPC itself. While the changes made to the CrPC still do not serve adequately in dealing with the matter pertaining to bail, owing to the reference made by both the Supreme Court and the Ministry itself of Bail Enactments in other countries, it is pertinent to analyse the basic notions underlying such legislations and what could possibly be taken into consideration by India.

Australia introduced a separate enactment, known as the Bail Act 1978, to deal with the aspects of bail. It is a reform-oriented Act, which aimed at simplifying the Bail Procedure and in furtherance of the same classified offenses, in the context of bail, into three types- Firstly, where Bail was considered as an 'Entitlement'. The second category involved offenses, where the presumption was to be held in favour of Bail, and the third category was the one that neither involved a presumption in favour nor against bail. It also included the aspects of monetary valuation for granting bail and how the circumstances of every individual have to be taken into consideration.This was also highlighted by the Supreme Court in the Antil case, that often bail bond conditions are so unreasonable that it becomes impossible for an individual to get one. It must also be noted that this Bail enactment has also been frequently amended to suit the current needs.

Taking the example of the UK, separate legislation titled the Bail Act was brought in the year 1976. It involved a simple procedure for ensuring Bail which is to be granted to everyone except for the offenses that fall under Schedule 1 of the Act- which provides various grounds containing nature of offence and also continuity of the same that are to be taken into consideration. The main objective of the Act is to reduce the prison inmate population and reinforce the presumption that bail will be granted- which also includes an exception in cases wherein it is believed that the accused will not surrender to custody or commit an offence on bail or interfere with witnesses.

The United States introduced reformist legislation with regard to Bail in the year 1966 itself, which was known as 1966 Federal Bail Reform Act- as per which in non-capital cases there will be a presumption for release of defendants on their own recognition unless the judge felt that their attendance cannot be secured during trial and even in cases where such presumption was not taken into consideration, the Judge was supposed to impose the least restrictive conditions that were necessary to ensure release of the person. This was then replaced by the Bail Reform Act, 1984 which included the aspect of denial of bail in cases of probability of 'futurecriminality'. However, in the case UnitedStates v. Salerno the Supreme Court highlighted that such a change is dangerous and claimed that the norm is supposed to be liberty, whereas detention before trial is only an exception.

As highlighted by the Supreme court, on multiple accounts, the Indian Criminal Justice system suffers a major lacuna in terms of not being able to ensure the application of a just mechanism when it comes to the ones accused in a case. Not only does it highlight the gross human rights violations taking place in the name of 'conducting investigations' but also the deficiencies of the system that must be cured. While the CrPC does contain provisions and various judgements have also highlighted the grounds on the basis of which Bail must be granted, however, at the same time it is necessary to have a more simplified and detailed approach when it comes to Bail applications in India. Multiple other countries, as previously highlighted have already taken up separate legislation ensuring that the underlying principles of criminal justice system are not diluted due to certain biases which exist while dealing with such situations. Therefore, one of the key steps that can be taken by the Government to tackle such issues is to bring forward a separate bail legislation. Such a legislation must deal with offences in a distinct manner and set standards that ensure bail and rejection of the same on certain specific grounds mentioned in the Act itself. Further, the legislation must also give provisions for exceptional circumstances such as the case of mothers, in order to ensure that bail is granted keeping all of this in mind. Lastly, it goes without saying that provisions for monetary considerations must also be there in the legislation such that bail bonds are not set to a level which is not feasible by the concerned person. Therefore, in line with the bail legislations of the UK, USA, and Australia, the separate Bail Act of India must ensure the upholding of the principles underlying the fundamental right to liberty and also the presumption of Innocent until proven guilty.