A Personhood To The Rivers For Self-Protection 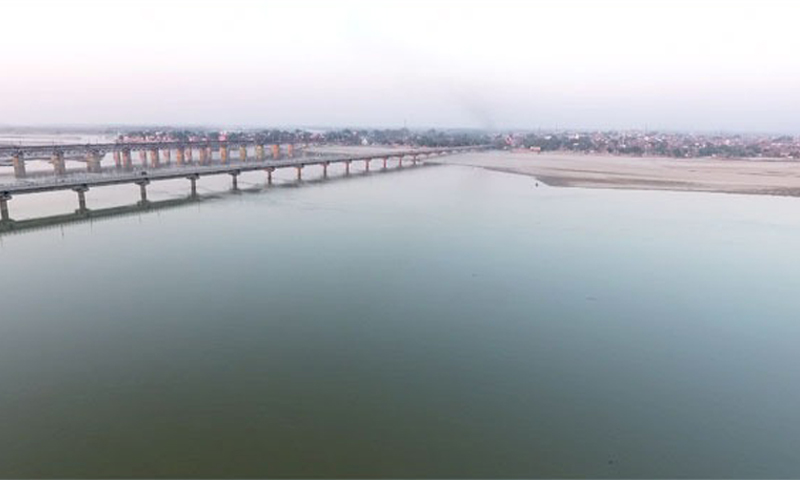 Rivers are the gift of nature. The protection of environment, starting with United Nations Conference on Human Environment at Stockholm in 1972, has intensely engaged the international community. Several legal artifacts, such as, the polluter pays, precautionary principle, public trust doctrine, sustainable development, etc., have been developed to meet the exigencies. The newest is –...

Rivers are the gift of nature. The protection of environment, starting with United Nations Conference on Human Environment at Stockholm in 1972, has intensely engaged the international community. Several legal artifacts, such as, the polluter pays, precautionary principle, public trust doctrine, sustainable development, etc., have been developed to meet the exigencies. The newest is – why can't the environment be conferred with the status of personhood to stand on its own legs? The movement for rivers as persons independent of natural persons has gained momentum in several parts of the world. Should India grant personhood to its rivers is the emerging question.

The rivers- Ganges, Indus, Brahmaputra, Cauvery, Mekong, Nile, Colorado, Danube or Amazon rise in the mountain, traverse in the highlands and plain and drains into the sea with or without forming a delta. None thought for ages that the mighty rivers can be tamed!!! However, after the advent of high dam technology in the middle of 19th century surprised everyone. For the great benefit of mankind particularly farmers, the rivers have been tamed. But, over the period of time, the taming have been causing ecocide. In this struggle between the right to development and right to the protection of environment, the concept of Sustainable Development was enunciated by Justice Weeramantry of the International Court of Justice (ICJ)[1]. Subsequently, the obligation to maintain ecological flows during the lean flow season has emerged. The environmental or ecological flow[2] which is essentially a water for self-protection of the river needs an independent voice, since the river to this extent, is itself a stakeholder. A demand for conferral of personhood on the rivers for their independent voice has thus gained momentum.

Now let's peep into the constitutional framework of rivers in India. The experience of working the Constitution that it is not rigid but flexible to accommodate different models of development and protection of the river. The river as a subject is a part of Entry 17 of the State list subject to the overriding powers of Parliament under Entry 56 of the Union List in the Seventh Schedule to the Constitution. However, there is no specific provision or entry in the Constitution in any of the lists in Seventh Schedule for incorporation of river as a person. The incorporation of river is not covered by Entry 43 or 44 of the Union List or Entry 32 of the State List. But, under residuary Entry 98 of the Union list read with Article 248 of the Constitution, the Parliament necessarily has legislative competence to declare river- both intra state and inter State rivers in India as a person[7].

On the question proprietary rights, the river water like any part of the nature is a Res Communis meaning common heritage of mankind. The Krishna Water Disputes Tribunal headed Mr Justice R.S. Bachawat[8] finds river as Res Communis[9]. However, it appears, the water and bed of a river are vested in the State by reference to Article 296 of the Constitution. The State legislatures have made specific provision in their land revenue law vesting the unappropriated water and riverbed in the State. But, under the public trust doctrine read with Article 48A and 51A of the Constitution, the State holds water or river bed as trustee on behalf of people[10].

The only river basin which has been granted personhood in India is the Damodar river under the Damodar Valley Corporation Act of 1948 enacted by the Central legislature under adapted provisions of the Government of India Act, 1935. It is modelled on Tennessee Valley Corporation on the initiation of first Prime Minister Jawaharlal Nehru and his Minister Dr B.R. Ambedkar. The River Boards Act of 1956 enacted by Parliament also provides for the constitution of a river board with personhood. However, both Damodar Valley Corporation and river board contemplated are for the comprehensive development of the river and river valley. The feasibility of formation of such comprehensive board or corporation which envisages overall development, though ideal, is doubtful in the present federal context. No river board has been constituted underscores the point.

Should rivers protect themselves through a human agency? It is a matter of common knowledge that the competitive development of the water resources of a river has led to the extraction of water to the last drop leaving the river bed dry and parched in several places in the country, particularly in the rainfed rivers. The parched beds have affected requirement of flora and fauna which depend on water. The concept of environmental flow which has emerged as a common obligation of all the developers of water whether in the intra State or inter State rivers for protection of river ecosystem. The common obligation of the developers of water is the right of a river to protect itself and survive. However, it cannot survive unless it gets its own voice. Secondly, the bed of the rivers have been under serious threat from the adjoining cultivators who encroach and builders who mine sand from the bed of the rivers. These activities have become prime cause for the floods. Thirdly, the conservation of river to abate the pollution from point source and non-point source has been a rising concern[11]. If rivers have the right to survive, shouldn't they have a personhood? In all fairness, the rivers should be granted personhood by law with necessary rights for self-protection against the developers and water users.

"The article is the written version of speech delivered on 22nd April, 2022 at the consultative workshop on "Rivers in Indian Law: Opportunities and Challenges for Legal Rights for Rivers in India" organised jointly by Tata Institute of Social Sciences and Bar Association of India."

The author is a Senior Advocate at the Supreme Court of India . Views are personal.

[2] Art 24 od the Berlin Rules (2004) framed by the International Law Association states as "State shall take all appropriate measures to ensure flows adequate to protect the ecological integrity of the waters of a drainage basin, including estuarine waters". See also Brisbane Declaration and Global Action Agenda on Environmental Flows (2007)

[7] The Parliament has enacted River Boards Act of 1956 with declaration under entry 56 of the Union list. The Act provides for constitution of the River Board for the river basins and river so constituted will be body incorporated under Sec 4(3). However, so far, no board has been constituted under the Act.

[8] Former judge of the Supreme Court of India

[11] River Conservation in India by Chandrasmita Priyadarshini published by IPleader.